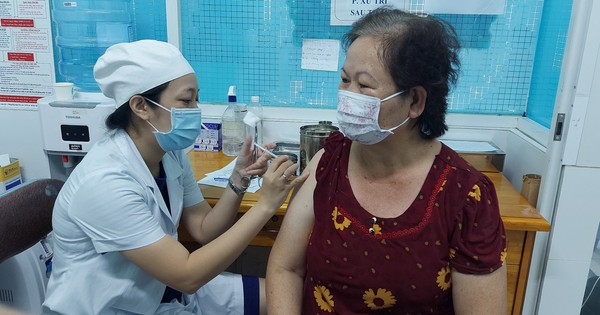 In Ho Chi Minh City, after nearly 2 weeks of launching the Covid-19 booster vaccination campaign, the results recorded a sharp increase in the number of vaccinations compared to the previous time.

Recorded at the Health Station of Da Kao Ward (District 1, Ho Chi Minh City) on the afternoon of June 29, many people queued up to wait for their turn to inject.

In recent days, at the Health Station of Da Kao Ward (District 1), the number of people coming to register for injections has increased to more than 200 people/day.

Pharmacist Tran Thi Thanh Nguyet, in charge of the Health Station of Da Kao Ward, said that the number of people coming for injections has gradually increased since June 10. “In the early days when the city launched the 4th dose vaccination campaign, the rate of people coming for injection was still low, about a few dozen times. However, in recent days, it has increased to more than 200 people / day,” said pharmacist Nguyet. 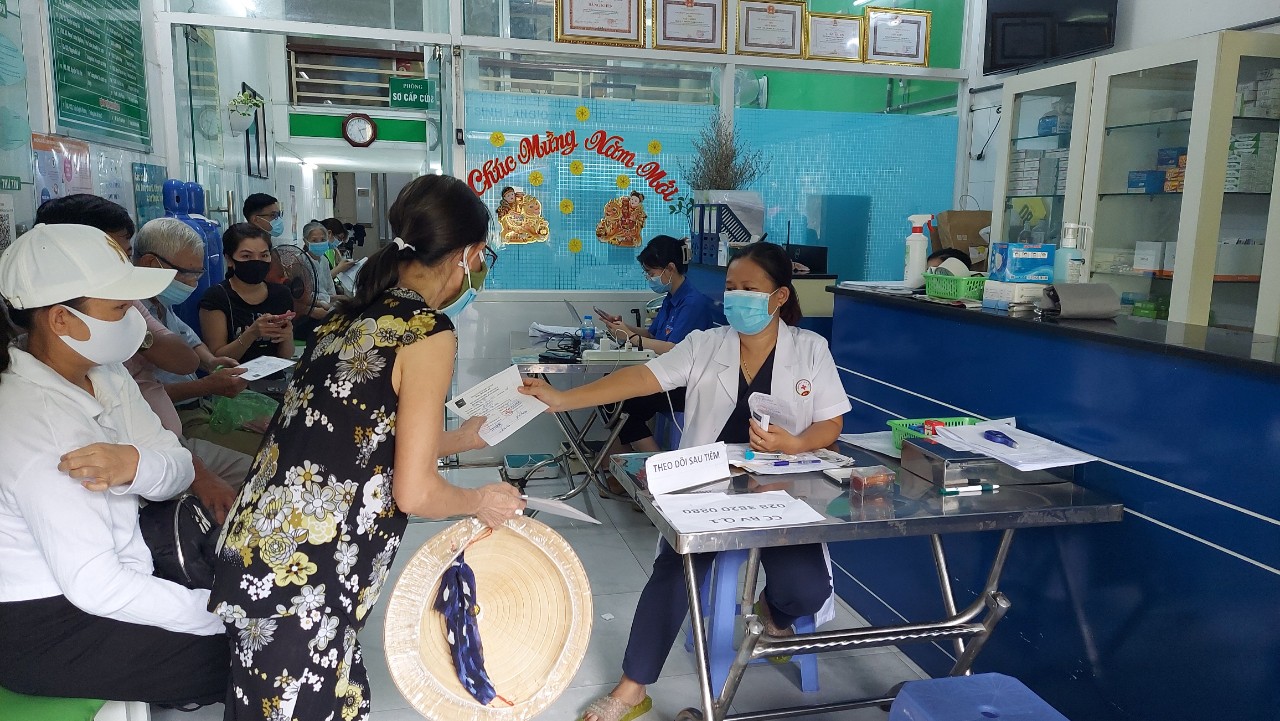 According to pharmacist Nguyet, at the station there were also cases where the 4th injection was scheduled but was not on the list, so they were not injected. However, because the person who is indicated for the 4th dose injection or the person who has not given the full dose in the ward, only needs a certificate of having received previous doses of the vaccine to be vaccinated. At the station will organize injections on weekdays, especially Saturdays and Sundays only organize morning injections. 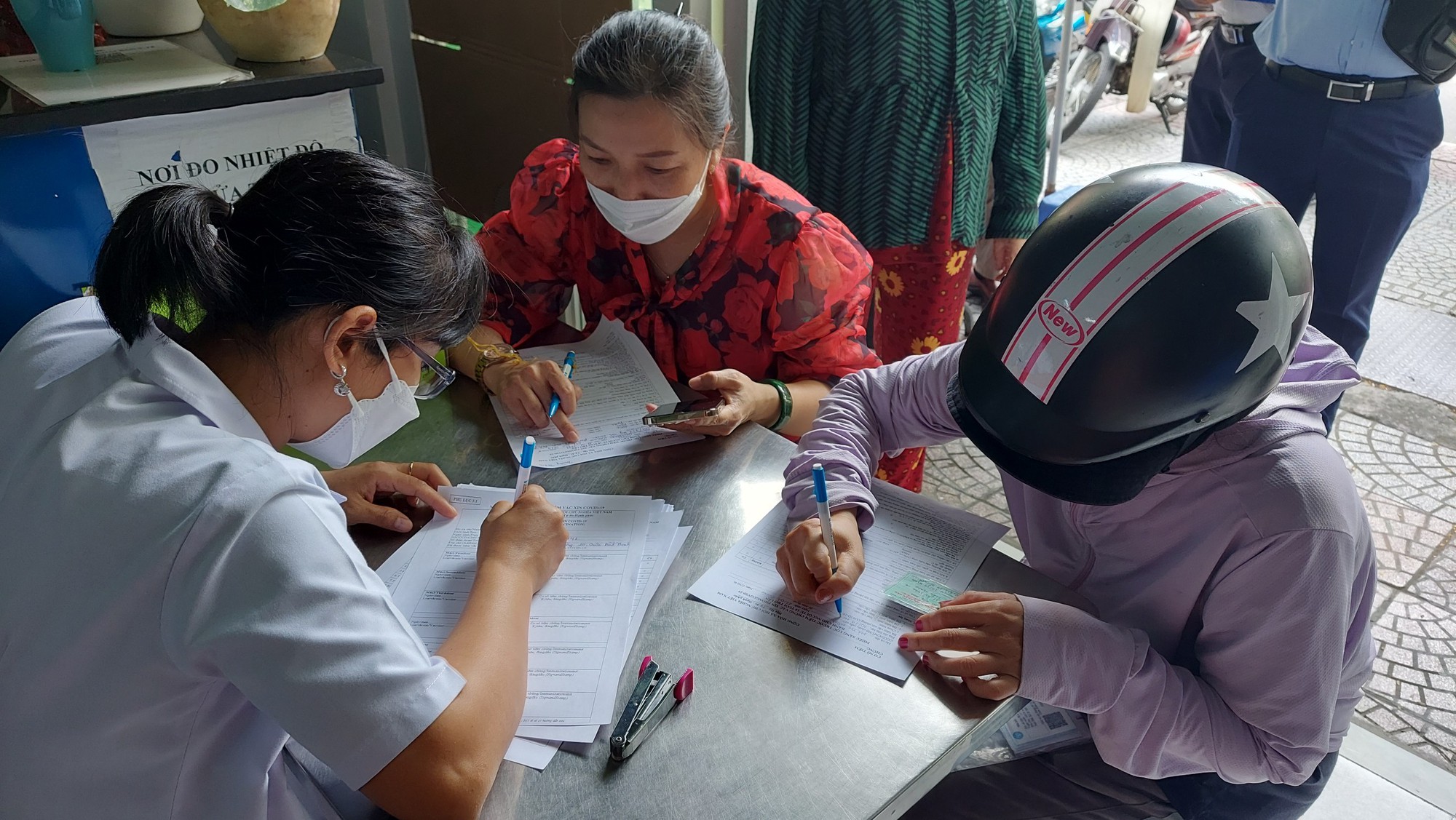 Although he was at work, he had a schedule of 4 vaccinations, so Mr. TVD. (living in District 1) also took advantage of the injection to be on time. Mr. D. Previously, he had received 3 doses of AstraZeneca vaccine, however, last March, he and his wife both contracted Covid-19. 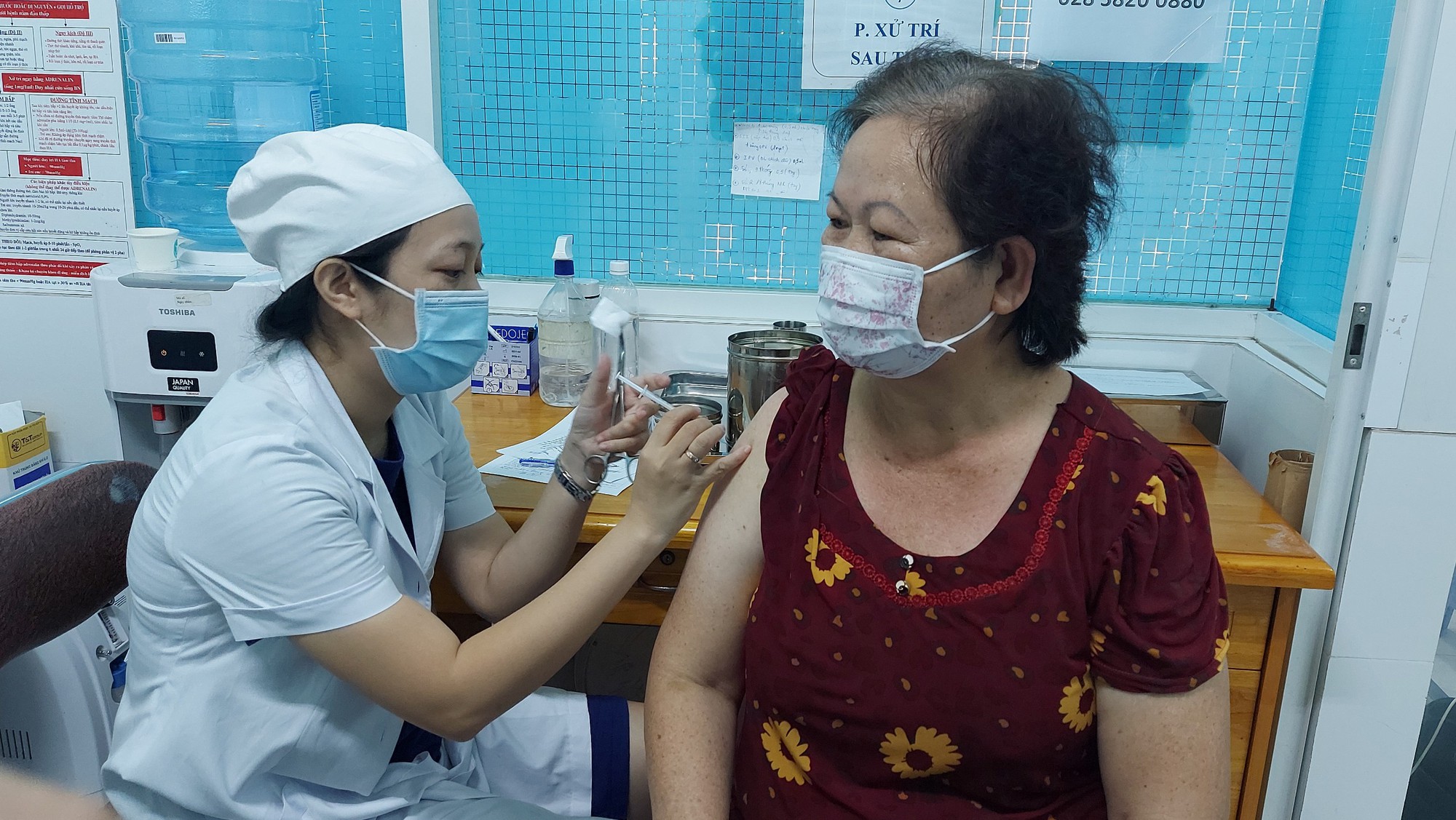 At the Da Kao Ward Medical Station, vaccination will be organized on weekdays. Particularly, Saturday and Sunday only inject in the morning. 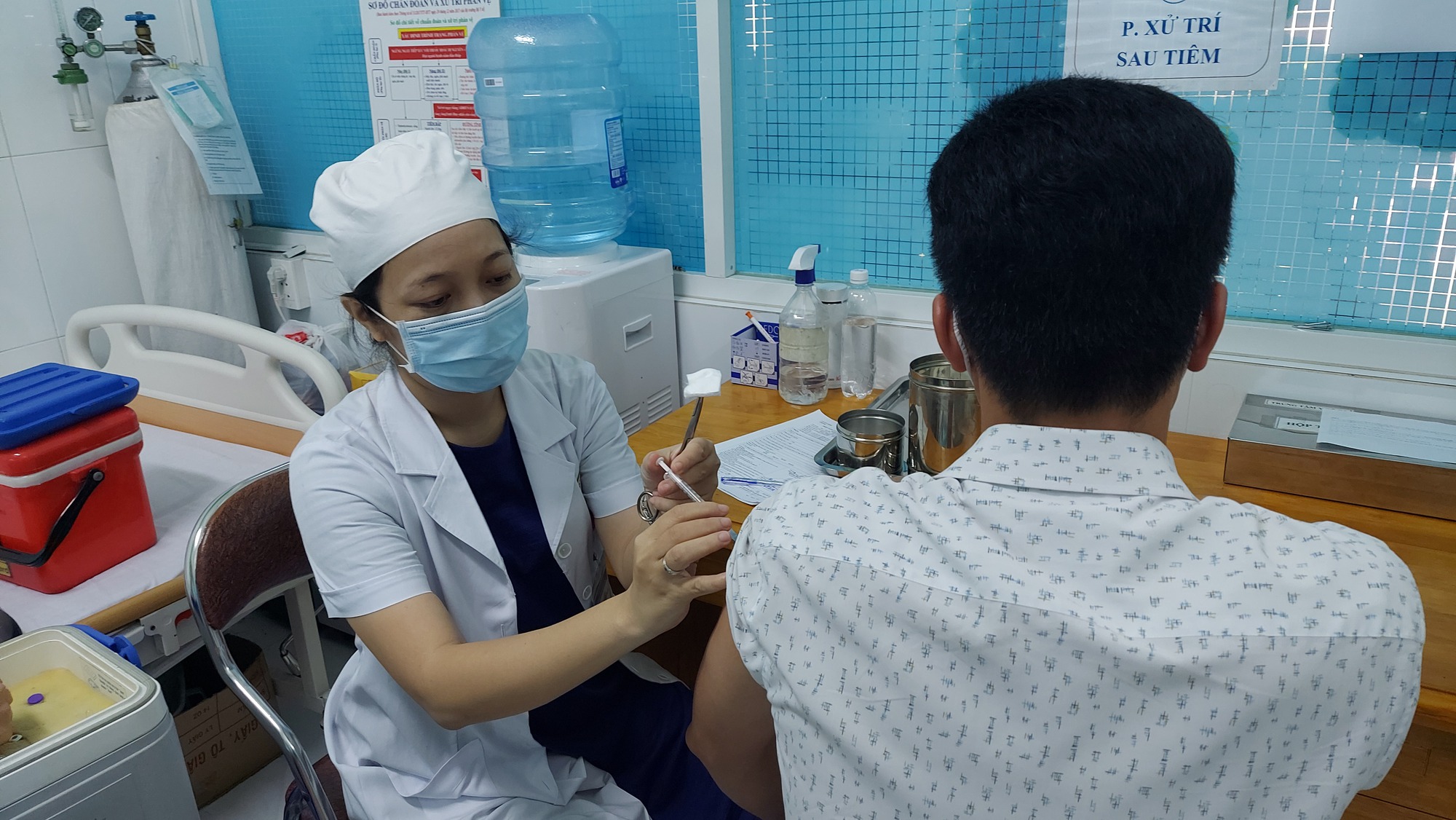 Worried about the new strain, when he was scheduled to vaccinate Mr. TVD. Take advantage of working hours to get injections according to the clinic’s appointment schedule

Not only has the number of people registered for injections in the wards increase, but many people who have difficulty moving also register for injections at home. According to the list, the mobile injection team of Le Van Thinh Hospital (Thu Duc City) also went to people’s homes in the area to give vaccines to the elderly and people with disabilities with mobility difficulties completely free of charge. 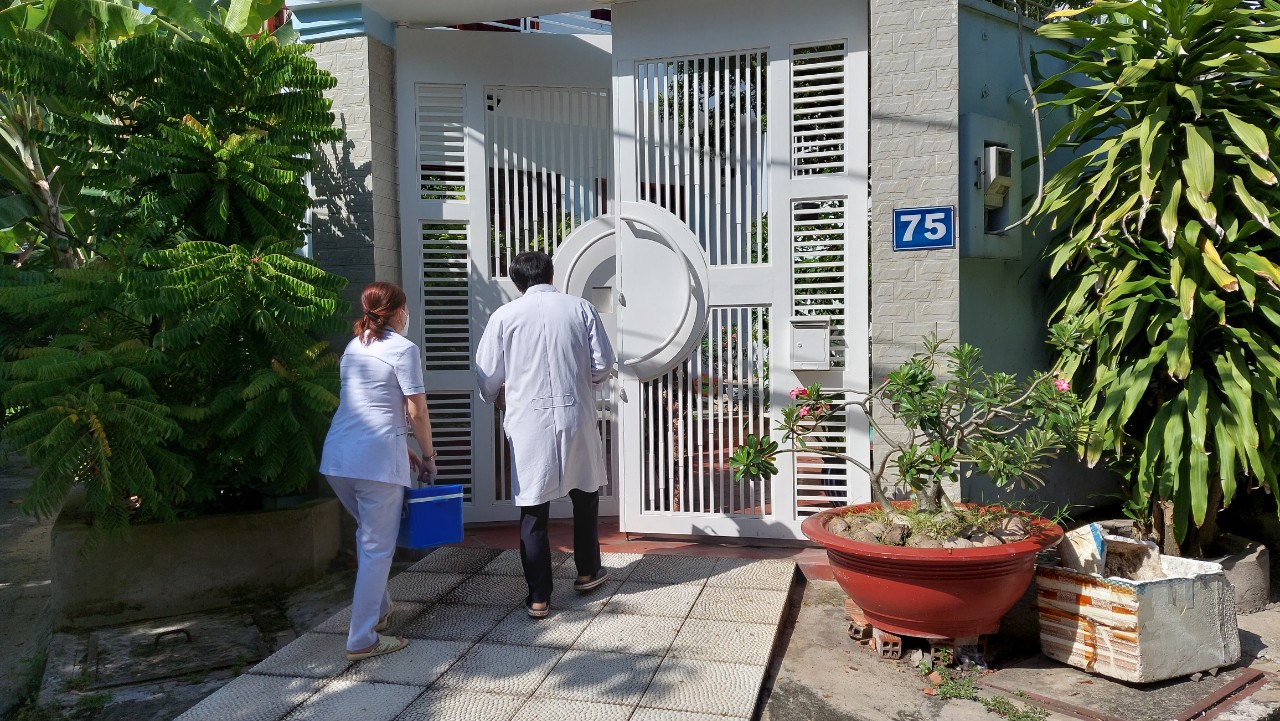 Ms. Nguyen Thi Sang (90 years old) shared: “Three times before, I had to ask my child to take me to the health station in the ward for injection. Being old and having difficulty walking, doctors came to my house today to give the injection. I feel secure. The doctors give very detailed and dedicated instructions.”

And Mrs. Nguyen Thi Ngoc (58 years old) was worried when she heard that the B.A5 mutation was capable of spreading quickly, so she also registered for vaccination. After only 1 day, the doctors and nurses came to her house to give her an injection.

“Vaccination at this time is very necessary when the Covid-19 epidemic is still happening, especially new strains. Having a doctor come to my home for examination and vaccination, I feel happier and more secure when I am vaccinated. protection” – Ms. Ngoc expressed. 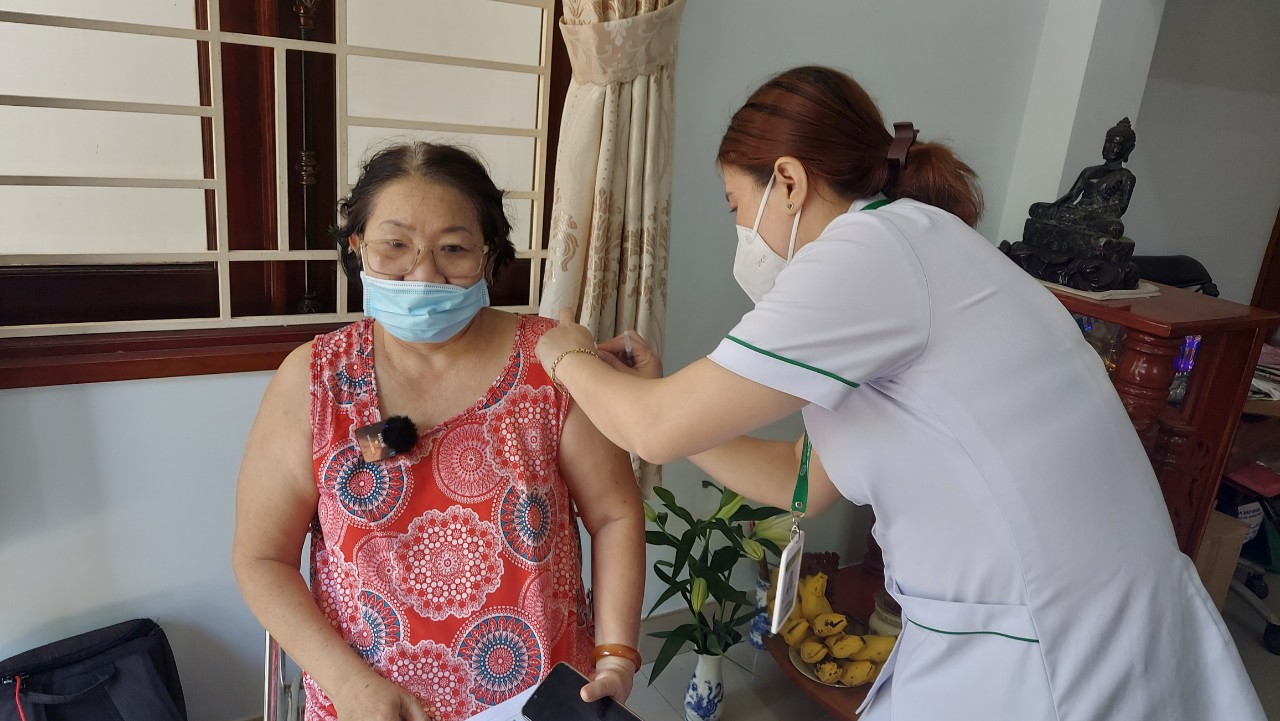 Doctor CCII Phan Van Duc, Deputy Director of Le Van Thinh Hospital, said that the 4th dose vaccination is very necessary to create safe immune antibodies to prevent new strains. Therefore, people should not be subjective to the potential risk of the disease.

Doctor Pham Xuan Hai, Deputy Director of Thu Duc City Medical Center, said that after nearly 2 weeks of launching the booster vaccination campaign in Thu Duc City, the number of people coming for injections is increasing. Specifically, increasing from 5,000, 10,000 until now, nearly 50,000 doses have been injected.

“Over the past 2 days, the number of injection stations in Thu Duc city has increased, each station currently injects about 700-800 doses. The large number should have a day of injection to 18 hours” – Doctor Hai shared.