With what comes out in WWDC 2021, Apple can “kill” these apps and devices 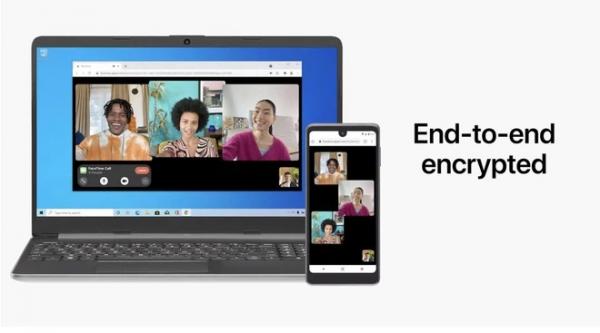 Apple has launched a lot of new features during the WWDC 2021 event, and many of them directly threaten existing applications.

Apple has a lot of creativity on their various software platforms, but there are also many “new” features that seem to be inspired by other tools, apps, and even operating systems, making it easy to see why. developers wonder what will happen to their products when they are no longer needed because Apple has made something similar.

At WWDC 2021, Apple introduces a lot of new features and many of these features are really worrying for developers, because their products can be “killed” by Apple.

Zoom (and other video conferencing applications)

It’s hard to imagine a tool as useful during a pandemic as video calling and conferencing (with the exception of soap and sanitizer). We’ve all spent countless hours on Zoom, Skype, and Google Meet working, and when it’s done, many of us turn to Apple’s FaceTime to chat with family at home.

FaceTime on Android and Windows

With its simplicity, even the elderly can easily use FaceTime, but it is too simple to use in the company. With iOS 15, iPadOS 15, and macOS Monterey, FaceTime is about to rival Zoom, with grace features that allow voice enhancement while eliminating background noise, and the ability to create and schedule links in advance. FaceTime calls. Most importantly, Windows and Android users can also participate in FaceTime calls through the web interface, thus no longer relying on Apple hardware.

Traveling on public transport in a city you’ve never been to can be a daunting challenge. Not only do you have to figure out which trains or buses to take, but you also have to know when to get off to get to your desired destination. That’s why there are apps like Citymapper, which function like satellites for subways, buses and trains.

But in iOS 15, Apple is incorporating similar functionality into Maps to convince iPhone users not to use Google Maps instead. Not only will you see the progress of your vehicle updated in real time, you will also receive advanced alerts on when you need to get off and then directions to where you need to go. you back on the road.

Nothing motivates you to work out like the perfect tracks and your favorite artists, which is what Peloton has leveraged in its Artist Series collaboration with celebrity: a series exercises in which the entire music is centered around a single artist as part of a formal partnership.

With Fitness, Apple is aiming for Peloton’s success, and with the help of the company’s massive music streaming service, it will soon introduce the new Artist Spotlight Series, where workouts will feature an entire roster from a single artist. The first themed exercises will be based on the music catalog of Lady Gaga, Keith Urban, Alicia Keys and Jennifer Lopez.

iPhones and iPads have been compatible with wireless keyboards for years, making typing easier and helping turn both devices into true productivity tools. That’s led to makers of multi-device keyboards and mice that can quickly switch between controlling different devices — like laptops, phones, and tablets — through a single switch. simple change. With macOS Monterey, a new feature called Universal Control will make such accessories unnecessary for Apple users. A mouse and keyboard (or trackpad) can be used to not only control multiple devices, but to control them all at once, when the pointer can move to another device’s screen.

This feature takes it a step further and allows for easy dragging of files between Apple devices, simplifying the way iOS and macOS devices share documents. You may find this feature similar to “Mouse without Borders” on Windows, but the way Apple does it is much more intuitive and logical.