Will the iPhone SE 2022 copy the design of the Xiaomi smartphone? 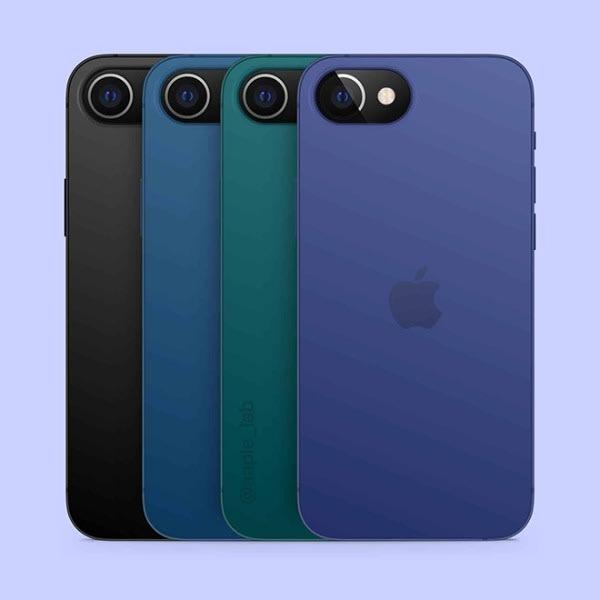 Apple launched the iPhone SE 2 last year with the same A13 Bionic chip as the flagship iPhone 11 model.

That is why the iPhone 11 won the hearts of customers immediately. This device has several other highlights. So it shouldn’t come as a surprise that Apple releases a new model from this series, with the iPhone SE 2022 expected to hit the market as soon as next year. If you believe in many sources, the machine will adopt a new design.

As you can see, the iPhone SE 2022 will adopt an all-screen design for the first time. Compared with the current large bezel screen design, it will use a hole punch screen solution in the middle. There’s only one opening on the front, so this iPhone has a better front-facing photo effect.

Due to the reduced area of ​​the upper part of the screen, the iPhone SE 2022 also loses the highly secure Face ID facial recognition feature. The device will come with a side fingerprint recognition power button for biometric identification, which was also present on the iPad Air 4 before. Apple has released iOS 14.5 and iPadOS 14.5 that address the facial recognition problem with a mask, and it is seen as more useful in the current situation.

In addition, the back of the iPhone SE 2022 will still use a single camera solution, so Apple will once again rely on its ideal imaging algorithm rather than hardware.

It is worth mentioning that the outside of the camera module also carries a silver bracelet. The overall visual effect is very similar to the angelic effect of the Xiaomi Mi 11. Although Apple has always been considered a pioneer in many aspects and has a unique design, this makes many people think that Apple has decided. copy the design of Xiaomi.

In terms of performance, the iPhone SE 2022 will still come with the A13 Bionic chip, 4 GB of RAM and three options of 64 GB, 128 GB and 256 GB of internal memory. The phone will be available in Black, Blue, Green, and Purple.

Will the iPhone SE 2022 copy the design of the Xiaomi smartphone?