Why did gasoline prices increase to the highest level in 7 years? 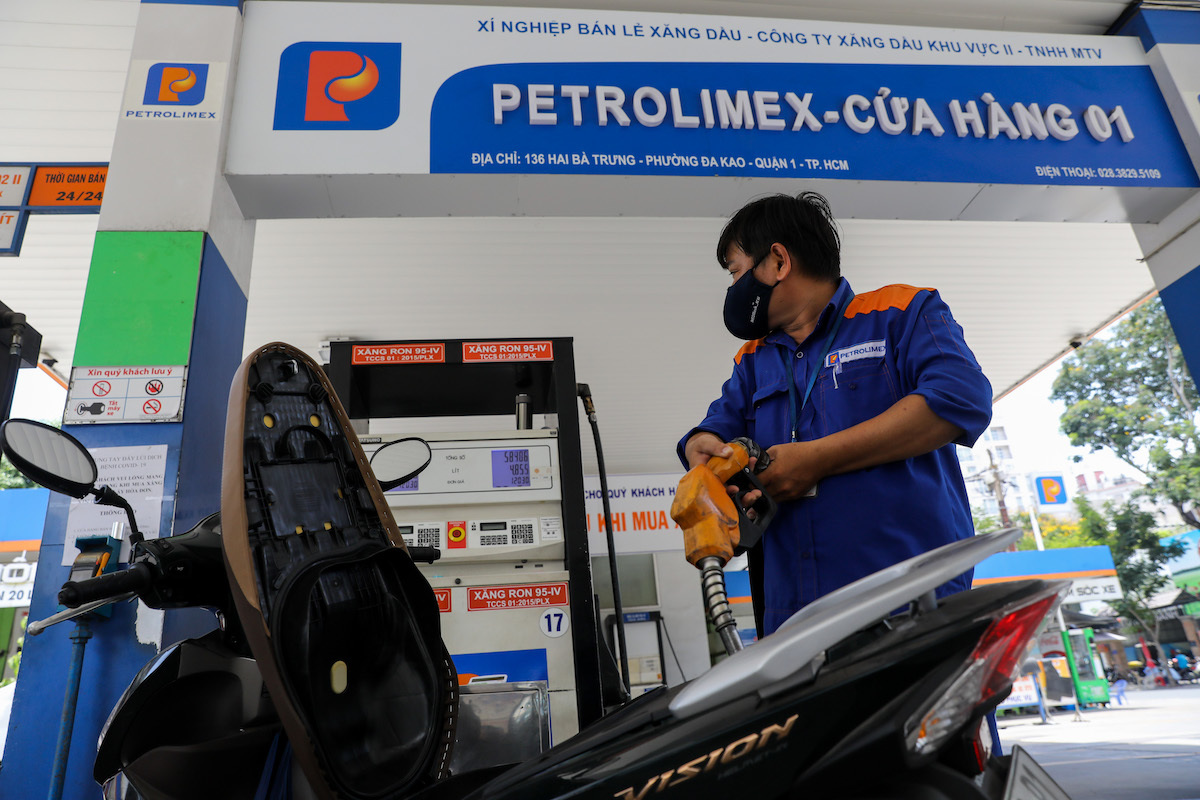 Yesterday (October 26), the Ministry of Industry and Trade – Finance decided to sharply increase the retail price of gasoline and oil in the country despite using the Stabilization Fund. Each liter of E5 RON 92 gasoline increased by VND 1,430; RON 95 gasoline adds 1,460 VND. Oil products are also more expensive by 120-1,170 VND per liter, kg depending on the type.

The sharp increase of domestic gasoline prices was influenced by world fuel prices. On October 25, crude oil prices recorded a historic increase, when the price of US light sweet oil (WTI) for futures delivery at one point touched $85.41 a barrel, the highest since October 2014, prior to the date of delivery. when it fell to 83.76 USD a barrel at the end of the session. Brent crude also rose to $86.43 a barrel at the same time, the highest level since October 2018. Both major oils are up about 20% from the beginning of September.

The record price level was set as global supply remained tight amid continued growth in fuel demand in the US and elsewhere in the world, after economies gradually reopened following the pandemic. Covid-19.

In addition, the lack of gas supply in China, India, and Europe while the US crude oil reserve level decreased… also made oil prices go up. Goldman Sachs forecast, Brent oil price is likely to exceed $ 90 a barrel.

In the face of the world price increase, the retail price of gasoline in the country has increased a total of 4 times since the beginning of September. with an increase of more than 3,200 VND per liter with gasoline, over 2,100-3,000 VND per liter with oil. Compared to February, each liter of RON 95 gasoline was more expensive by nearly 7,200 VND; E5 RON 92 gasoline adds 6,800 VND.

However, with the increase on October 26, the Ministry of Industry and Trade – Finance said that the domestic gasoline price was still adjusted lower than the increase of the world price, thanks to the price stabilization fund tool.

The Ministry of Industry and Trade said that the Price Stabilization Fund has continuously spent 100-200 VND per liter and kg for each type of gasoline and oil from the beginning of the year until now. Yesterday’s operating period, if there is no increase in fund spending with gasoline E5 RON 92 and RON 95, the prices of these items will increase by 1,859 dong and 2,527 dong per liter, respectively.

“Thanks to the stabilization fund, the domestic gasoline price has increased lower than the world price fluctuation,” the Ministry of Industry, Trade and Finance said in a statement released on the afternoon of October 26.

The average price of finished petroleum products on the world market used to calculate the base price increased from 59.08% to 76.03% while the domestic gasoline price from the beginning of the year so far has only increased by 40.23% to 52, 59%.

In addition to the direct impact of increasing product costs, the increase in gasoline prices also increases the price of goods in circulation, puts pressure on inflation, reduces the competitiveness of domestically produced goods and income. people’s spending.

Mr. Ngo Bich Lam, former General Director of the General Statistics Office, estimated that a 10% increase in gasoline prices will reduce GDP by about 0.5%, but increase CPI by 0.36 percentage points. This reflects the strong impact of gasoline price fluctuations on economic growth.

In this aspect, expert Ngo Tri Long also believes that the increase in petrol prices will affect the recovery of production and business after a period of stagnation. Mr. Long said, operators need to use more flexibly operating tools, such as the Petroleum Price Stabilization Fund to regulate and keep the domestic price increase unchanged to reduce the burden and input costs for employees. enterprise.

The Petroleum Stabilization Fund can be seen in the event that the world price is increasing “vertically”, when it has surpassed 100 USD a barrel with RON 95 is considered a rescue tool, helping the domestic price keep increasing at a slower rate. world price. But currently, the balance of this fund at key businesses and importers of petrol is not much, even many units record negative funds up to hundreds of billions of dong.

According to data from the Vietnam National Petroleum Group (Petrolimex), by 16:00 on October 26, the petroleum stabilization fund at this group was negative 262 billion dong. Meanwhile, the price stabilization fund at PVOil was also negative by more than VND 697 billion (until October 11). This number is significantly lower than the negative level of more than VND 710 billion in early September of this business.

By the end of August, there were 15 out of 35 petroleum importers and traders that recorded a negative price stabilization fund with a total negative level of more than VND 1,470 billion. 20 petroleum traders have not had negative funds. The balance between the number of enterprises with negative funds and the number of positive funds of the leading enterprises, the remaining balance of the stabilization fund is not much, about 600 billion VND.

At this level, experts believe that with only a few strong price adjustments, if no other operating tools are used, the entire accumulated petroleum stabilization fund will no longer exist, even negative funds. In mid-2019, the petrol price stabilization fund used to be negative by more than VND 620 billion due to strong fund expenditures from the fourth quarter of 2018 and the first months of 2019.

Another executive tool mentioned by experts to “control” domestic gasoline prices is tax reduction. Currently, in the basic petrol price structure, taxes and fees account for more than 60% of each liter of gasoline, depending on the type. The most significant is the environmental protection tax rate, with gasoline E5 RON 92 is 3,800 VND per liter, gasoline RON 95 is 4,000 VND per liter, diesel oil is 2,000 VND…

“The Ministry of Industry and Trade is working with the Ministry of Finance to calculate and consider reducing taxes on gasoline, possibly environmental protection taxes, to keep prices stable in the country,” said Ms. Le Viet Nga – Deputy Director of the Market Department in Vietnam. (Ministry of Industry and Trade) said at the agency’s press conference last month. Accordingly, the option being studied is to reduce a part of environmental protection tax with E5 RON 92 gasoline.

Also thinking that the operator should consider reducing the environmental tax on gasoline, a leader of a petroleum business in Hanoi said, the reduction could be 1,000 VND per liter with E5 RON 92 gasoline.

He analyzed, when the fund to stabilize the space is not much and the possibility of negative fund is very large before the current price fluctuations, reducing taxes and fees in petrol is an operating tool to help “pinch” the price of this item. This is to help businesses and people avoid major impacts from the increase in input fuel prices on production, business and life when the economy returns to a state of recovery.

“The price of gasoline is this high, people will consider switching to E5 RON 92 more, the proportion of consumption of this gasoline will increase. Reducing environmental tax with this gasoline will reduce pressure on manufacturing enterprises, people,” he said.

However, the reduction of this tax, according to experts, must consult the competent authorities, and affect the budget revenue, so the above solution will be difficult to decide in the short term. In the short term, businesses need support to restore production, the “weighing and counting” using a flexible and reasonable price stabilization fund when “capital is still very thin” is for the operator to consider and calculate. .

On the side of the Ministry of Industry and Trade, the representative of this agency affirmed that it always closely follows the movements of world gasoline prices and coordinates with the Ministry of Finance to manage this product to best serve the economy and ensure support. for people and businesses.