What will Ford Super Duty look like after being hit by lightning? 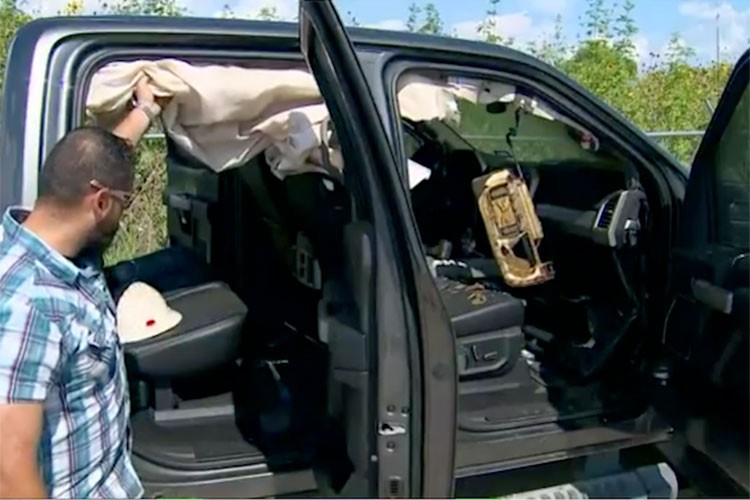 This seems to have happened in the United States. Through new images posted on the social network Facebook on July 20, 2021, it can be seen that a Ford heavy-duty pickup truck was struck by lightning.

As a result, the Ford Super Duty gets hit by lightning punctured and blackened the windshield. However, things did not stop there, even the interior of the car was badly damaged.

Inside the car Ford Super Duty pickup, many details were melted by lightning containing 300 million Volt current such as the dashboard and the makeup mirror on the driver’s seat. Even the lightning also created a large groove, dividing the dashboard face into two. Even the number plate on the dashboard of the car was scorched.

Thankfully, at the time of the lightning strike, there was no one inside this Ford Super Duty. The The pickup truck was struck by lightning while parked in the dealership’s yard. Therefore, there were no human casualties in this accident.

Basically, cars, specifically hard-top cars, are a safe place to be when it rains and thunders. The reason is that the car is equipped with a metal frame inside, which conducts electricity around the occupants and then transmits it to the ground safely. At this point, the car will essentially become a Faraday cage and protect anyone inside the car. However, convertibles do not have the ability to protect the occupants during thunderstorms and thunder because they are not equipped with a completely surrounded metal frame.

When it rains and thunders, if possible, you should pull over to the side of the road and do not touch any metal parts. It’s best to put your hand on your lap and wait for the storm to pass.