What is the barrier for ‘creepy’ Vietnamese movies? 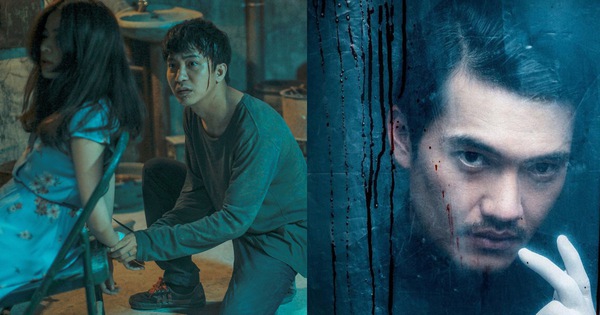 At the beginning of 2020, the thriller film line promises to explode on the Vietnamese big screen: director Thanh Hai’s eyes and ears, Invisible evidence by Trinh Dinh Le Minh (remake from Korea), Monster heart by Ta Nguyen Hiep, Parallel by Nguyen Huu Hoang (remade from Spain, reversed to 2021 because of COVID-19), Guardian angel by Victor Vu (scheduled for March 8, 2021).

When 2020 is almost over, we have to accept the fact that this series has not been as successful as expected.

If Vietnam wants to have a good film market, all genres must be developed equally. The audience cannot watch a genre forever. Rap Viet also has 20 years in the dark, but thanks to the persistent rappers, today rap has become the official music line, no longer a supporting artist.

“Dead point” is the scenario

The crimes that disturb the society are a great inspiration for the film world to exploit the subject of crime. The thriller series is often focused on villains, mentally problematic or degrading characters – unique character models of this genre and no less typical in society, to deliver messages. expensive.

Director Ta Nguyen Hiep shared his thriller inspiration: “Behind the cases are stories, characters, fate. I always wonder how the perpetrator confronts myself, paying the price like that. Come on “.

Obviously, if this series is done well, it will have both artistic, commercial and entertainment value, a deep social message, and sometimes a voice of denunciation and critical criticism.

Talking with Tuoi Tre, screenwriter Tran Khanh Hoang (judge of the talented screenwriter) said that until now, Scandal: Red carpet secret (released in theaters 8 years ago) by Victor Vu is still a difficult shadow to overcome of thriller Viet. Filmmakers appreciate this work because it’s careful in terms of workmanship.

Why don’t we have more such good works? Tran Khanh Hoang commented that the problem is the lack of good scenarios.

“The thriller series should have a higher position in Vietnam because it is a very attractive genre. The biggest hurdle is the lack of strong writers to write powerful enough and excellent enough scripts.

However, out of these, some films have weak scripts or are heavily edited after evaluation (That Son of Spirit), so they cannot maintain their quality.

IN Monster heart – The film hits theaters on November 20, the script weaknesses are clearly shown when there are many illogical details, leaving big gaps not only in criminal matters, criminal cases but also social knowledge, knowledge of mind. physics.

In-depth research and practical work is very important to screenwriters in general and for thriller film writers, this work is much heavier when the amount of knowledge is large.

“People are over-emphasizing the twist. Meanwhile, the essence of this series is the conundrum, the villain’s conspiracy – the culprit and the thrilling, suspense coming from the lane. the fuzzy mist covers the truth, causing the character to step-by-step dissolve, making the audience accompany and fear for them “- Tran Khanh Hoang pointed out.

IN Invisible evidence, the villain Le (Quang Tuan) has not been shown well. As an orthopedic doctor with an obsession with women’s eyes, Le kidnaps them and rapes them. However, the film only shows crime by lines, images, remote and indirect angles, transient, not enough for the character to express his beastliness.

Quang Tuan actually spent time living with his character, putting himself in a stressful mentality and having eyes that scare people around him. But with this kind of difficult role, that is still not enough.

So, does Vietnam have actors with enough talent to play these complex roles? It is Quang Tuan who shines through Spiritual painting. Quy Binh in Bloody heart, Khuong Ngoc in Killer lens, Hua Vi Van and B Tran in Monster heart all are performances remarkable.

“We have talented actors but don’t have writers who are good enough to create fierce, interesting characters that help the actors show that talent. Thriller is a movie genre that is difficult and requires high logic,” it is easy to be blamed, the filmmaker has to perfect the script, at least not reveal the gaps and big particles, as well as exploit many emotional aspects “- writer Tran Khanh Hoang said.

Producer Nguyen Quang Huy, a fan of the series, said of the difficulty: “When I started doing it Monster heartWe didn’t imagine the road was so ‘monster’. The script alone took 2 years. It’s not that I’m telling difficulties, but the film itself is difficult, Vietnamese cinema has rarely touched. People who dare to act like director Ta Nguyen Hiep and scriptwriters are almost road-seekers “.

In general, thriller film is still a big challenge for Vietnamese cinema, but the more difficult it is for the brave filmmakers to “pave the way”. And to convince audiences already used to enjoying the world’s excellent works, nothing more than tell “real Vietnamese” stories.