What does the Ministry of Health say about patients running drug lines in the Central Psychiatric Hospital? 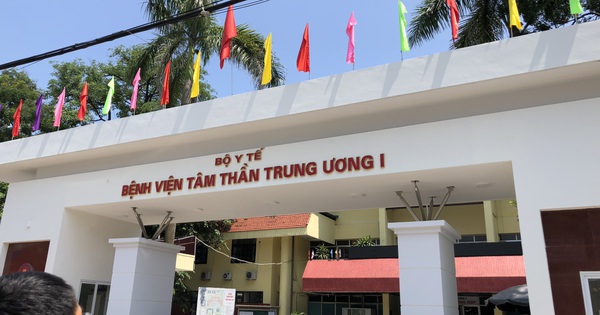 Talk to reporters Lao Dong Newspaper On the evening of March 31, Associate Professor-Dr. Luong Ngoc Khue, Director of the Department of Medical Administration, said that even tonight, through the hospital hotline, the Ministry of Health asked the leader Mental hospital Central Committee I issued a quick report on the case of a criminal gang of illegal trafficking in large quantities of narcotics, related to inpatient psychiatric patients at Central Psychiatric Hospital I, Thuong Tin District, Ha. Cabinet.

On the evening of the same day, Mr. Vuong Van Tinh, Director of Central Psychiatric Hospital 1, confirmed to have grasped the above incident. However, he did not grasp the details. According to Tinh, the police have not discussed specifically with the hospital.

On March 31, the Police Department investigating drug-related crimes, Hanoi Police said that they had just successfully destroyed the drug trafficking line led by a person with a history of mental illness, operating with the police. Sophisticated segment, turning hospital into a place for drug trading. The police identified Nguyen Van Quy (SN 1983, residing in group 22 of the Station area, Van Dien town, Thanh Tri district, Hanoi) as the leader.

Initial reconnaissance results identified this as a self-contained criminal gang with the participation of suspects with many criminal records. Nguyen Van Quy, with a history of mental illness, was admitted to the Central Psychiatric Hospital I from November 2018. During the treatment, you left the hospital many times. In early January 2021, Quy was arrested by the police of Hai Ba Trung district for illegally possessing narcotics, but due to a mental medical record, she was returned to the hospital for treatment.

During the time in the hospital, you have created close relationships with a number of staff here and facilitated freedom of movement, living and accommodation according to needs. You have renovated the treatment room into a soundproof room, installed large speakers, laser lights to serve the illegal use of narcotics. 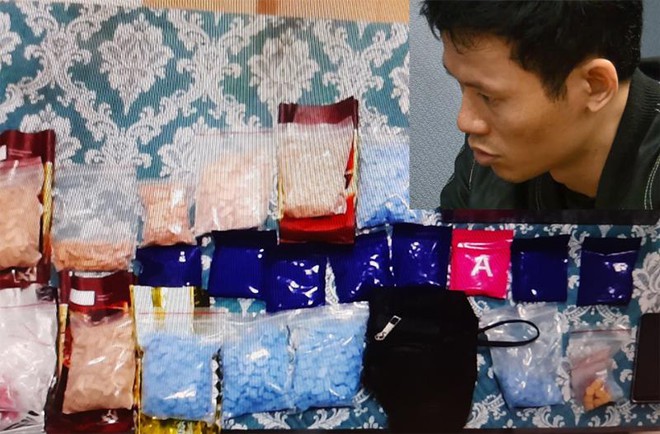 Nguyen Xuan Quy with the evidence of the case – Photo: ANTĐ

The scouting results also found that you and your juniors invited friends, including hospital staff to use drugs right here. Not only that, you also organize drug trading at the hospital. People who come to buy drugs often pretend to be a family member taking care of the patient to perform drug purchase and sale transactions.

To avoid being discovered, you arranged Nguyen Trung Nguyen and Nguyen Cong Thuong to disguise themselves as taxi drivers, technology motorbike taxi drivers standing at the hospital gate to do police duty and to deliver drugs.

Implementation of the plan of the crime, on March 20, the police agency organized a fight and destroyed the criminal gang, arrested 5 subjects, including Nguyen Xuan Quy. During the investigation to expand the case, the investigative agency also arrested Nguyen Anh Vu, a technician from the Department of Rehabilitation and traditional medicine at Central Psychiatric Hospital I, to investigate the non-denunciation. Crime. Nguyen Anh Vu’s rapid test result is positive for drugs.