What are the prospects for the ‘wave’ of investment shifting to Vietnam? 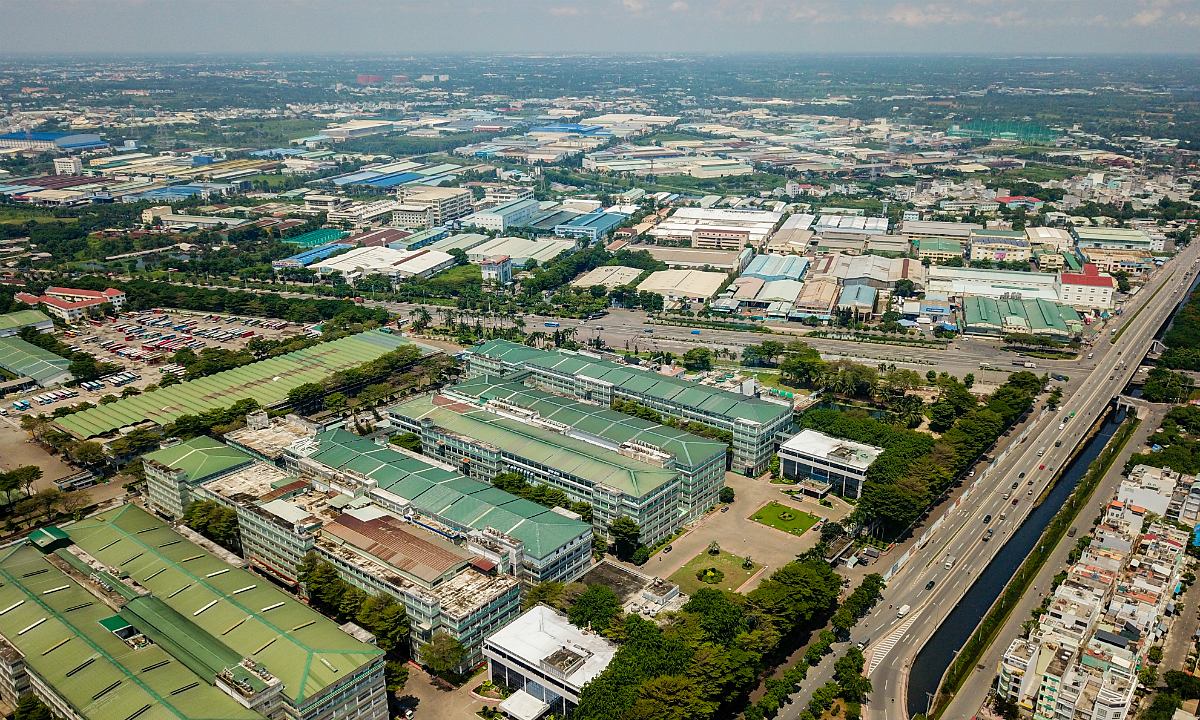 Experts agree on Vietnam’s opportunities in the wave of investment shifts, but forecasts differ for the scale outlook.

At the Business Forum “Through the disturbance” on the afternoon of October 15, Mr. Bruno Jaspaert, General Director of DEEP C Industrial Complex announced that the company’s activities in Quang Ninh and Hai Phong have increased 3 times. scale from the beginning of the year to the present.

“The fact is we are growing very fast”, he asserted and said that investment in Vietnam is increasing. New investment waves are coming. If you do not notice, you will see it clearly in industrial zones.

The trend of investment shifting from foreign enterprises to Vietnam has been mentioned a lot in recent times. Follow Nikkei, Japanese Prime Minister Yoshihide Suga will announce the program to encourage Japanese businesses to open bases in Southeast Asia during a 4-day trip to Vietnam and Indonesia (starting October 18).

This move follows many promising information about the investment shifting wave of businesses in this country from the beginning of the year up to now. For example, in July, the Japan Trade Promotion Organization (Jetro) Hanoi confirmed that 15 out of 30 businesses are supported with diversified supply chain funding to ASEAN, choosing Vietnam as the destination.

Not only Japanese enterprises, but also a diverse range of manufacturers from many places. The report of the first half of the year by the Ministry of Industry and Trade has recorded that some large technology groups in the world are planning to move their production and investment chains to Vietnam. Some names mentioned include: LG, Panasonic, Foxconn – supplier of components for Apple … “Vietnam is facing a great opportunity to welcome this investment wave”, the Ministry of Industry and Trade commented.

Explaining the investment wave that is pouring into Vietnam, Bruno said many businesses choose because apart from controlling Covid-19, socio-political stability is an advantage, while both Thailand and India are still instability.

“Second is the human factor. Vietnam has a large, hardworking and generally loyal population. The young generation’s potential is quite large when participating in the labor market. This is an advantage in all countries. the other is not, “he said.

Mr. Ooi Kim Huat, Vice President of Production and Operations and General Director of Intel Products Vietnam also explained that companies operating in China are faced with the uncertainty of US-China trade war, so they want to find a place. other production.

Their criteria are the condition of production resources, the government’s policy towards investment and investment attraction, and social infrastructure. If listed out there are attractive countries such as Vietnam, Indonesia, India, Thailand, Malaysia.

“In particular, Vietnam stands out as a good way to control disease,” he said, saying that he rated Vietnam the most because of human factors, disease control, economic reopening and has reopening some international routes.

However, Mr. Vu Tu Thanh, Deputy Executive Director of the US-ASEAN Business Council, has a more modest view. According to Thanh, no multinational company or American company wants to leave China, whether it is through trade war or Covid-19. “They are only expanding outside of China to avoid US taxes, calling it the China + 1 strategy,” he explained.

The purpose of businesses expanding production locations outside of China is to serve markets outside the US. According to the expert, new investments will find places like Vietnam, Thailand, Myanmar or Mexico … In which, Vietnam will be the first choice.

“But the problem is whether these investments are many and not large. In the businesses of our council, it is not too much, not as massive as the previous waves”, Mr. Thanh said.

According to him, the scale of investment in this wave has 2 forms, including a few large projects, worth hundreds of millions of USD, and the rest are expansion projects. It is very rare to find first-time investors in Vietnam.

According to the General Statistics Office, the total foreign investment capital in Vietnam as of September 20 reached 21.2 billion USD, down 18.9% over the same period in 2019. Of which, the largest scale project is Bac Lieu Liquefied Natural Gas (LNG) Power Plant belongs to LNG Bac Lieu Thermal Power Center (Singapore), with registered investment capital of 4 billion USD. In addition, there are 2 projects of Korean investors raising large-scale capital hundreds of millions of USD.

Regardless of the prospects, experts believe that to catch the new investment wave, Vietnam still has many things to do. Mr. Ooi Kim Huat is interested in improving supply chain capacity in place.

“If we look at Intel’s supply chain, we still have to import important components. We are trying to develop local suppliers. If we can supply on-site, we will cut down time and shorten the chain.” supply, “he said.

Meanwhile, Mr. Bruno Jaspaert said that, repeatedly mentioned the issue of simplifying administrative procedures. “We have to improve administration, customs and logistics costs are too high,” he said.