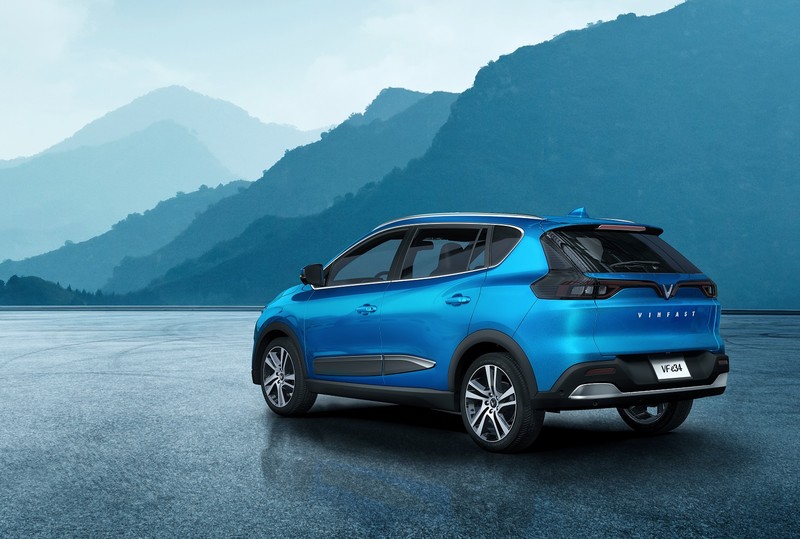 Privilege to buy a good car

More than a month from the time of launch and receipt of orders, the earthquake VF e34 – VinFast’s first electric car model is still the focus of the market, especially thanks to the different battery rental policy with many optimal benefits. VinFast brings to customers. The question is why does VinFast have to choose such a “costly” way to do it? Most automakers, including Tesla, are also operating in a “off-the-shelf” way of both car and battery.

The difference according to experts is in the approach when VinFast stands at the user’s perspective to calculate, instead of simply the manufacturer. The battery system is considered the heart of the entire vehicle, typically accounting for 30-35% of the total cost of an electric car. According to scientists’ calculations, although the price of batteries has decreased by 90% in the past 10 years, currently, the average price is still about 200 USD per kWh. With a 42 kWh battery system like that of the VF e34, according to the above formula, the price of the battery component alone has surpassed the $8,500 mark, which is about VND 200 million.

If this amount is fully included in the car price, obviously, the price of VF e34 – a C-class electric SUV will be up to nearly 900 million VND, instead of the current price of 690 million VND. The removal of batteries from the product cost, as said by automotive expert Truong Dang Tan (Director of the International Academy’s Driver Training Center), has helped lower car prices, reducing the burden on users.

Removing financial barriers will help many people soon enjoy the experience of electric cars with many intelligent, self-driving features and advanced and modern technology. The record of thousands of people depositing VinFast electric cars partly shows the interest of consumers for this future vehicle. With the initial down payment significantly reduced, the opportunity to own an electric car has become greater for many people.

Another advantage is that users are “free from worrying” about the most important component of the car, which is the battery. Research in many countries around the world has shown that one of the barriers users have not yet chosen an electric vehicle is worrying about battery life. Like a phone or computer, constant high-intensity discharge and charging can cause the battery to “age”. In addition, if there are unexpected problems that cause damage, the repair or replacement cost can be up to hundreds of millions of dong.

But if the battery is rented, a manufacturer like VinFast will have to bear all the responsibility for problems not caused by the user. According to experts, at this time the battery is considered a “service” and users are entitled to buy “full insurance”. The battery will be repaired or replaced when there is a problem or when the battery capacity is reduced to less than 70%.

“The biggest advantage is not only the large amount of money that users may have to spend to repair and replace, but also psychological safety for users throughout the product life. It is an experience that cannot be bought by money”, auto expert Tran Huy Dong assessed.

Put the case, if VinFast pushes the battery into the product price, that means the user has to spend 200 million VND at the time of payment. If divided by the monthly battery rental amount of 1.45 million VND, calculated, users will have to pay immediately for 12 years of battery rental, even if not used.

According to the analysis of automotive expert Tran Huy Dong, with battery rental, users are entitled to allocate costs over time at a reasonable price. He compared with Renault, one of the rare car manufacturers that applies a battery rental policy, in France, the cheapest rental package is also up to 74 euros (more than 2 million VND) for a distance of more than 600km per month. VinFast offers a significantly lower price (1.45 million VND) for a travel distance many times longer (1,400 km/month), which he says is a good help for Vietnamese customers.

In addition, the maintenance cost of electric cars is much more economical than gasoline cars. With a simple structure, few parts and no combustion process, users will not have to change details such as filter membranes, lubricants, air filters, friction parts… In addition, Because there is no vibration from hundreds of “bursts” in the pistons to create thrust like gasoline / diesel cars, the life of components on electric cars is much longer.

“Battery rental is actually a combination of many privileges, with the center being the user,” said Dong. VinFast’s battery subscription policy is therefore considered a wise move when removing most of the public’s barriers and prejudices about electric vehicles. The tangible effect was the unexpected explosion of orders of VinFast on the first day of its launch, with nearly 4,000 car orders in 12 hours of deposit opening. This is also a good signal of the green car market in the future.