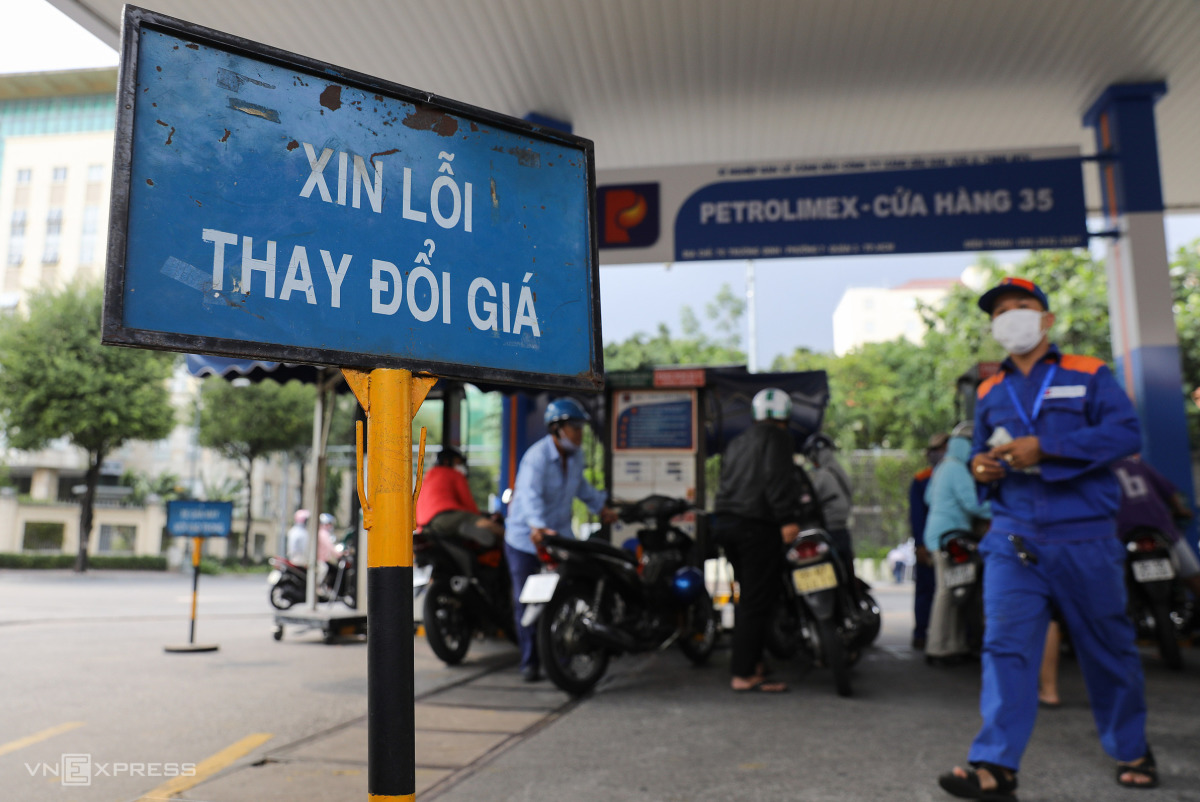 Fuel prices are on the rise, prompting the World Bank to think that supportive policies are needed to reduce difficulties for people and curb inflation.

This is a recommendation made by the World Bank (WB) yesterday, in Vietnam’s macroeconomic update report in June. Accordingly, the competent authorities need to be cautious with inflation risks when fuel prices and Imports continued to increase. These factors may hinder the ongoing recovery of domestic aggregate demand.

According to this organization, the world commodity price shock seems to mainly affect petroleum, with the spillover effect increasing transport costs, so the temporary and targeted subsidy policy for consumers The main use of petroleum (such as driving a truck) is also a measure that should be considered to reduce difficulties and limit inflationary pressure.

On the afternoon of June 13, gasoline prices in Vietnam increased for the sixth time in a row since April 21, reaching a new record of more than VND 32,000 per liter. Accordingly, gasoline RON 95-III is more expensive by 5,060 VND per liter, E5 RON 92 gasoline is 4,640 VND per liter. The continuous increase in gasoline prices has had an effect on many services and goods, putting pressure on people’s pockets.

Besides, the WB also believes that the Government of Vietnam should encourage investment to help increase the total supply. At the same time, Vietnam needs to encourage the production and use of alternative energy as possible to reduce the economy’s dependence on imported fuels in the medium term and promote greener growth.

The WB also assessed that Vietnam’s inflation has inched up but is still significantly lower than the Government’s target of controlling below 4%. In particular, soaring gasoline and diesel prices are the main factors driving inflation. Food prices also tend to increase slightly.

At the recent meeting on price management, representatives of ministries and sectors also said that inflation pressure has been high over the past time, posing many potential risks at the end of the year. Compared to the same period last year, the average CPI in the first 5 months of 2022 increased by 2.25%; Core inflation in the first 5 months of 2022 increased by 1.1% compared to the beginning of the year. To deal with this situation, Deputy Prime Minister Le Minh Khai requested the use of a flexible petrol and oil price stabilization fund, with scenarios to ensure supply and reserve import plans when necessary…

The Ministry of Finance is also planning to propose a dramatic reduction in the environmental protection tax bracket for gasoline to help curb inflation in the coming time.