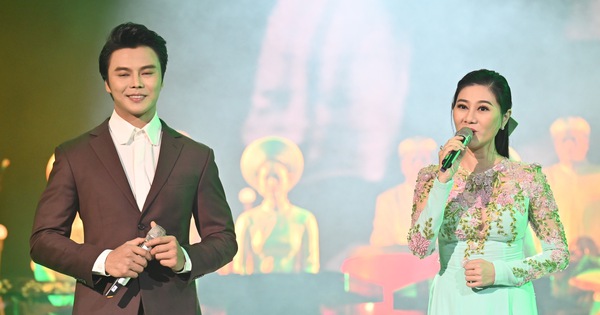 On the occasion of the 132th birthday of President Ho Chi Minh (May 19, 1890 – May 19, 2022) and the 111th anniversary of Uncle Ho’s departure to find a way to save the country (June 5, 1911 – 5-6– 2022), the Organizing Committee to celebrate major holidays in Ho Chi Minh City coordinated with the Bong Sen Ethnic Music and Dance Theater to organize an art program. Proud of the city named after Uncle. 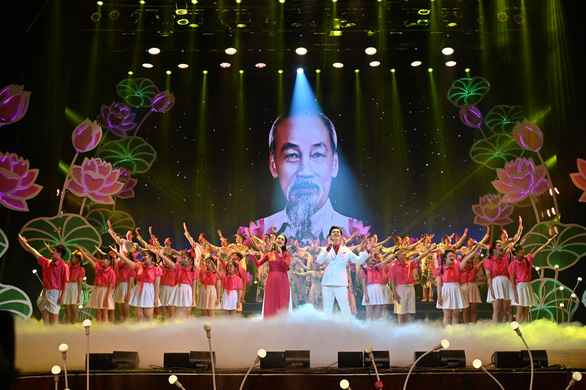 The repertoire and medley in the program are staged into a story after each other, recounting the life and revolutionary career of President Ho Chi Minh – a genius leader, teacher of the Vietnamese revolution, the national liberation hero, world cultural celebrity, sacrificed for the revolutionary cause and national independence.

There are also performances praising the merits of President Ho Chi Minh through the performance of children in the Little Sun group such as the song: I dreamed of meeting Uncle Ho, who loves Uncle Ho more than teenagers and children. 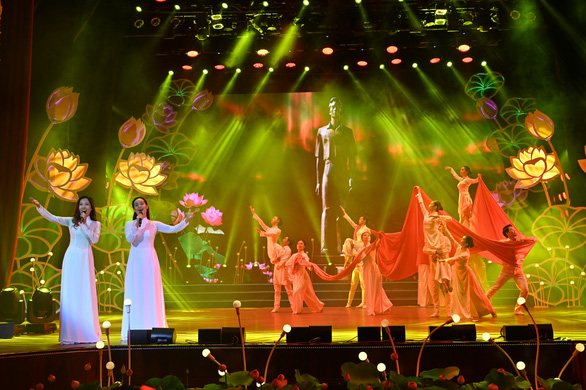 The music space is more vibrant and heroic when singers and groups sing He is the belief that victory is inevitable, Ho pulls artillery, Marches far, liberates Dien Bien, advances to fellow soldiers, liberates the South, advances to Saigon… All were bursting with emotions, sadness, and pride to be Vietnamese children.

In the connection between the songs, MC Thanh Phuong cleverly integrated interesting information about the patriotic young man Nguyen Tat Thanh, about the Communist Party of Vietnam, about Ho Chi Minh’s ideology, morality, and style. Bright… 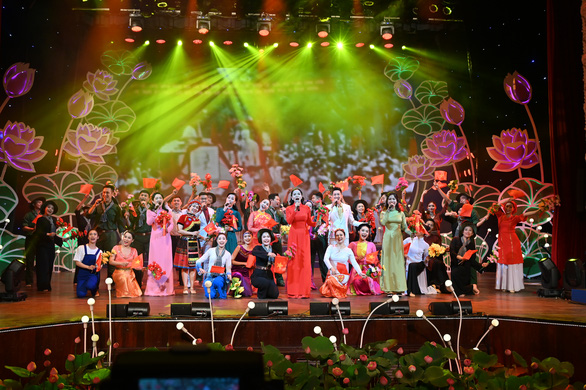 Meritorious Artist Que Tran and Vo Minh Lam change the atmosphere with an ancient song performance I learned one character from Uncle excite. Or Trinh Kim Chi drama stage brought excerpts from the play Blue white Through the performance of Meritorious Artist Trinh Kim Chi and the actors of the stage, they recreated the most difficult time when fighting the COVID-19 epidemic of frontline medical staff. They sacrificed their family’s own happiness, wholeheartedly taking care of the people’s health.

And right after that, singer Nam Cuong sang the song Saigon we will… making the audience recall unforgettable memories with the city during the anti-epidemic days.

The art program ended with a medley Uncle Ho’s words shine forever – Spring in Ho Chi Minh Cityopens a new hope for a bright tomorrow that awaits us.