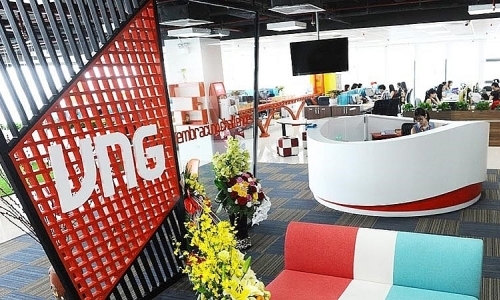 In the second quarter, VNG made an additional provision of more than VND 500 billion for the investment in Zion – the company that operates Zalo Pay, causing a sudden increase in net loss.

The main reason was the sudden increase in financial expenses to more than 600 billion dong, of which the provision for investment in Zion – the company that operates Zalo Pay – recorded more than 595 billion dong.

By the end of the second quarter, VNG invested in Zion more than 2,500 billion, with an ownership rate of 65.67%. However, this company made a provision of more than 2,000 billion dong.

In addition to the provision, VNG’s own business also declined. Net revenue in the second quarter decreased by more than 13%, to VND 1,284 billion. Gross profit decreased by 27% compared to the equivalent cost of goods in the same period. On the contrary, the expenses of selling and general administration increased compared to the previous year.

On the consolidated statement, VNG’s net loss was more than 370 billion dong in the second quarter, bringing the loss from the beginning of the year to more than 500 billion dong and marking the third consecutive quarter of loss.

This year, VNG sets a revenue target of nearly VND 10,200 billion, the highest ever and an increase of more than 33% compared to the previous year. However, while revenue may increase to a record, this business expects a net loss of nearly 1,000 billion dong.

In recent years, VNG’s business results have been affected by losses at Zion Joint Stock Company – the operator of the ZaloPay e-wallet. Last year, this e-wallet lost more than 1,200 billion dong, marking a record level in the continuous period of business below cost of capital since 2016. This is considered a “money-burning” segment of VNG in recent years.

However, according to the annual report, the Board of Directors of VNG still determines the need to develop projects and investment opportunities for the company related to products about Zalo, ZaloPay, Cloud, AI… In particular, the fields of payment, artificial intelligence, and cloud computing are considered strategic business areas for this enterprise to “join the next wave of technology”.