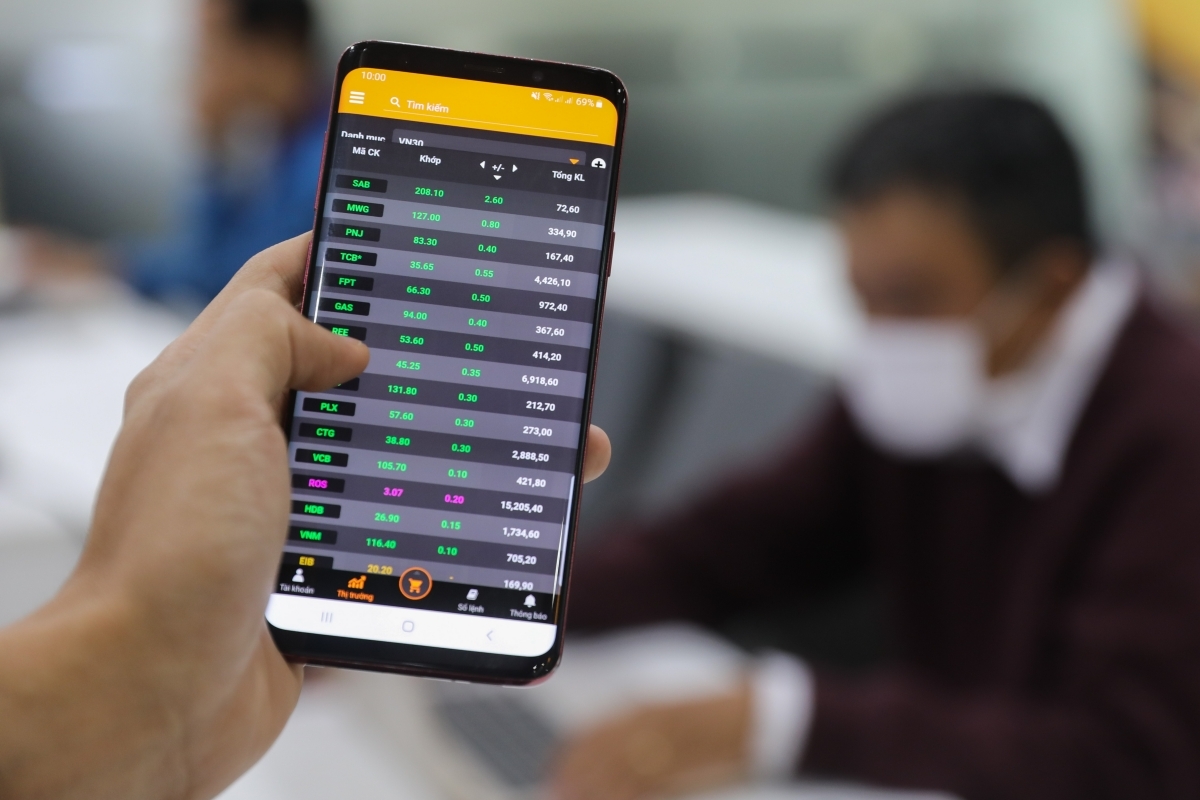 The cash flow actively participated in the blue-chips group helped the market to increase rapidly right after opening the first session of Tan Suu year.

Returning to the market after 7 days of Tet holiday, investor sentiment remains as positive as the last session of Canh Ty year.

VN-Index opened in the green, soaring two numbers right after the ATO session. Green dominated with more than 300 advancers from the beginning, more than 3 times the number of losers. Particularly for VN30 group, 27/30 codes exceeded reference.

The purchasing power increased rapidly in the blue-chip group, spread across many different fields, from financial to non-financial, helping to widen the momentum continuously. By 10:15, the VN-Index increased by 25.77 points (2.31%) to over 1,140 points. The VN30-Index increased by 2.83% to 1,161.4 points. Many large-cap stocks are close to ceiling prices.

On the contrary, PDR fell slightly below reference, while VNM was flat.

Liquidity of the two listed exchanges exceeded 5,500 billion VND, of which HoSE traded nearly 5,000 billion VND. By the middle of the session this morning, they net bought more than 200 billion dong on HoSE.

According to the statistics of VnExpress, the market in the first 5 sessions after Tet in the period 2010-2020 is inclined to a positive trend. In 11 years, 8 years, the representative index of HoSE increased after Tet with an average amplitude of 2.87%.

In the February market strategy report, SSI Research said that the January correction was largely due to the impact of technical factors that brought the market P / E to 14.65 times on 29 /. 1 and increased to 14.97 times on February 4. This is significantly lower than when the market peaked near historic levels.

Analysts said that, although disease information was the main factor causing the market to fluctuate strongly during this period, the participation of individual investors and the inflow of ETF capital into the market were still a strong supportive factor for the market. The market goes up after corrections.