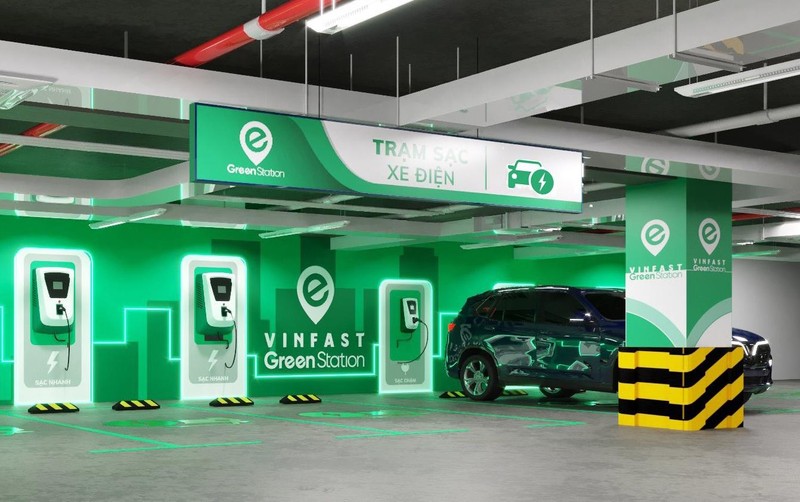 The price is easy to access, the maintenance cost is only 1/3 of a gasoline car

Launched on March 24, VinFast VF e34 has an official selling price of VND 690 million, but for customers who ordered before June 30, 2021, the Vietnamese car company offers a special preferential price of only VND 590 million. Includes one-year free battery subscription. This is considered an accessible price for first-time car buyers, young families in big cities in Vietnam.

Mr. Tuan Phong (30 years old) ordered VinFast VF e34 just one day after the car was introduced. He said, with outstanding technology such as electric motors, smart features and attractive pre-set price of only 590 million VND and extremely “open” pre-order policy, VF e34 persuaded him to “down money”. without any hesitation.

“The battery rental policy that makes the car price more accessible is the first reasonable one. The second is an immediate incentive of 100 million dong for early booking, and the third one is a deposit of only 10 million dong and can be freely refunded / canceled / transferred without penalty, so I have no reason. to hesitate “, Mr. Phong said.

According to Mr. Phong, young people often like “delicious-nutritious-cheap” cars because their financial resources are not abundant. With the same amount of VND 590 million, in addition to the VF e34, customers cannot even buy a standard B-class SUV, only a few high-end versions of B-class sedans. Meanwhile, VF e34 Being a model in the higher-end C-segment is clearly a bargain.

For young people who buy a car for the first time, owning a car is still vague when it comes to solving some concerns such as the cost of buying a car, maintenance, repair, fuel and parking. Mr. Tuan Phong admitted this, thinking that he was no exception, so he decided to buy an electric car.

According to him, VinFast VF e34 not only has the most competitive price in the market, but also has a much more optimal cost-effectiveness than traditional cars. “The cost of electric fuel is cheaper than gasoline, of course. Worth mentioning here is that the maintenance cost of VinFast VF e34 is only 25-30% of gasoline cars due to its simpler structure, ”said Phong.

According to calculations, the total maintenance cost for electric cars after the first 40,000 km is only about 4.4 million VND, and only costs about 12.7 million VND for 120,000 km. Not only that, with VF e34, early customers who order early are also free 17.4 million dong of battery subscription fee in the first year.

Attractive price does not mean VinFast VF e34 has reduced features, but instead, the car is fully equipped with “toys” and is connected to a smart management application. Through the application, users can update vehicle software, perform many tasks such as checking battery status, travel schedule, maintenance schedule, call for rescue, warning of theft risk, vehicle positioning, error diagnosis …

Young customers will also be pleased with the cabin compartment equipped with a 10-inch touch screen, Apple CarPlay and Android Auto connectivity, 6 audio speakers and 2 driver-row USB ports to connect or charge electrical devices. death. The air-conditioning system integrates the air quality control function with the fine dust filter HEPA PM2.5 which is also an advantage for the current air pollution. In addition, the voice control feature to support Vietnamese for multi-regional adaptation is also expected.

Growing up with the Internet, Generation Y and Z (Gen Y – Gen Z) are well aware of the urgency of protecting the environment. Many young people are gradually changing to choose means of using electric energy to limit the impact on the living environment.

In the opinion that electric cars are not actually too good for the environment compared to traditional cars, due to the generation of electricity and batteries emitting a lot of CO2, the leading renewable energy company in the UK EDF Energy protested. Accordingly, even with more emissions in the current production process, electric cars are still a “greener” option than traditional cars when taking into account the vehicle lifecycle.

That is not to mention that it will be easier and more efficient to treat the waste from the centralized battery production / recycling process in a closed process than worrying about a series of internal combustion engine vehicles discharging every day. . Technology to produce electricity and batteries is also developing and changing day by day, so emissions from manufacturing will be improved positively in the near future.

According to EDF Energy, the biggest benefit of electric cars is improved air quality in large cities. Without exhaust pipes, electric cars have absolutely no NOx, HC, CO, CO2 emissions – a combination of exhaust gases that seriously affects human health and living environment. Simply put, electric cars are the foundation for cleaner and cleaner cities and roads.

In particular, the solution to renting batteries instead of “selling off” cars with batteries to customers will help manufacturers like VinFast better manage the amount of batteries circulating in the market, ensuring that they will not be disposed of indiscriminately, causing harmful to the environment.