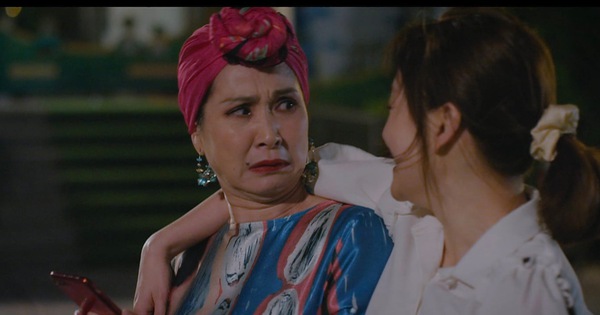 The behavior of the mother-in-law in the movie Loving the sunny day makes the audience angry – Photo: DPC

A series of comments criticizing Mrs. Hien were written on the movie fan page, on YouTube of the excerpts: “If you can’t stand the behavior of your mother-in-law, why are there such types of people?”, “Mother-in-law.” This is the most frustrating Vietnamese screen”, “The mother-in-law is crooked, pushing. Scared”…

Wearing colorful costumes and flamboyant makeup, Ms. Hien in 15 broadcasted episodes was built as a “hateful” character, tormenting her daughter-in-law in all sorts of ways.

Trailer of the movie Loving the sunny day

Wanting a beautiful dress, Mrs. Hien made her daughter-in-law rush to the store and pay several million dong for her mother-in-law’s dress. She invited her friends home to eat and drink, and forced her daughter-in-law to serve. More painfully, she told you that the dishes that Khanh’s biological mother cooked for her child were because she helped cook…

Love the sunny day remake of the movie Mother of mine by KSB (Korea). Some viewers, when watching the original movie, realized that the Korean mother-in-law is not as harsh as the Vietnamese version.

Actually, comparing the Vietnamese version with the Korean version is not advisable because of compulsion. The identity of each film, of course, must be different and depends on the culture, the perspective of the screenwriter, the director of each country.

But not only Love the sunny day, watch other Vietnamese films exploiting the image of mother-in-law like Sshared tube with mother-in-law, Rose on the left breast, The season of flowers is found again, The day you come… It is easy to recognize that most of the mother-in-law’s characters are of the same color: blindly loving her son, being strict with her daughter-in-law, deeply interfering in her child’s life.

While in fact, the mother-in-law – daughter-in-law relationship in Vietnamese families is gradually improving a lot, being civilized and more loving.

Therefore, watching these films, the audience can’t help but ask: Vietnamese films abuse too many contradictions and dramatic situations between mother-in-law and daughter-in-law to create fierce debates from the audience, helping the film to be successful. more attention?

Love the sunny day by director Vu Truong Khoa in charge of the past content. Director Bui Tien Huy performed the current part.