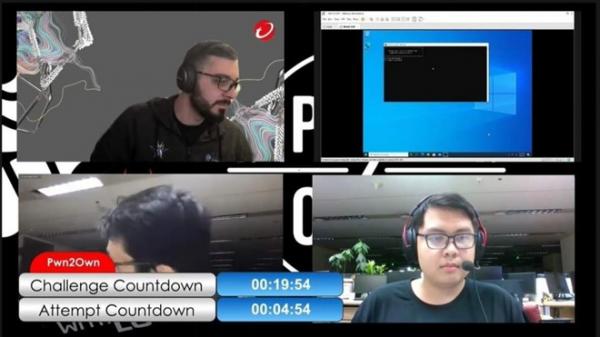 On April 7 and 8, security experts from Viettel Cyber ​​Security Company (VCS) excellently won in both categories with 3 competitions at Pwn2Own 2021 – the offensive contest the world’s largest and prestigious network This is the second year VCS has a team to compete and win prizes at Pwn2Own – also the only representative in Vietnam to attend and win prizes in this competition.

Pwn2Own is the world’s largest and reputable cyber attack competition, held annually by the Zero Day Initiative since 2007 with a bonus of up to millions of dollars, attracting participation from global security experts. Here, well-known technology firms will bring their products to the target in the penetration testing challenges.

Hackers will show off their skills to attack and exploit software or devices. The attack scenario will be performed using a technique to hijack the device, thereby interfering with the content displayed or collecting user data. Hackers can also spread malware, using hijacked equipment to middleman for deeper attacks. The contest aims to find vulnerabilities in smart devices through which manufacturers can immediately fix those errors, helping to ensure the safety of information for customers to use.

Exciting developments of the contest, screenshots

At this year’s competition, two VCS experts Pham Van Khanh and Dao Trong Nghia experimentally attacked Microsoft Windows 10 with a method of spilling numbers on Windows 10 to elevate the privilege from a regular user to a system privilege. . Despite a very young age, Pham Van Khanh once ranked 19th in the top of Microsoft’s vulnerability finders in 2020 and ranked 11th in the first quarter of Microsoft vulnerabilities. Anh Khanh discovered nearly 20 0day vulnerabilities on Microsoft platforms such as MS Exchange, MS Dynamic, IIS.