Vietnam ranks first in ASEAN in terms of power capacity 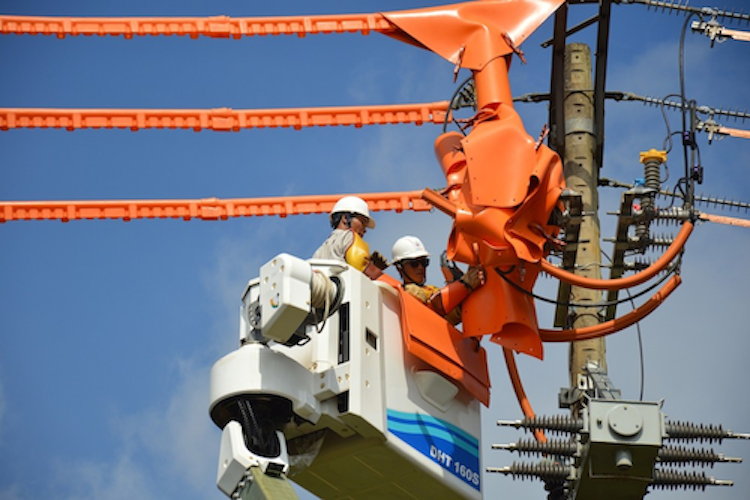 There will be more than 3,400 MW of renewable energy in operation in 2021, making the scale of Vietnam’s power system the first in ASEAN in terms of source capacity.

The above information was said by Mr. Tran Dinh Nhan, General Director of Electricity of Vietnam (EVN) at the group’s summary conference on January 14.

According to Mr. Nhan, by the end of last year, the system has added 7,500 MW of installed power capacity into operation, bringing the total capacity to 76,620 MW. In which, renewable energy (wind, solar) is 20,670 MW, an increase of 3,420 MW compared to 2020, accounting for 27% of the total capacity. With such a power source capacity, the scale of Vietnam’s power system has risen to the top in Southeast Asia (ASEAN).

The scale of power capacity of Vietnam is at the top of the region, but with an increasing proportion of renewable energy, EVN is worried about increasing electricity production costs and difficulties in operating the system.

Nhan informed that, in the past year, there was a time when the system mobilized sources from renewable energy up to 60%, while electricity demand decreased due to the heavy impact of Covid-19. This makes it difficult to operate the system and leads to “redundancy”. Not to mention, the input cost of electricity production has increased due to the proportion of high-cost generators such as renewable energy, coal prices, gas prices, etc.

For example, the purchase price per kWh from a solar power project is currently 9.35 cents (for projects before July 2019); 7.09-8.38 cents per kWh if the project operates in the period 7/2019 – 12/2020. The price of wind power is 8.5 cents per kWh if the project is operated before October 31, 2021. These purchase prices are higher than those from thermal and hydroelectric power sources…

Source and network investment projects face many challenges in terms of capital mobilization, allocation of land fund, conversion of forest land use purposes and compensation and site clearance work… This will greatly affect progress. implementation of transmission grid projects.

“The task set by EVN this year is heavy both in terms of power supply and financial balance,” said EVN’s leader.

Forecast of extreme weather in the hot season of 2022 may affect electricity supply. Ms. Do Nguyet Anh, Chairman of the Board of Directors of Northern Electricity Corporation (EVNNPC), said that during the hot weather in June, the electricity savings in the North could be up to 2,100 MW.

“In the peak months of hot weather, the North may lack electricity, while the South and Central regions have excess,” said Ms. Do Nguyet Anh.

Nguyen Anh Tuan, Chairman of the Board of Directors of Hanoi Electricity Corporation (EVNHN), said that the business has built plans to ensure sufficient electricity supply, but “still hopes to have the sharing of customers if the situation is not good enough.” power shortage occurs”.

In order to have enough electricity for the North in the coming summer, the Chairwoman of EVNNPC suggested that the group calculate a plan to maximize the availability of electricity for the North. She also asked EVN to approve the operation method in hot months so that industrial customers can have a reasonable production and business plan, saving resources for daily-life customers.

On the side of EVN, this group proposed that the Government soon issue the power plan VIII to have a basis for implementing and investing in power source and grid projects.

This year, EVN forecasts that the demand for electricity will not be high when the epidemic situation is still complicated and renewable energy accounts for a large proportion. Commercial power output is nearly 242.4 billion kWh, up 7.6% compared to 2021. This group is expected to invest with a total capital of 96,500 billion VND; labor productivity increased by 8-10%.