Vietnam Airlines maintains punctuality rate at the beginning of the year 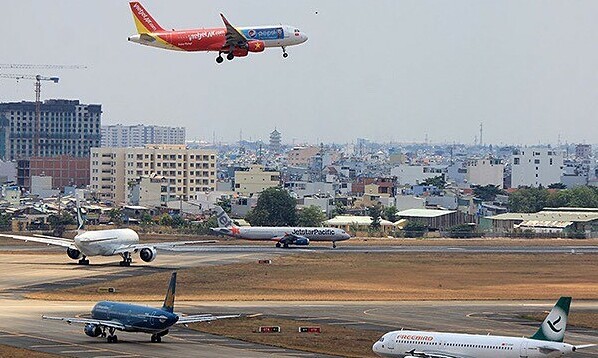 The Civil Aviation Administration of Vietnam has just announced the operating data of domestic airlines for the period from December 19, 2020 to January 18, 2021. Accordingly, Vietnam airlines operated 19,507 flights in January, up 35.3% over the previous month but down 39.4% compared to the same period in 2020. Vietnam Airlines operated 7,290 flights, Vietjet operated 6,457 flights, ranked third in terms of operating flights, is Bamboo Airways with 3,711, about half of the two leading airlines. Pacific Airlines operates 1,447 flights and VASCO has 602 flights.

During the period including the New Year holiday, Vietnamese airlines ensured the rate of on-time take-off (OTP) was up to 95.4%, up 9.7 percentage points over the same period. period 2020 with almost the same rate of firms. Vietjet is the airline with the highest increase in OTP rate compared to the same period last year with an increase of 13%, OTP in January reached 94.2%.

The causes of flight delays and cancellations include many factors such as weather, engineering, operations, commerce, late return aircraft, equipment and services at the port and many other reasons …

During the period when the world aviation industry was influenced by Covid-19, the operating results of the Vietnamese aviation industry were still considered bright spots. The Hanoi – Ho Chi Minh City route is also one of the world’s busiest routes. According to a report by the aviation data research company OAG, in January, the Hanoi – Ho Chi Minh route was the second busiest route in the world with 1.02 million passengers, just behind the Jeju – Seoul Gimpo route. (South Korea).

Ensuring safety for flights, passengers, airline staff, and crew is the top priority of Vietnamese airlines, ensuring both anti-epidemic safety and economic development. Vietnam’s success in the prevention of Covid-19 over the past time, highly appreciated by the world, is also an important factor for the aviation industry to have more active activities than its peers in the world. in which the punctuality rate is very high. The punctuality rate for US airlines 2019 and like European airlines is about 80%, according to OAG data.