US businesses called for no tax on Vietnamese exports 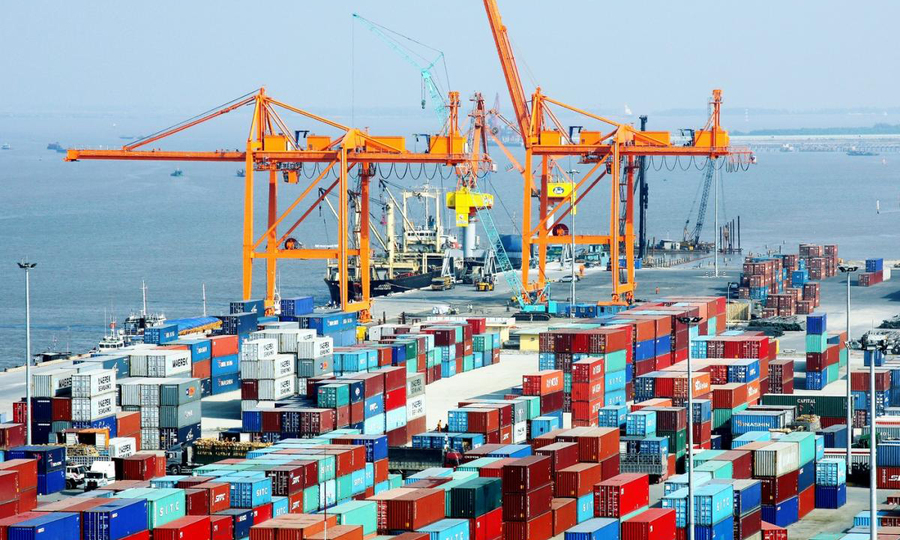 Many American associations and businesses said that the trade deficit of the US from Vietnam was due to an objective factor, not because the VND was undervalued.

At the end of December, the US Trade Representative (USTR) held a hearing to acknowledge opinions of American associations and businesses on suspicions of increasing surplus of Vietnamese exports to the US due to the devaluation of the VND.

This is an investigation conducted by the USTR in early October, parallel to the investigation of the US Treasury Department. Under the direction of US President Donald Trump, the USTR investigated under section 301 of the Trade Act of 1974 to assess whether the increasing US trade deficit from Vietnam was due to the undervalued dong.

In a recent report, the US Treasury Department labeled Vietnam and Switzerland as currency manipulation, but there will be no sanctions or tariffs automatically triggered. And the USTR’s own investigation under the 1974 Trade Act will allow the US to unilaterally impose retaliatory tariffs if it determines that the trading partner has engaged in unfair foreign trade.

However, most American associations and businesses participating in the USTR’s hearing stated that the US’s large trade deficit from Vietnam was due to objective factors, not because the dong was undervalued.

Mr. Alexander Feldman, Chairman and CEO of the US-ASEAN Business Council, affirmed that one of the factors that made the US increasingly trade deficit from Vietnam was that the country’s exports were gradually losing their tariff advantage.

The biggest obstacle to US exports is that Vietnam has signed strong free trade agreements (FTAs) with most of the Asia-Pacific Union countries. Unfortunately, however, the US withdrew from the Trans-Pacific Partnership (TPP), he said.

Sharing the same point of view, Ms. Virginia B. Foote, Chairman of Amcham affirmed that exporters and importers do not see the exchange rate policy of Vietnam as a problem for their activities. “The problem is that the US is almost entirely out of the FTAs, while the posture is extremely important to import and export goods,” she said.

Participating in the hearing, economic expert Can Van Luc also pointed out the irrationalities in the assumptions, calculation data of the US Department of Finance and USTR.

For example, one of the three criteria for the US to define a currency manipulator is to continuously intervene in the foreign exchange market. Research by the Ministry of Finance does use IMF documents, but even in the IMF documents also admitted that the gap in their research is that it does not mention that a country’s foreign exchange intervention policy may be targeted. The target is consistent with economic conditions, or an increase in foreign reserves is needed to reach the medium-term reserve target, Luc said.

And the fact that Vietnam’s foreign exchange reserves have remained low for the past three years – only about 3.5 months of imports, much lower than Thailand (9 months), Singapore (5 months), and China. Korea (14 months), Philippines and Korea (8 months).

Another problem explained by Mr. Luc to the USTR is that Vietnam’s exports depend heavily on imports, which means that if you want to export, Vietnam has to import more. The FDI sector also accounted for 70% of total exports in the past 5 years and accounted for nearly half of total imports. Because Vietnam’s supporting industry is still weak, in order to produce goods for export, FDI enterprises need to import production inputs and raw materials regardless of the high or low exchange rate.

“Our research also shows that when the real value of the dong devalues, Vietnam’s exports do not increase as expected, but also decrease,” said Luc. In short, Vietnam has no export benefits when it comes to currency devaluation, has no incentive, and in fact does not devalue the currency.

Responding to the hearing, Mr. John Goyer, Managing Director of Southeast Asia at the US Chamber of Commerce, said that also questions about the assumptions of the report. “I think the two countries need to continue to discuss and go deeper into some issues,” he said.

Speaking at the hearing, Ms. Eva Hampl, Senior Director of the US International Business Council (USCIB) also said the USCIB did not receive any response from members that currency valuations are a concern. shy of them. “The main response we get is concerns if the US imposes tariffs on Vietnamese exports”. Ms. Eva confirmed that regardless of the investigation results of the Ministry of Finance and USTR, the imposition of tariffs is not the appropriate response.

Many US businesses are concerned that the imposition of tariffs on Vietnamese exports is detrimental to American businesses and people.

The President and CEO of the American Footwear Trade and Trade Association (FDRA), Mr. Matt Priest said: “We urge the US and Vietnam to work together to resolve this important issue and hope not to there are any additional tariffs on footwear. “

The imposition of tariffs on footwear imported from Vietnam will directly harm US businesses and consumers, especially during a difficult period because of Covid-19, Matt Priest said.

Through discussions with some business directors in the industry, Matt Priest said that if there is any action to impose tariffs on Vietnam’s exports to the US, the only beneficiary party is China. If the US government takes action to increase costs for American businesses and consumers, businesses will find ways to return to China to restore production. Especially in the footwear industry, the US currently does not have many supply options outside of Vietnam and China, said Matt Priest.

At the hearing, USTR also listens to and consult with experts about “how to behave in the future”.

Ms. Vanessa P. Sciarra, Vice President of Trade and Investment Policy and Legal, National Foreign Trade Council (NFTC) hopes that “everything will be normalized”. She is concerned that the imposition of sanctions could worsen the relationship between the two countries in the short term, and at the same time could cause retaliation against tariffs, damage to reputation and disadvantage for goods. US exports to Vietnam.

As we often see in the past four years, trade wars are not easy to win and cause great damage to workers and consumers of the US economy, Ms. Vanessa said.

In addition, the hearing also appeared a few conflicting opinions from the Steel Workers’ Association, a magnet manufacturing business, a small furniture manufacturer. They suspect that the business is damaged by the undervalued dong, thus supporting the US to take strong measures with Vietnam’s exports.

However, most opinions from American associations and businesses say that the solution to reducing Vietnam’s trade surplus to the US is to increase negotiations and sign trade commitments with Vietnam. Experts also said that the USTR does not need a separate investigation but should let the US Treasury Department evaluate and consider the monetary policy issue of Vietnam.

Mr. Feldman expects the US government to negotiate with Vietnam to find a solution, hoping that Vietnam will buy US products on a larger scale, including agricultural products. As for monetary issues, he believes that this issue should be considered by the Congress and the US Treasury rather than by the USTR.

Agreeing with Felman’s opinion, Ms. Eva Hampl, Senior Director of the International Business Council (USCIB) added that, ideally, Vietnam and the US have an FTA. In general, having a trade commitment between the two countries is the best way to solve the trade deficit problem, she said.

The NFTC’s Vice President in charge of trade and investment policy and legislation also suggested that the US and Vietnam should strengthen their cooperation through the Framework Agreement on Trade and Investment in a more effective way.

Similar to the suggestion from American businesses and associations, John Goyer, CEO of Southeast Asia for the US Chamber of Commerce, found that the administration is not necessary to take tariff action as a result. of currency inquiry.

He said the US Chamber of Commerce has also proposed to the US administration to consider joining the FTA as a longer-term solution to bilateral trade. However, the current US government “does not care much” about the FTA. Therefore, the US Chamber of Commerce proposes to increase participation and efforts to make the Framework Agreement on Trade and Investment (TIFA) more effective. He said that TIFA is an opportunity for the two countries to resolve the problems and relationships effectively.