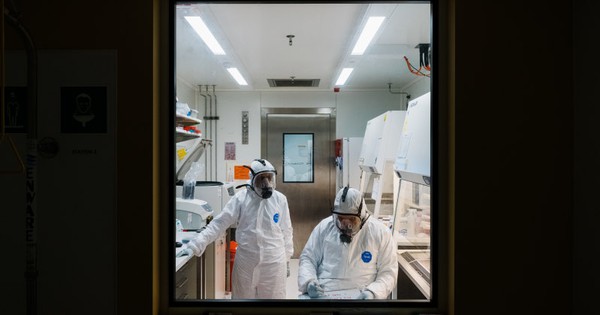 Brain fog is a form of cognitive dysfunction that is associated with problems such as mental clarity, memory, poor concentration, and inability to concentrate.

Newspaper The Sydney Morning Herald On June 15, a team of Australian scientists believed that this symptom affects thousands of people globally, hindering their ability to work and function in daily life.

Their research is published in the journal Nature Communications This week, shows parallels between the impact of Covid-19 on the brain and the early stages of neurodegenerative diseases like Alzheimer’s and Parkinson’s.

The team suggests that brain fog has similarities to Alzheimer’s. Photo: The Sydney Morning Herald

Reynolds and colleagues then studied the peptides in the lab and found they mirrored the amyloid plaques found in the brain at the early stages of neurodegenerative diseases like Alzheimer’s and dementia.

“What we’ve seen is that they form very similar clumps of amyloid, essentially just aggregates of proteins that are put together and are considered molecular markers in the early stages of neurodegenerative disease.” Mr. Reynolds said. “These amyloid clumps are very toxic to brain cells. We hypothesize that the SARS-CoV-2 virus fusion proteins might trigger the neurological symptoms in Covid-19 that many of us have. called brain fog”.

If the claim is confirmed in future studies, Reynolds believes that drugs developed to fight Alzheimer’s and Parkinson’s could be repurposed to treat symptoms of long-term depression after the onset of the disease. Covid-19.

Earlier this year, a study found that Covid-19 can cause greater gray matter loss and tissue damage in the brain than the natural process in people who are not infected with the SARS-CoV-2 virus. The researchers examined the brains of more than 400 people between the ages of 51 and 81. They found shrinkage and tissue damage mainly in areas associated with the sense of smell and other areas associated with brain function.

There is growing evidence that the SARS-CoV-2 virus causes brain fog and other neurological symptoms through multiple mechanisms. In particular, brain fog is a symptom that is very difficult to treat.