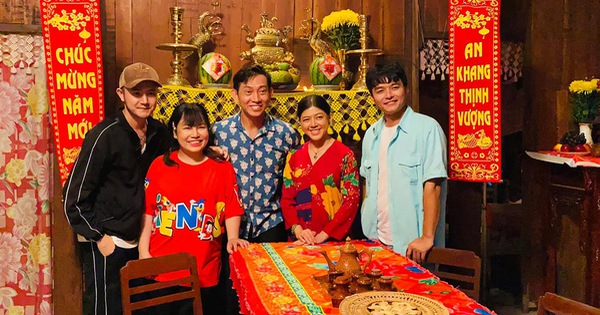 On the occasion of Tet, two young actors gave Tuoi Tre sharing about celebrating Tet with their family, about their acting career.

Tet comes with parents then come back to run the show

This year, Vo Tan Phat is expensive to show on the small screen. New Year’s Eve, he made Thien dragged in Tan Suu spring apple on THVL1. From the 1st to the 5th of Tet, Phat is the MC for the program Warm spring day broadcast on Today TV. On HTV, participating in this Spring musical is still happy, Suddenly Suddenly …

Vo Tan Phat Born in 1995. Trained from the University of Theater and Cinema, Ho Chi Minh City, plus a bright and beautiful appearance, good voice, Tan Phat is given many different roles on the catwalk, compassionate. , comedy has both …

On the journey to build the image of a versatile artist, Vo Tan Phat stepped through the MC field and also succeeded. In 2020, Tan Phat wins the Golden Swallow award for artists. Like many artists living by acting, in 2020, Tan Phat faces many difficulties when the city stage is closed for a while. It was the switch to MC that helped him have a stable job.

“This Tet, I have Tet at three stages that is the stage of Hong Van, Hoang Thai Thanh and Gioi Gioi. Now I am arranging everything to return to my hometown”, Tan Phat smiled and shared.

Tan Phat is from Vinh Long, his parents sell groceries. So the days before Tet, he was in charge of sales. “By Tet, my family and I bought 100 gifts to give to poor people on Tet occasion.

Seeing my parents happy doing this meaningful work, I have maintained it steadily for three years. After Tet with my family, I just returned to Saigon on the first day of the Lunar New Year. 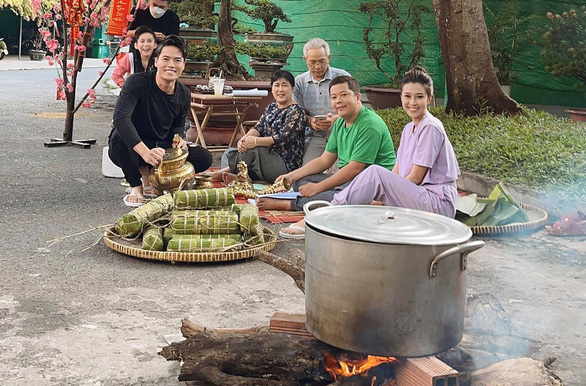 The “Ấp” guy makes a Tet movie about his hometown

Le Minh Thanh (born 1991) used to say that he moved to Saigon for many years, but he is still very hometown. That countryside is located right in the name Ap – the nickname Thành given by the artist Doctor Luat, the countryside in the bold voice of the Southern countryside.

As a hometown boy in Ben Tre who loves art, Le Minh Thanh came to acting quite late because he used to study and work in the tourism industry, before deciding to turn into art and take short-term acting classes. Into theater, plays small roles in feature films, sitcoms …

In recent years, he appeared more on the small screen through the main role, the main role in the movie The movie Makes a Bride, The Bridegroom of Ten Xuan, Mr. Mau’s Bread …

Thanh Bao in his favorite roles is the role of Orient in the film Ten Xuan in-law. This role helped Thanh win the Green Star Award 2020 Most Popular Actor.

This Tet, Le Minh Thanh invests himself in the production of Tet with his own money and plays it on his YouTube channel. Many people told Le Minh Thanh to be a bit reckless, because he was still a young actor, with little production experience.

Le Minh Thanh also admitted: “Actually I think I was quite reckless to spend the money to make this film, but the love of the audience over the past time and the passion for the art made me determined. Currently, although the project is at the end of the year, everything is quite urgent and the crew also have to sprint in time to prepare to shoot.

He “revealed”: The 3-episode homeland New Year (15 minutes / episode) is a spiritual gift for the children who are far away from home for Tet this year, especially those in the West. I am a genuine Western child, always proud and loving my homeland, about the beauty of the landscape and culture of Western people: honest, kind, gentle and always hospitable.

Minh Thanh will also return home to celebrate Tet with his family. “I always cherish my family love, so no matter how busy I am, I always spend time with my family on such important occasions. Every year I arrange my work to return in time. New Year’s Eve with family and Tet with family “.

TTO – Although significantly affected by the COVID-19 translation, broadcasters still produce Tet movies to serve the needs of the audience. 5 upcoming Tet films with genres and themes are quite diverse.