Turin-Cagliari 2-3: Belotti is not enough, Joao Pedro and Simeone sign the coup of the Sardinians 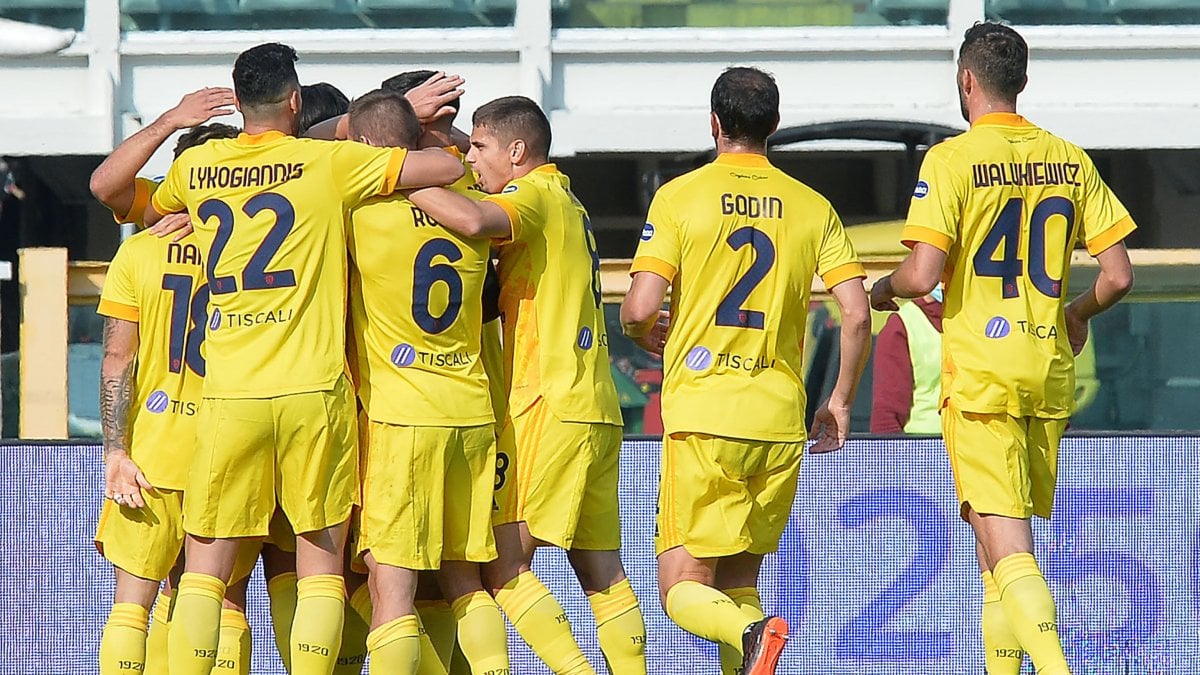 TURIN – In a head to head between two teams still dry of successes, Cagliari is celebrating their first victory in the league. Eusebio Di Francesco’s team at the end of a vibrant match goes 3-2 at the Olimpico Grande Torino, trimming the third defeat in as many competitions (the one with Genoa postponed due to the Covid outbreak at the Grifone’s house) to the grenade. It is still a group under construction, the one entrusted to Marco Giampaolo, who is not enough for a superlative Andrea Belotti, author of another double (he has only scored so far for Toro), which leads him to 83 goals in Serie A with the grenade jersey (ahead of him only Ciccio Graziani at 97). Sirigu and his companions (absent in addition to the long-term inmate Baselli also Izzo, Ferigra and Zaza) give a time – the first – to their opponents, in which they are dominated, but then they change their skin in the second half deserving the 2-2 and maybe even a little more, but ending up paying very dearly for a serious mistake of their expert goalkeeper, the one who should be one of the leaders of the club of president Urbano Cairo.

On the other side, the rossoblùs had the merit of approaching the match with an attitude and organization, reacting well to the initial disadvantage and often putting the hosts in trouble, especially in the first fraction. Especially ‘perpetual motion’ Nandez on the right, but also Sottil on the opposite side have created a lot in the attacking phase, allowing Joao Pedro to score the 45th goal in rossoblù (a podium score for the Brazilian in the history of the club) and at the center forward Giovanni Simeone to wet the 150th appearance in Serie A with a brace, scored against one of his favorite “victims”. A blitz that can instill no little confidence in Cagliari after an uphill start to the season, in believing with conviction in the new technical project.

And to say that the game for the Sardinians had really started uphill, given that at the first lunge Lukic, launched into the area by a verticalization, is landed by the goalkeeper Cragno and La Penna has no hesitation in pointing to the spot. From 11 meters Belotti transforms in power, displacing Cragno. The grenade advantage, however, is short-lived. After an opportunity in the fray with Simeone, at 12 ‘comes the equalizer thanks to the goal of Joao Pedro, quick sub-measure on the invitation of Walukiewicz, with the local defenders figurines version of the crib.

Simeone doubles for the Sardinians

Not even ten minutes and the Cagliari puts the arrow, reversing the situation. In one of the actions organized by the right chain Nandez-Zappa, a real thorn in the side for Toro, the ball arrives on the feet of Simeone who controls and stabs Sirigu with the right. A deadly one-two, which stuns Giampaolo’s men. The maneuver is slow and predictable and the strikers Belotti and Bonazzoli (starting lineup due to the unavailability of Zaza) are left to their fate. It is therefore the Sardinians who are still dangerous, with the locals getting by in some way.

Turin, Giampaolo: “The result penalizes us, we deserved more”

Upon returning from the locker rooms, it is a different Toro, with a more determined attitude, and it is no coincidence that he scores again at the start: on the cross from the right of Vojvoda, Bonazzoli spits the ball that reaches the far post where Belotti – stolen the time from Zappa – he crosses left-handed beating Cragno. It is the fourth goal in four days for “Gallo”. On the momentum, the grenades seem for a moment to be able to change the inertia of the match, but Di Francesco’s team has the strength to regroup and come out at a distance again.

Sirigu makes a mistake and the Cholito knocks out the Bull

On the counterattack Sottil misses a clear opportunity, kicking on the outside of the net. On the opposite side, with a long shot, Meité puts it up a little. Only one episode seems to be able to unlock the balance and arrives on time just before the half hour: on the cross from the right by Nandez Sirigu does not hold back and Simeone anticipating the two central grenades rushes on the ball signing his very heavy brace. Giampaolo tries with the changes to take her back by the hair and almost fails, but in full recovery it is Verdi who wastes the ball of the possible 3-3 with his left hand and then it is Cragno who says no to a scissor kick from Belotti’s applause, preserving the success of Cagliari.