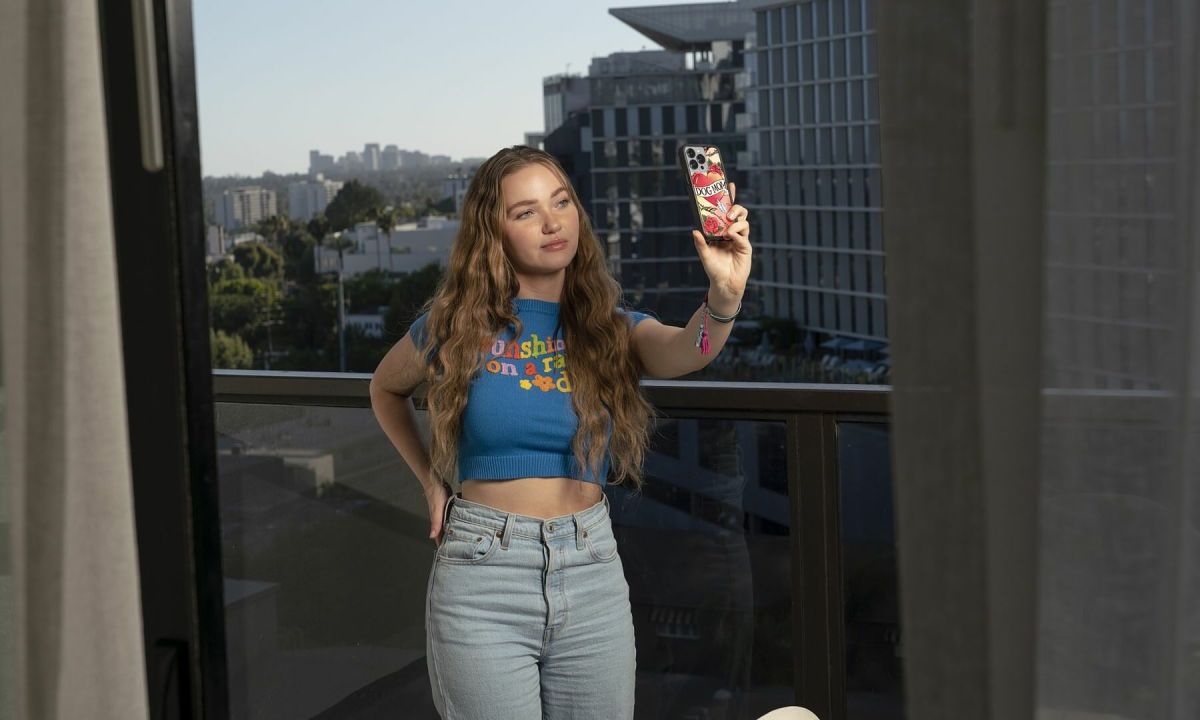 In addition to advertising revenue of up to billions of dollars, TikTok is encroaching on e-commerce, music distribution and even game publishing.

Alyssa McKay used to work part-time at a yogurt shop in Portland (Oregon). The minimum salary she received was enough to pay her college tuition. But now, the 22-year-old girl earns more than $ 100,000 a year thanks to the short video platform TikTok. Brands like Coach, Netflix and Amazon Prime Video pay her to reach the 9 million people who follow McKay on TikTok. This group is mainly teenagers.

“TikTok has completely changed my life,” McKay said. She recently moved into the first apartment she bought.

TikTok is the world’s most downloaded app in 2021, currently with more than 1 billion users globally. The platform is just now starting to cash in on that popularity, though.

TikTok’s revenue last year was nearly $4 billion, mostly from advertising. That number is forecast to reach $12 billion this year, according to research firm eMarketer, larger than Twitter and Snap combined. This is only the third year the company has accepted advertising on the platform.

“This is definitely a threat to Google and Facebook,” said Pieter-Jan de Kroon, CEO of online advertising agency Entravision MediaDonuts, “TikTok is starting to take a share of corporate media budgets, respectively. with the size of their users”.

Google and Facebook are giants of online advertising. The duo’s dominance makes them accused of monopolies in the US, UK and the European Union (EU). TikTok and its parent company ByteDance are gradually becoming the biggest threat to the two companies in the past two decades.

This is not a beginner’s luck. As soon as Zhang Yiming founded ByteDance, the company developed applications with algorithms that recommend videos according to viewers’ preferences. Douyin – the Chinese version of TikTok – now has more than 600 million users. ByteDance’s revenue last year was estimated at $58 billion. The company also grew faster than other major social networks.

TikTok is starting to show potential profits in countries, like the US. The company is offering up to $2.6 million for TopView ads that run in one day. This is the first ad that appears when the user opens the app. This number is four times higher than a year ago, according to data compiled by Bloomberg.

Not stopping at advertising, TikTok is diversifying into music distribution, game publishing and subscription subscriptions. They also encroach on e-commerce, blurring the line between social networks and online shopping. The platform currently allows sellers to open online stores in some countries such as the UK, Indonesia and Thailand. Millions of users are buying products directly in this app.

“TikTok is TV for young people,” said Jo Cronk – Marketing Director at Whalar, “If you want your brand, product or service to attract young people, this is a must-have”.

The person who plays a key role in improving TikTok’s business model is Blake Chandlee – Global Head of Business Solutions. He joined TikTok in 2019, after a decade at Facebook. Chandlee says traditional advertising is disappearing. Businesses will also evaporate if they spend money on old TV shows or social networks.

“When it comes to branding, people still think of TV. I think it’s a mistake,” he said in an interview at Cannes Lions. “We’re going to squeeze into traditional TV.”

Chandlee and his team — engineers, data analysts and sales people — are working with brands to partner with influencers like McKay. They create new challenges, video effects and video formats.

Businesses are pouring advertising budgets into TikTok. “Two years ago, companies were experimenting. By this year, the story has turned to how much money should be poured into the platform,” said Ryan Detert, CEO of marketing company Influential.

Richard Henne, co-founder of fashion house Ivory Ella, says his company uses TikTok to attract teenage female customers. This is the audience they couldn’t have from the older social networks. Currently, they still spend about 25% of their social media advertising budget on Facebook and Instagram. However, Henne is trying to “get that ratio as low as possible”.

Besides, unlike Facebook, TikTok does not rely much on customer activity tracking. TikTok’s artificial intelligence will distinguish what users like or hate from their activity on the platform, for example how long they watch cat videos. From there, TikTok’s algorithm will show the appropriate video and ads.

TikTok has set aside $200 million in 2020 to pay producers of high-view content. They pledged to increase this number to $ 1 billion in the US in the next 3 years.

Chandlee and his team are still experimenting. In May, TikTok began allowing content producers to share in the revenue from ads placed in their videos. This form is similar to the way YouTube does with vloggers. TikTok also started selling TopView ads by clicks and impressions, instead of a one-day package. This will give businesses more affordable, more targeted options than Facebook.

Zhang described the combination of entertainment and shopping as “the next big breakthrough”. In 2020, Douyin recorded $26 billion in e-commerce transactions on the platform, in the first year of introducing in-app shopping. A year later, the business tripled, with in-app stores, customer support, and payments.

TikTok has partnered with Shopify to let merchants embed their stores in TikTok videos. The transaction will be processed on third party sites, similar to Facebook shop. Recently, however, TikTok adopted a similar approach to Douyin. Since the middle of last year, they have launched in-app stores, with a smoother experience. This applies in countries including the UK, Indonesia, Singapore and Thailand.

TikTok plans to bring GMV (total value of goods traded) to $2 billion this year and $23 billion in 2023, according to Bloomberg’s sources. Indonesia – one of TikTok’s most populous markets – will largely contribute to this goal.

ByteDance last year headed for an IPO with a valuation of more than $350 billion. However, that outlook is slowly fading as global tech stocks plunge. In China, authorities are also tightening control of Internet giants, such as Alibaba or Tencent.

Beijing’s aggressive policies last year forced ByteDance to shut down much of its online teaching business, ditch a stock-trading app, and disband its venture capital business. Zhang also resigned as CEO and Chairman of ByteDance.

In the US, their political challenge is also great. Although the administration of US President Joe Biden has dropped plans to ban TikTok, many people still see the platform as a security threat.

ByteDance is also increasingly paying attention to TikTok. Last year, they recruited former Xiaomi leader Chew Shouzi to be the CEO of TikTok. Several other leaders from ByteDance were also sent to TikTok. There are rumors that ByteDance wants to separate TikTok and turn it into a business outside of China. However, the political risks of this move are great.

TikTokers don’t care much about this. McKay is only interested in making content. After graduating from college this summer, she will try her hand at acting.

“I will continue to make short videos even as my acting career flourishes,” she said, “I love sharing my life with people.”