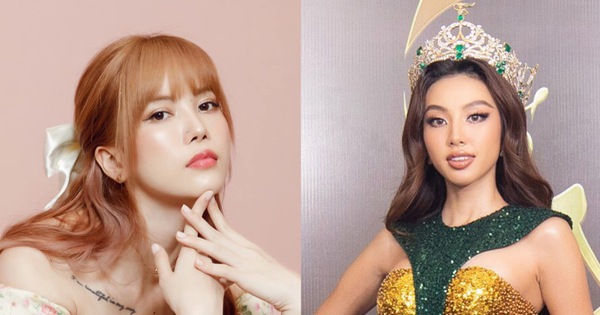 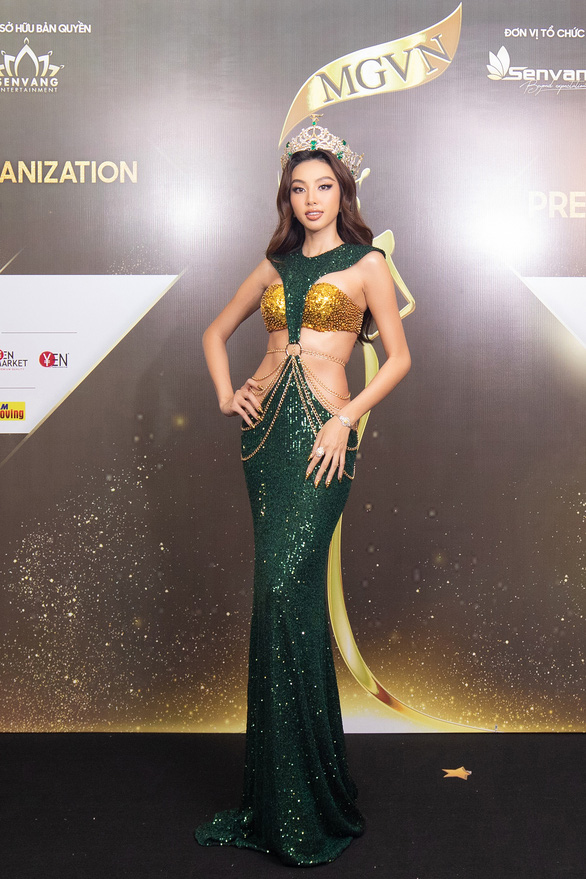 The final round of the contest will take place from September 5 to 25. The organizers will choose 1 Miss and 4 runner-ups, with a total prize value of nearly 1 billion VND.

This event was organized by Camila Cabello with male singer Yotuel, on a farm in Simi Valley, California. It is also the filming location of many Hollywood movies. 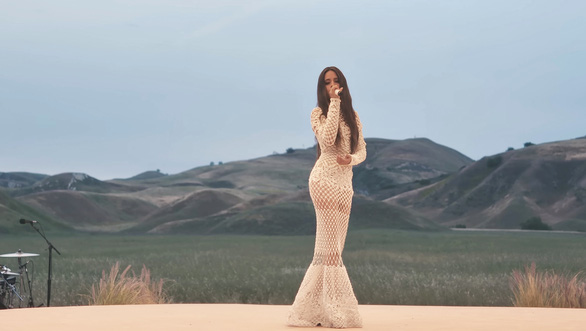 Camila Cabello wears a dress by Cong Tri – Photo: Provided by the designer

She chose a cream white dress in the collection Cong Tri Autumn Winter 2021. This dress is designed in taffeta fabric. The artisans used the crochet technique, bringing the shirt with patterns of diamond, circle and dahlia flowers. The design was made in 450 hours with moderate openings to show off Camila Cabello’s seductive curves.

This is the second time Cabello has chosen a design by Cong Tri. In September 2019, she wore a cream-colored outfit to the event iHeartRadio Music Festival 2019.

Previously, musician Thien Hao set the record of “The person who has been granted copyright for the most musical works, 200 songs in a period of 6 months” at the end of 2019. To date, he has composed 600 songs, including 400 copyrighted songs and nearly 200 songs in the final stage. 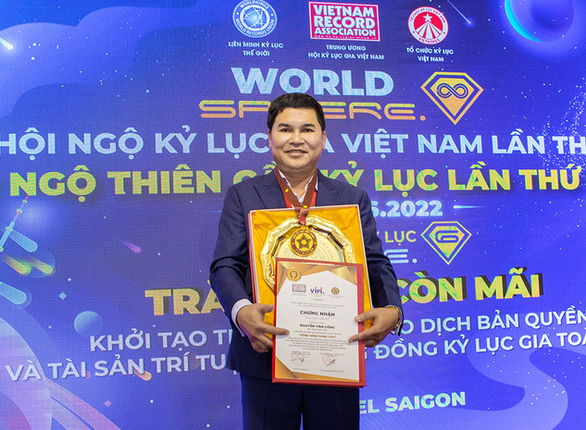 On this occasion, musician Thien Hao donated the copyright of the song House of Record for the Vietnam Record Institute, with the content of honoring Vietnamese talents. The male musician said that he will hold a mini live show announcing new compositions to thank the audience in August 2022.

* Put the drama on the bingo stage

After a long period of moderate activity due to the epidemic, recently, Lo Lo – pregnant woman of Saigon Tan Thoi Lottery Group – boldly put the play on stage. The play begins Horror night.

The play with the participation of Tra Ngoc, Hoa Thuan, Chenco and members of the bingo crew such as: Lo Lo, Mau Dat, Huong Hoa, Diem Hue, Be Tu, Chau Pha… Actor Tra Ngoc also took on the role. director of the play. The show attracted about 1,000 spectators. 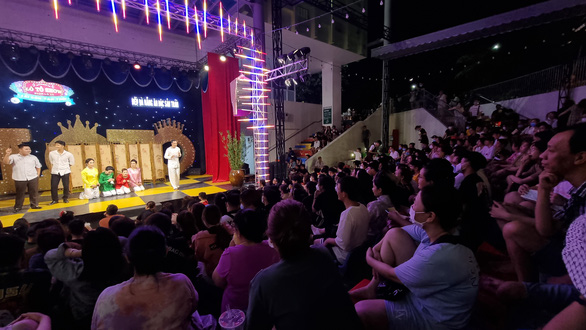 A large audience watched the drama at the bingo stage – Photo: BTC

Lo Lo said: “The audience of Saigon Tan Thoi bingo is diverse and of many ages, so I chose a suitable topic for the whole family to enjoy together. Through the play, we wanted to convey a message. This also contributes to bringing a better image of the bingo stage and also the bingo artist, we make folklore with artistic value.”

Notebook Horror night will be performed again on June 19.

* Thieu Bao Tram released an album about feelings after breaking up

On the afternoon of June 7, female singer Thieu Bao Tram released a mini album After YOU. The album has 5 tracks: After YOU, there’s someone behind you, can we be friends, first say goodbye and A week after breaking up.

The album takes the theme of “breakup” as the focus and the word “breakup” also appears densely in the song title. Therefore, on social networks, Thieu Bao Tram also caused controversy about whether she put her personal love story into music. She was rumored to love male singer Son Tung M-TP for 8 years and broke up after rumors of “green tea” in 2021. Thieu Bao Tram has never confirmed the incident. 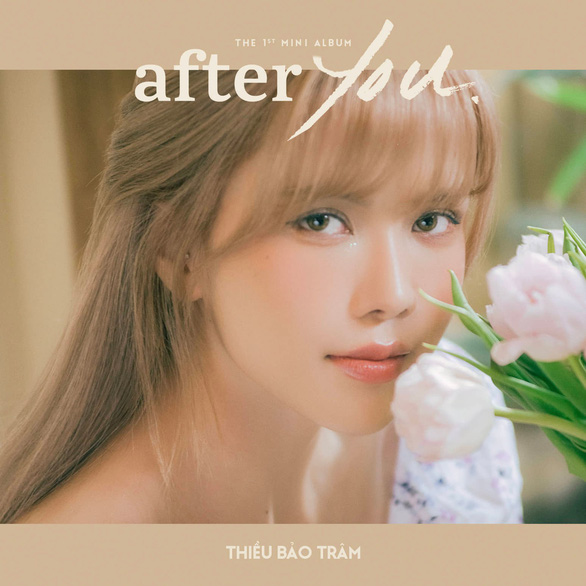 Album cover “After YOU” by Thieu Bao Tram – Photo: Provided by the character

Album released on the same day as MV Can we be friendspart 2 of MV Is there anyone behind you?. Thieu Bao Tram shared, in this album, she sang with all her true feelings and the emotions of the age of 28.