‘Thu Minh is not as professional as Ho Ngoc Ha’ 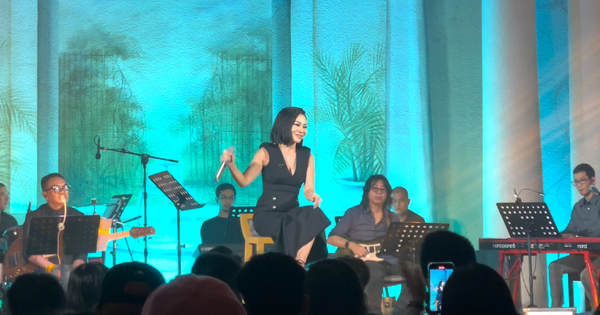 In the first show since returning home after 2 years, Thu Minh confessed that it was strange that she suddenly felt very… shaky. At the age of 45, the singer said that he had changed a lot, before he was “terrorist in kindergarten”, but now, the life of a housewife has worn down his “claw” a bit.

So at the beginning of the night, she promised to sing softer and more slowly. But like the clip “must sing softly for baby Bear to sleep” causing a fever on the internet, Thu Minh promised but Thu Minh did not keep his word.

A Thu Minh is both strange and familiar

And after a long time without singing anything because of being far from the audience, that promise of Thu Minh through more than 15 songs with continuous difficult highs, left an unforgettable aftertaste in the hearts of those who waited. Waited for her for 2 years.

Like the comment of musician Hoai Sa, “It will be the same as when Ha practices with you on stage. As for me, I practiced and then went on stage… doing it differently. That’s why I have to be professional and restrain myself.”

But actually, Hoai Sa’s statement is not about his attitude to work, but rather a recognition and respect that he has for the “artist” inside Thu Minh.

Thu Minh admits to her, singing is a must “have sex” but to “smack it down”, it’s really difficult. When she goes on stage to perform, she just wants to burn off all her energy to devote the most complete moments with music to those who love her.

It is undeniable that after 3 decades of artistic activities, Thu Minh has a strong position in the music industry. The singer’s voice born in 1977 still causes many controversies. Those who don’t like it, say whatever they sing, but feel stressed and tired, and those who are already “sticky”, the more she sublimes, the more passionate they are.

Who would have thought that the challenge of a powerful vocalist like Thu Minh was… to know how to “hold back”. And with The come back, Thu Minh has clearly shown her efforts in restraining her efforts so that her music is less “upset”. She sees herself as “more powerful in controlling my ego”.

I have never longed to sing like I do now

Long applause and endless howls after each performance at The come back is a clear proof of that.

From the series of songs that made Thu Minh’s name like Fly, Don’t Love, I don’t believe, Curves, Diva… to famous international songs like All by myself, I will always love you, Never enough…were remixed by Hoai Sa’s hand to fit Thu Minh’s voice.

The performances are arranged in order of increasing difficulty, causing the applause to get louder and longer as the program progresses. And as usual, the songs with the highest notes were the ones that responded the most.

“Familiar songs lead us back to a time when we grew up together and spent a brilliant youth together. For Thu Minh, those are memories of her training from one genre to another, “- Thu Minh shared.

‘All by myself’ through Thu Minh’s voice – Video: TIEN VU

Thu Minh confided that she followed her husband to Singapore for the past two years, because of the epidemic, she had to stop entertainment activities to spend time taking care of her family. Now that life is back to a new normal, vocals Curve continue to return to the greatest passion of my life.

She affirmed that she has never had so much inspiration and desire to sing as she does now. On the stage of The come backMore than once, Thu Minh shed tears and was shy because she could not hide her feelings on the first day of returning to perform in Ho Chi Minh City – the land that was not her birthplace, but witnessed the ups and downs of what was. Thu Minh’s name in music.

In an emotional moment, she reminded her son why the future may be busy and less close to him: “A mother’s love for her child is not just words. After COVID-19, mom will have to go back to work.

Only then can she keep her person and her energy. To live is to have passion. I want to be an example so that later, when you grow up and have a passion of your own, you will not be afraid but boldly step forward to pursue and conquer it.”

Some pictures from the concert: 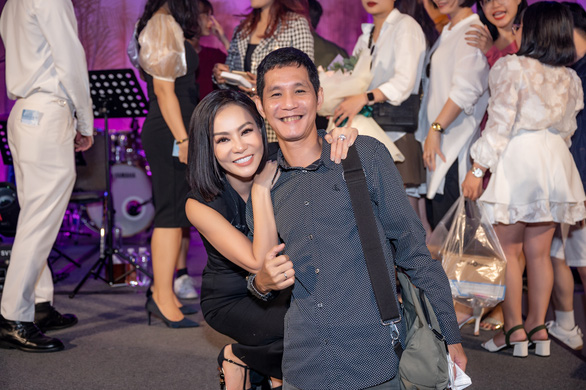 For Thu Minh, Hoai Sa is both her soulmate and teacher in music 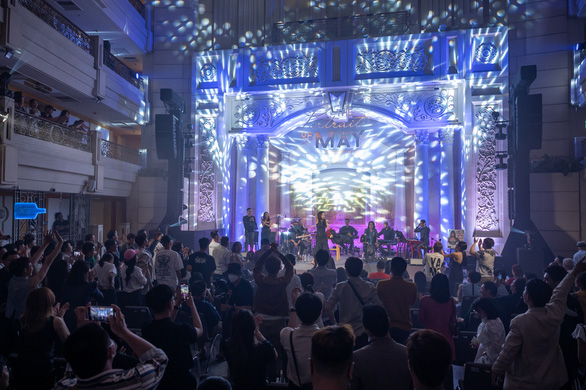 When the show ended, a lot of audience asked the singer to… continue singing