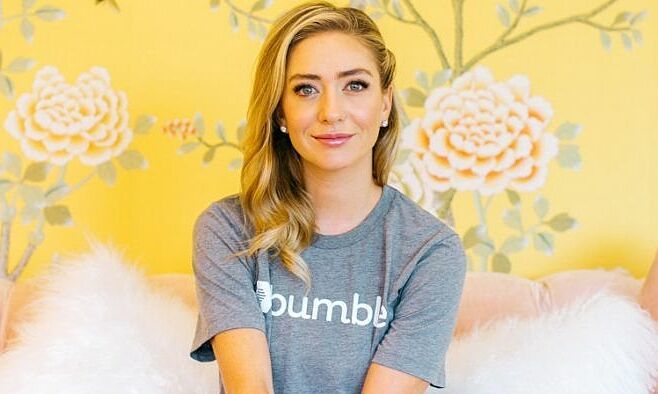 Herd currently owns $ 1.5 billion and is the youngest self-made female billionaire in America, according to the prospectus. She is also the youngest female CEO to put a company on the stock exchange here.

Wolfe Herd founded Bumble in 2014 shortly after suing Tinder – his former company – for harassment. She accused former boss Justin Mateen of threatening and stripping her Tinder co-founder. Tinder then denied and the case was resolved quickly and secretly.

After leaving Tinder, Wolfe Herd teamed up with billionaire Andrey Andreev – who successfully built many dating apps in Europe and Latin America – to create Bumble in 2014. On this platform, only women have access to first. This is completely different from Tinder and many other dating apps.

Andreev left the company in November 2019, four months after Forbes published an investigation of alleged discrimination against women in his London office, which Andreev was responsible for managing. This goes against Bumble’s philosophy. The company denied most of these allegations and conducted internal investigations, eventually concluding that the above information was false.

In November 2020, Blackstone Group acquired a stake in Andreev, thereby valuing Bumble at $ 3 billion. Bumble owns the dating app Badoo. Currently, both of these apps are available in 150 countries, with more than 40 million active users each month.

The road to start a business with Wolfe Herd has not been smooth. However, she thinks anyone can start a business and be successful. “First, find your passion. If you are truly talented in that field, you will find a way to do business,” she said on CNBC, “For example, if you are a great cook, be sure start a cooking blog, and sell recipes.

In 2017, she was included in the 30 Under 30 list by Forbes in the field of Consumer Technology. Bumble also resonated in early trading, as the stock nearly doubled its IPO price.

“Today, Bumble goes public,” writes Wolfe Herd on his profile, “This is due to the more than 1.7 billion moves made by brave women on our app, and by women. The pioneer woman paved the way for us to enter the business world as well. Thank you everyone “.

Ha Thu (According to Forbes, CNBC)