The world of Android is about to make the iPhone obsolete 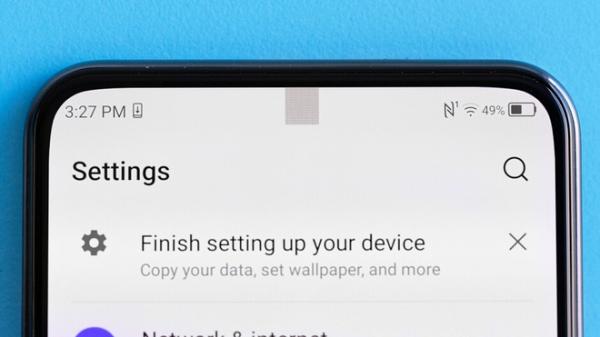 After the design with the top notch and hole punched out, this year Android smartphone makers will introduce phones with front cameras below the screen.

According to Ice Universe, Samsung, Xiaomi, Oppo, Vivo and ZTE will all introduce phones with selfie cameras below the display later this year.

Samsung plans to adopt new technology for foldable smartphones. This could be a successor of the Galaxy Z Flip or the Galaxy Z Fold. Similarly, Xiaomi also placed the camera under the Mi Mix 4 screen. There were information and images leaked about this device not long ago.

Other Chinese phone makers including Oppo, ZTE and Vivo also plan to launch smartphones with cameras hidden under the screens in 2021.

Specifically, Oppo applies new technology on the folding screen version, similar to Samsung’s idea. Meanwhile, ZTE will release the Axon 30 Pro 5G, an improved model from the first phone with an under-display camera. Vivo also plans to launch a phone with a similar design, but there’s no specifics yet.

ZTE is a pioneer with this feature. In September 2020, the company announced the Axon 20 has a 32 MP camera hidden behind a semi-transparent AMOLED screen.

The camera technology under the screen is still incomplete, the photo is blurred, the camera position is clearly exposed. Photo: Archyde.

According to Phone Arena, the new technology looks impressive, but not complete yet. Selfies from the Axon 20 lack sharpness. Even the screen in the camera position is easy to recognize, especially when displaying bright colors.

However, manufacturers who are about to join the new trend will continue to improve, bringing the camera under the screen more perfect.

After the fingerprint sensor, the selfie camera is the next part placed inside the screen towards the completely bezel-less front design.

In recent years, phone companies have tried to increase the display ratio on the front by creating a notch and punching design. However, the limitation of this solution is to create a split on the screen, causing distraction.

The world of Android is about to make the iPhone obsolete