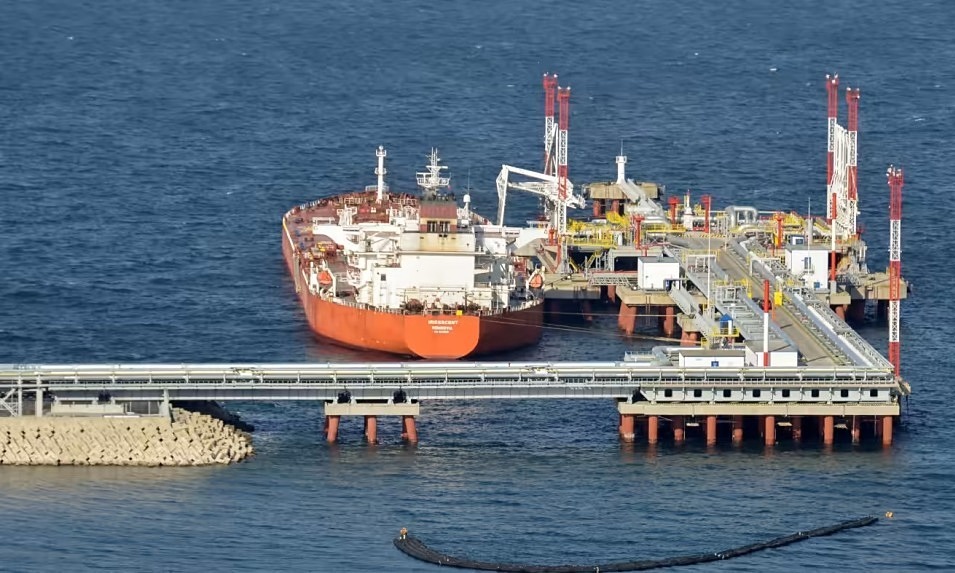 Insurers are afraid of the plan to impose a ceiling on Russian oil, because they will have to verify whether Moscow and the buyer are complying with the price ceiling.

Over the past few months, the US has actively promoted the idea of ​​​​ceiling prices on Russian oil and convincing its allies to join. They fear that the European Union (EU) ban on imports and the provision of insurance services to Russian oil will cause prices to skyrocket. The American idea is to allow insurance for shipments of Russian oil and oil products, if the selling price falls below the ceiling.

However, this untested proposal is being met with skepticism by energy experts and especially marine insurers. These companies support global oil shipments and play a pivotal role in the American idea.

Insurers, mostly British and EU, are concerned about verifying whether Russia and oil buyers are complying with the price ceiling. “We could ask them to show proof of the price paid, but making it mandatory is not very effective,” said Mike Salthouse, a leader at the world’s leading marine insurer. The North of England P&I Association said, “If they want to circumvent the law, they will find a way. We have said the plan is not feasible and have already explained it to everyone.”

However, this did not stop US Treasury Secretary Janet Yellen and US officials. They are persuading countries, banks and insurers that an oil price ceiling can cool inflation and reduce recession risks.

“In a time of global price anxiety, an oil price ceiling is one of the most powerful tools we have to address this,” she said in July.

The US plan is based largely on the marine insurance industry. Cargo ships need Protection and Indemnity (P&I) insurance to protect against injury or environmental damage claims. They also need hull and machinery contracts to cover physical damage.

Lars Lange – General Secretary of the International Union of Marine Insurance (IUMI) believes that even with the price ceiling, companies are still hesitant to insure Russian oil, for fear of violating sanctions. “We’re very willing to comply. But let’s set sanctions in a way that we can understand and comply with,” Lange said. “As with this oil price ceiling idea, there are many challenges, few especially from our side.”

Lange says the price cap won’t work if only a few countries comply, as insurers from other countries will quickly fill the void.

The US Treasury official responsible for the plan has been meeting with insurance and financial services firms to assuage their concerns. Officials say firms will not be held liable if buyers and sellers evade sanctions. Russia and its customers will have to attest to the purchase price. They say the imposition of a price ceiling is similar to sanctions targeting Iranian or Venezuelan oil exports.

Officials also say that there is no need for countries around the globe to participate. Because countries that currently buy a lot of cheap Russian oil, like India or China, will benefit from the price ceiling without signing an agreement.

At the end of June, the leaders of the G7 countries agreed to study this proposal. Last month, the idea received mixed reviews from G20 finance ministers during a meeting in Indonesia. South Korea said it was willing to participate. Meanwhile, Indonesia warned that it was difficult to solve the problem of global oil supply. European officials are also skeptical and reiterate that they are analyzing the feasibility.

“The G7 finance and energy ministers have made great progress on how to design this concept from a technical perspective,” Wally Adeyemo, Yellen’s assistant, said in an interview. . He also confirmed progress in persuading other countries to join the alliance to impose a price ceiling.

Adeyemo said the official is studying price ceilings so insurers don’t have to review each transaction. “We’ve had constructive discussions with members of the industry. This helps us understand how oil is being sold and who has price information. We also know we can give feedback. come up with a method to make the assessment as simple as possible,” he said.

Still, some former US Treasury officials doubt the plan will work. “I think this is a smart idea. However, it may not work,” said Lawrence H. Summers, US Treasury secretary under former President Barack Obama.

He said that in the world there are not many successful cases of group buying. Besides, oil transactions can be hidden.

The US hopes to reach an agreement by December 5, the time the EU embargo takes effect. However, so far there are still many unresolved issues, including how much the price ceiling will be imposed.

US Treasury officials want prices to be high enough for Russia to still have an incentive to export. Some commodity experts say this should be in the $50-60 a barrel range – well below current prices around $100.

The unknown, however, is how Russia will react to this. Russia’s Central Bank Governor Elvira Nabiullina said last month that the country would not sell oil to countries that imposed price ceilings, and predicted that this would further increase world oil prices. Some Russian officials also insist that they will not sell oil below the cost of production.

In a report last month, JPMorgan forecast that if Russia did not cooperate on the price ceiling, about 3 million barrels of Russian oil would be withdrawn from the global market every day, pushing prices to $190 a barrel. Russia can also withstand temporary production shutdowns while preserving its finances.

Brian O’ Toole, a former adviser at the US Treasury Department, affirmed that Russia’s short-term suspension of exports would destabilize the market. Paul Sheldon, geopolitical adviser at S&P Global Commodity Insights, said that Russia cannot limit oil exports, given the importance of oil to this economy.

Still, proponents believe that if the EU bans Russian oil insurance, a price cap could be the best chance to ease the economic fallout. John E. Smith, a principal at the law firm Morrison & Foerster, said the key was to make sure marine insurance and financial services firms weren’t responsible for seeing the price of each oil sale, as well as the supply detailed implementation instructions.

“The question is whether enough countries will agree to this plan,” he said. “If so, this will be a victory for all but Russia.”

Ha Thu (according to NYT)