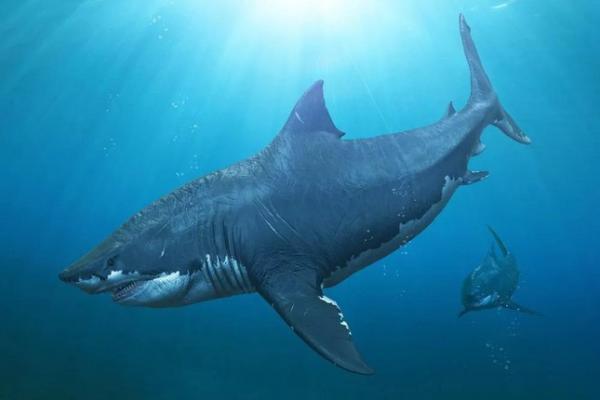 The largest known shark on Earth, Otodus megalodon, has dominated the seas for more than 20 million years.

Megalodon, which went extinct millions of years ago, was the largest shark to ever prowl the oceans and one of the largest fish on record. Its scientific name, Otodus megalodon, means “giant tooth,” and for good reason: Its massive teeth were nearly three times larger than those of a modern great white shark. The megalodon shark’s fossilized bones and teeth give scientists key clues about how and when it died.

WHEN MEGALODON IS EXISTED

In the famous 2018 movie – “The Meg”, it pits modern humans against a giant megalodon shark, but in reality it is more likely that the monster died before humans evolved. But it is difficult to pinpoint the exact date of the megalodon extinction because the fossil record is incomplete.

In 2014, a team at the University of Zurich, Switzerland studied megalodon fossils using a technique called optimal linear estimation to determine their age. Their study, published in the journal PLOS ONE, found that most of the fossils date from the Middle Miocene to the Pliocene period (15.9 million to 2.6 million years ago). All signs of the organism’s existence ended 2.6 million years ago in the current fossil record. By comparison, our earliest Homo sapiens ancestors appeared only 2.5 million years ago, during the Pleistocene epoch, according to the University of California Museum of Paleontology.

A very small fraction of the data from the Zurich study – 6 out of 10,000 simulations show a 1% chance that these giant sharks could still be alive. That chance seems pretty slim, and the researchers wrote in the study that they disprove “common claims about the survival of O. megalodon today.”


Because no one has discovered any recent evidence of the monster — not even fossils younger than 2.6 million years old — scientists agree that the megalodon shark is long gone.

HOW HUGE are MEGALODONS?

According to the Natural History Museum (NHM) in London, some believe that the Megalodon shark could have been as long as 18 meters, while others suggest that it was about 25 meters long, which is more likely.

For comparison, the modern great white shark (Carcharodon carcharias) reached a length of 6 m. Even larger is the whale shark (Rhincodon typus), which grows to 9.7 meters long, according to the Florida Museum of Natural History.


Current calculations indicate that the megalodon could have reached a length of up to 10 meters and is unlike what is seen in the movie ‘The Meg.

The largest megalodon tooth was about 17.8 cm long, almost three times longer than that of a great white shark. That enormous size led ancient peoples to hypothesize the origin of the creatures. For example, the early discoveries of megalodon shark teeth in Western Europe are thought to be the petrified tongues of ancient snakes. They call them “tongue stones”.

WHERE HAS MEGALODONS LIVE?

Like dinosaurs, Megalodon liked warmth. During its existence, it hunted in the warm, shallow seas that covered much of the planet. Megalodon teeth have been found on every continent except Antarctica. Megalodon may have gone extinct when these seas dried up, ice ages began and water locked up at the poles, according to Discovery. Sharks starve to death or freeze to extinction.

WHAT DOES MEGALODON FEED?


Megalodon is a top predator. It eats other large marine mammals, such as whales and dolphins. It may even have eaten other sharks, according to Discovery.

The researchers think that the megalodon would first attack the mammals’ tails and tails to prevent them from swimming away, then rush in to kill, according to the BBC: the megalodon’s 276 front teeth are the perfect tool for tearing flesh.

While humans have been measured to have a bite force of about 1,317 Newtons, researchers have estimated that the megalodon had a bite force between 108,514 and 182,201 newtons.

– Cold water may have killed off the megalodon shark: About 3.6 million years ago, when Earth entered a global cold and dry period, megalodon became extinct, according to the Museum of Natural History.


– Cannibal megalodon sharks: To ensure survival, megalodon sharks may have eaten their own siblings. As each embryo will grow to take up significant space, eating them gives the surviving shark more space to grow and reach a length of 2 meters at birth.

Megalodons lived nearly 70 times longer than modern humans: Megalodons inhabited the oceans for about 20 million years, according to the Museum of Natural History, while Homo sapiens appeared about 300,000 years ago. The key to these sharks’ long-term dominance is probably their near-invincible size.

– Their fossil remains are confused with dragon tongues: Before humans made a connection between fossil megalodon teeth and modern shark teeth, they assumed that these pointed rocks were the tip of a dragon’s tongue, according to the Encyclopedia Britannica. In the 17th century, it was believed that these mysterious stones had medicinal properties and people would collect them for good luck.