The supply of Hanoi apartments continues to decrease 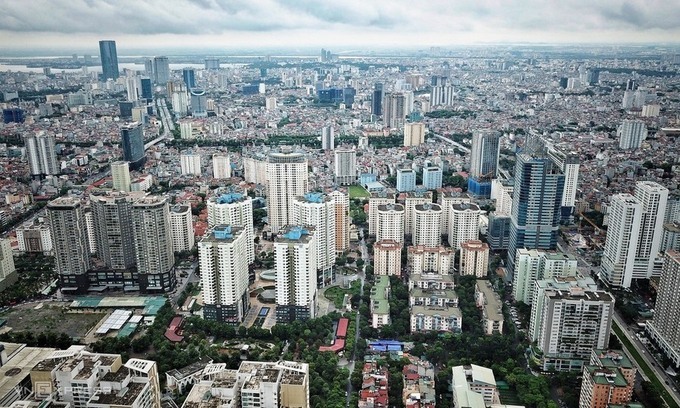 With supply continuing to decline, CBRE said next year the market could expand to areas such as Dan Phuong, Dong Anh, Van Giang (Hung Yen).

According to a report on real estate market in the third quarter of CBRE, the supply of apartments in Hanoi recorded a 65% decrease in the number of units launched for sale, of which, in the second quarter, there were 5,600 new units for sale.

In the third quarter, the Hanoi market received 3,500 new apartments for sale. The products from the affordable and mid-end segments are relatively balanced. Most of the projects are of small and medium scale, located in Ring 3 area.

Due to low launches, sales in the quarter exceeded 20% of new launches. According to CBRE, despite the disruption of the sales and marketing of the project due to the second Covid-19 wave, 4,200 apartments were sold in the third quarter.

Selling price in the primary market was recorded at an average of 1,325 USD per m2, excluding value added tax and maintenance fees. This decreased 4% YoY due to a higher proportion of affordable projects launched for sale in the quarter. In the second quarter, the price was recorded at 1,379 USD per m2.

In 2020, CBRE forecasts that new supply is expected to fluctuate between 14,000-16,000 units, allowing sales to catch up faster. Primary prices are expected to stabilize in the last quarter of the year as supply from the mid-end segment still dominates the market and is more competitive in this segment.

In the group of houses attached to land, CBRE said that due to the second outbreak of Covid-19, the market recorded only 45 new launches in the quarter. In 9 months, the number of newly launched units decreased 92% compared to the previous year. Due to limited new supply and positive demand, sales results were still positive, reaching 570 units, nearly 30% higher than the number of new launches during the period.

Due to the lack of new supply and open supply, the attention of the market is focused on existing projects. Secondary prices for villas and townhouses increased by 2% and 7.2% respectively year on year. Secondary asking prices recorded an increase in a number of projects in developed residential areas such as Thanh Xuan, Bac Tu Liem, Nam Tu Liem, Cau Giay and Tay Ho. Besides, these are also the areas that have witnessed the completion of traffic infrastructure works and utilities recently.

It is expected that new open supply for sale in the land-attached housing market will be limited to 500-600 units in the whole year 2020. In the coming years, the market is expected to spread to new areas such as Dan Phuong. , Dong Anh or Van Giang (Hung Yen).

Previously, the latest report of the Vietnam Real Estate Brokerage Association (VARS) commented that in the last 2-3 years, real estate project development in Hanoi was very sluggish. VARS said that almost no new projects were approved for investment at this stage. Projects that have been started at an earlier stage are offering “drip” products. On average, new supply to the market only reached more than 2,000 products per quarter, which is “too small” number for a city with nearly 10 million people.