The strange archipelago is filled with plants of “alien” 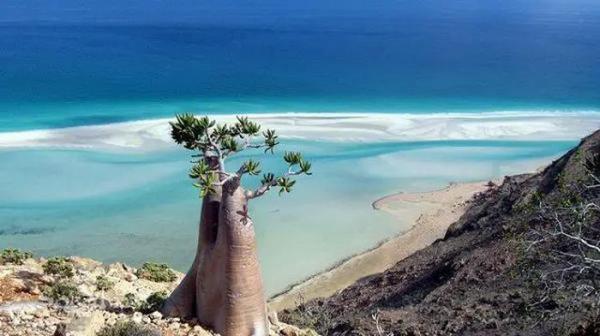 Socotra archipelago is the most exotic place in the world with a scenery like on another planet. This place is also home to many rare species of flora and fauna that cannot be found anywhere in the world.

This place has about 825 rare plant species, with more than one third being endemic. The Socotra Islands are also famous for their large number of exotic reptiles: 90% of reptiles and 95% of ground slugs found nowhere else on the planet. The marine life of this archipelago is also quite diverse with 253 types of coral, 730 species of fish and 300 species of crab and shrimp. Through a complex geological formation, along with the combination of ancient granite blocks, limestone cliffs and red sandstone plateau, the Socotra archipelago became isolated from the world. Approximately 250 million years ago when most of the Earth was still not divided, and most plants and animals freely moved, spreading from one region to another. However, at that time, Socotra was a separate island, so no matter what incident, trees and animals here never spread to the mainland. With a semi-desert climate with an average temperature of 25 ° C and virtually no rain, trees on the Socotra archipelago also have to grow in a variety of ways to avoid evaporation. The archipelago is geologically isolated for a long time and is also caused by severe volcanoes and drought, which is considered the pearl of the Arabian Sea. All come together to create a unique and spectacular endemic flora. One of the most prominent species of the Socotra archipelago is the dragon’s blood tree (Dracaena cinnabari), whose strange shape resembles an umbrella. In addition, this red resin is also used in the sacred rituals of sorcerers, it is believed to increase the potency of spells of love and protection.

The fauna of this archipelago is equally diverse and rare. There are 140 species of birds. Especially endemic animals such as the stone starling Socotra, sunbird, bunting, sparrow and giant, golden-winged gnat.

The strange archipelago is filled with plants of "alien"