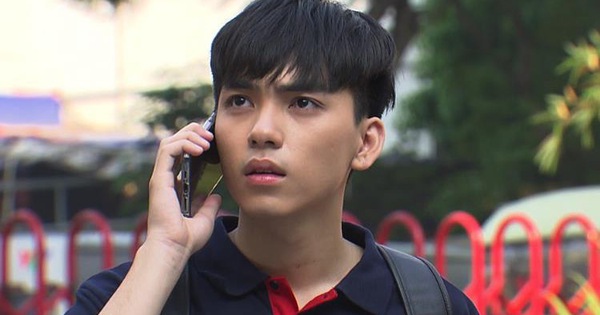 Rebellion in the midst of a chaotic world

The age of 18 is the most beautiful age in a person’s life, but this is also a milestone for schoolboys and girls to step into the world of adults. Youth is full of vitality, and at the same time, it is also too impulsive and inevitable to make mistakes. In the midst of the hustle and bustle of life, children who are forced to grow up cannot avoid the crisis of youth. 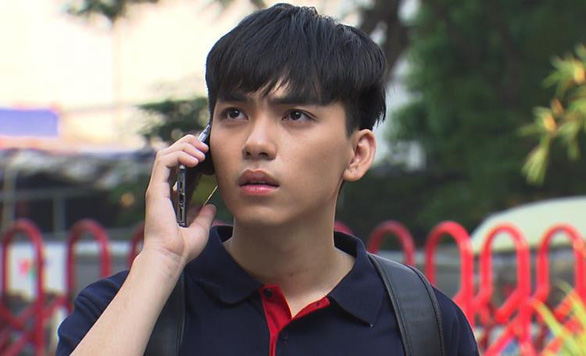 Dung (Hoang Long) is an example of an 18-year-old student who loves games more than studies. That student still lacks the love of his mother because from a young age living with his father, he always knew only about work and did not care about his true feelings. Even on his birthday, his father was not around, but only left an envelope of money “You can buy whatever you want to buy yourself. Happy birthday son”.

The gap between Dung and his father grew larger when Mr. Hoang publicly announced his relationship with Thao, a woman that Dung had no sympathy for.

At the new school, he also had trouble with the difficult PE teacher and was bullied in the way “old ghosts bully new ghosts”…

Small way to life exploit the story “crisis age 18” from a modern perspective, the issues are very close and true. Dung is portrayed as an ordinary student, far from the image of “a good student”, “a son of a family”.

With the common defects and concerns of adolescence in Dung, there are many similarities that parents will see their children’s image in them.

Trailer of the movie The Little Way to Life

Magical friendship guides us into life

Fortunately for the 18-year-old student, he did not have to go through the crisis alone. Close friends have always been by Dung’s side during the most beautiful years of his youth. As in episode 2, when he was alone on his birthday without his father by his side, Dung was held a happy birthday party by two of his close relatives and was impressed by the drunken scene… humorous coffee.

Friendship in Small way to life diversity, connecting people who are similar despite being different in life circumstances or age generations. In addition to Dung’s beautiful friendship with the two junior friends, there is a friendship mixed with the student vibes of Dung and the “big sister” of the game room Hoai (Quynh Luong). The contrasting character and environment of the couple will create a relationship that is both sweet and interesting.

In particular, Little Way to Life brings a unique and interesting friendship between a teenage boy and a retired motorbike taxi driver.

From the relationship of “customer” – “motorcycle taxi driver”, they gradually become two friends who sympathize, understand and side by side at any time. Dung has lived with his father since childhood, has everything except for family meals, because Mr. Hoang – Dung’s father – is busy all year round with work.

And Mr. Thanh, a retired official, decided to work as a motorbike taxi driver just to be less lonely in his cold relationship with his wife and son. Two people, one old and one young, have in common that they are alone in their own house.

Special friendship has 1-0-2 in the movie

Their friendship partly erases the “generation gap” that is often considered a cause of disagreement, and proves that different generations can still become close friends and understand each other.

The opening episode of the film is an interesting meeting or in other words, the rescue of Dai Hoai (DV Quynh Luong) to help Dung (DV Hoang Long) at the game room when Dung and his friends had a dispute. Besides Dung’s relationship with Uncle Thanh (DV Bui Bai Binh), motorbike taxis are friendly, kind, open, always ready to help people around.

At the new school, Dung showed himself to be a very straightforward person, ready to stand up for what is right and not give in to wrong things, making the PE teacher very angry and always prejudiced against him. .

On the outside, Dung always acted strong to hide the loneliness and hurt inside, things that seemed as simple as having parents by his side became too far away for Dung. On his birthday, he doesn’t want to go home to be alone in his own house, feeling boundless empty when holding an envelope that is his father’s birthday present on the table, but he also has consolation. when there are still 2 close friends who are juniors at the bottom. However, that joy did not last long, loneliness and self-pity suddenly came when he witnessed the affection of a father and a man passing by at the bus stop, reminding him of the reason why his parents left each other. , he couldn’t hold back his tears, the rain pouring down under the dark sky was no different from Dung’s mood right now, he quietly ran under the rain back to his house to continue living with the responsibility of a person. good children according to the wishes of father Dung (DV, MC Phan Anh).

Small way to life is the next product of the director duo Nguyen Duc Hieu and Le Do Ngoc Linh – who have been successful with 11 May Days. The series is 25 episodes long, airing at 9pm every Monday to Friday on VTV1. 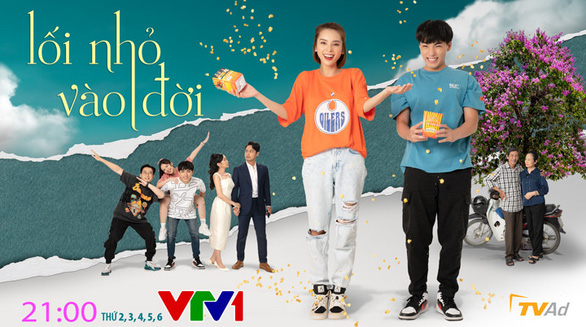