The secret to having an apartment near London and a $400,000 portfolio at the age of 34 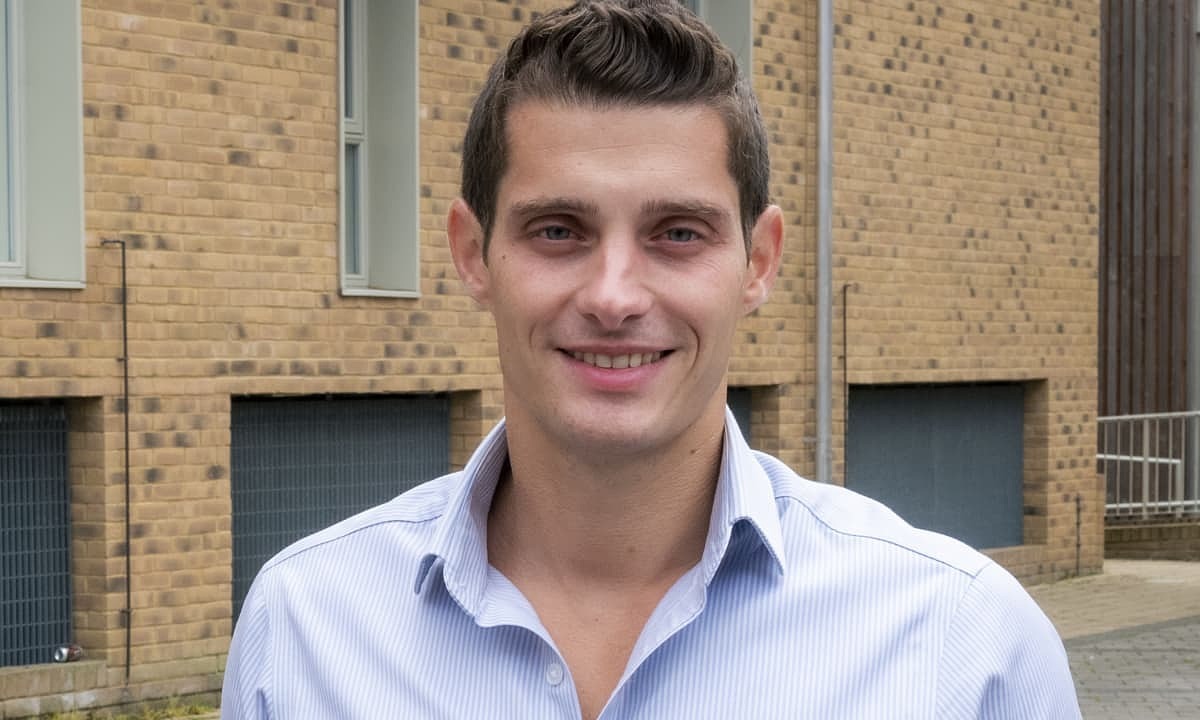 BrotherPassionate about investing early and prioritizing savings, Alex Symeonoglou has a two-bedroom apartment near London and a stock portfolio of more than $400,000.

Since the age of 10, Alex Symeonoglou hasn’t missed a single TV show about the stock market. “Didn’t understand a thing, but I absolutely loved watching,” he recounts.

Alex lived in Athens until going to university at the age of 18. He studied business, marketing, economics and finance at Lancaster University in the UK before moving back to Greece to serve in the military, which is compulsory for males aged 19 to 45. After serving in the navy for 11 months, Alex started a shipping and importing business in Greece, from 2008 to 2011.

As a college student in the UK in 2004, Alex watched stocks daily and joined his father in investing. Up to now, investing for him has become a “side job”. At the age of 34, Alex has amassed an investment of $410,795.

When it came to money, his father was always the role model. Not only did he teach Alex how to manage his personal finances, but he also taught him the importance of living “beneath your means” and not splurging on money. Therefore, Alex always follows his monthly budget “very strictly”. He admits that the lifestyle that prioritizes saving is sometimes detrimental to him. He would rather save money than spend it on meeting friends.

However, Alex also occasionally splashes money unexpectedly. Like when he bought an Audi in July 2019. Although it is a daily means of transportation, he still thinks that he does not need a car too much. The money to buy a car should have been put aside to invest or save.

To keep track of his investments, Alex regularly checks the news and watches stock prices several times a day. “One of the most important principles of investing is that I need to understand the company,” he says. When buying stock in a private company, he evaluates their current performance, how they will perform in the future, and the specifics of that company, such as revenue and debt. Alex often thinks about the long-term growth of each company and avoids “get rich tips”.

“I’m not trying to make a quick profit or become a billionaire in a month,” he insisted.

According to Alex, emotional control skills are very important when it comes to investing. He has learned to stay calm despite the volatility of the stock price he holds. However, the 34-year-old investor often puts his money in index funds, which are less risky and tend to perform better than stock picks. All of his new investments in 2021 are in an index fund. Alex also plans to gradually sell all individual shares to move into this channel.

“One of the biggest mistakes I make is investing in companies that I don’t know much about,” which cost him 60% of his investment.

When he doesn’t follow the stock market, Alex works as an assistant strategist and chief human resources officer for a large pharmaceutical company in London and earns about $181,000 a year. That includes salary, base bonuses, as well as $9,311 from the company’s annual car allowance – an uncommon privilege in the UK, and money “selling” leave each year.

In terms of valuable properties, Alex bought a two-bedroom apartment in Maidenhead, Berkshire in 2015. He decided to buy in Maidenhead because it was close enough to drive to London and the cost of living was also lower, helping him save money. save more money. Alex bought the apartment for $383,340, plus another $20,540 for parking in the building’s garage. He made a deposit of $123,238 and took out a 13-year mortgage. He plans to pay off that money in just 9 years because he doesn’t like being in debt.

However, Alex has no plans to live in London for long. “If all goes well, I will sublet the apartment for passive income and move into another apartment or house, whether in the UK or in another country,” he said.

He wants to try living in another country and start a family. Over time, Alex realized that, while focusing on his career, a good family life was the most important thing to him.

“Happiness won’t come from a bigger house, more expensive car or watch. It comes from having a family and close friends,” he shared.

And unlike those who aim to retire early, Alex plans to work until age 66, the typical UK retirement age.

“One of the things I enjoy about working is not the money or the job title, it’s really the opportunity to be useful and make an impact in my life,” he explains.

VnExpress’s eBox platform deploys the “How to have passive income” seminar taking place in 3 days from October 28 to October 30 with real experience sharing from the speakers. The program is selling preferential tickets from 159,000 VND here.