The Talent Dance Actress Competition – 2020 will be held in Hanoi from October 12 to October 15 at Au Co Theater (Hanoi), in Ho Chi Minh City from October 9 to October 10 at the Military Theater. . Closing Ceremony and awarding ceremony on October 17 at Hanoi Opera House.

This year all exams were posted on YouTube. Immediately after the October 9 concert was posted on YouTube, a foreign account called MN Dance Company commented on the performance. Zero Vietnamese reproduced works S / HE of this company.

Our work can be used as inspiration, not for copying. If you want to use our work, you need permission. Thank you, “comment line of your MN Dance Company account.

Noticeable Zero like S / HE from dance, to music, to how to use props on stage.

Tuoi Tre Online contacted the Department of Performing Arts, a representative of the Department said that they had grasped this information and had viewed and compared and noticed the images, combos, music of the two similar works.

According to this year’s competition regulations, contestants must participate in two works, a single dance work, the other is a double dance or a trilogy (the work of short duration, few people, for judges to judge. are talented). The work with a higher score will be used as a basis for awarding.

Organizers must review the work Zero to determine, then consider the awards of the individuals for this work. 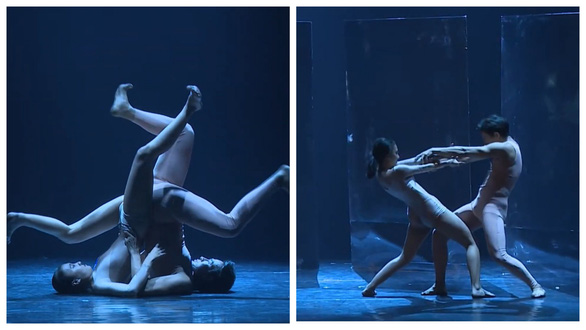 It can be seen that Vietnamese work Zero has a dance set, as well as using props very similar to foreign S / HE works – Screenshot 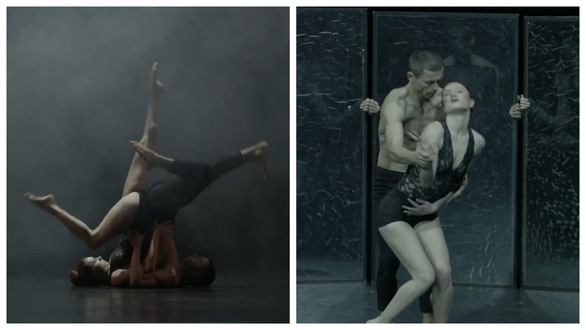 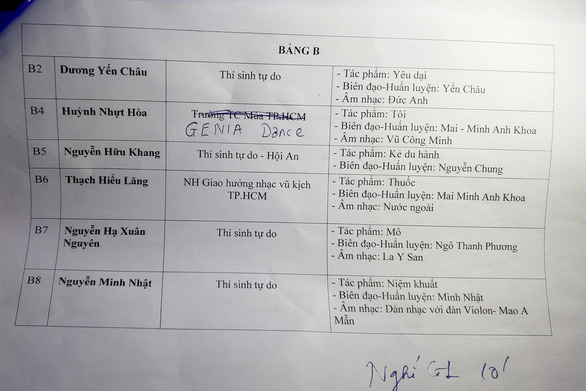 Tuoi Tre Online contacted the Ho Chi Minh Dance Intermediate School, which said that it might be mistaken by the organizers, but both of these candidates were not from the school. This year, two candidates representing the exam school are Nguyen Hoang Lan Anh and Pham The Phuong.

Mr. Hai also added that when the Department of Performing Arts sent an official letter to the delegation to invite actors to participate in the contest, the delegation informed all the actors and those who wanted to take the competition would register directly with the department and group. Support if the actor needs a partner or a practice floor.

Regarding the repertoire ZeroMr. Hai said that Thach Hieu Lang was combined with Huynh Nhut Hoa as a free contestant and thanks to a non-Theater choreographer, therefore, the theater is not responsible for this performance.

Talking to the Department of the Performing Arts, the representative of this department said that Thach Hieu Lang was a member of the Ho Chi Minh City Opera House, and Huynh Nhut Hoa was a free candidate. Both contestants registered for the contest as freelance contestants. The Department will check the registration for these two contestants.

For the day, the Performing Arts Department will meet and decide on the performance Zero.

Competition for talent for dance performance 2020; foreign plagiarism; No.