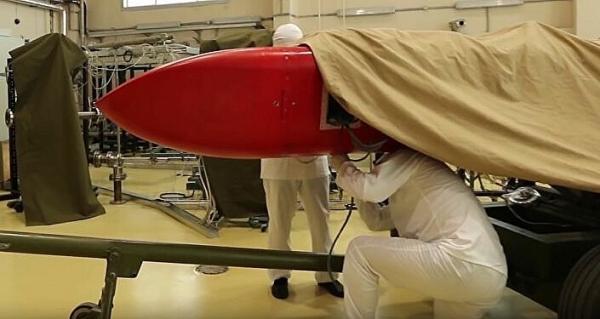 According to the weekly military-industrial communication (Russia), the Russian Burevestnik cruise missile has a nuclear engine and a 2-megaton warhead.

The article reported that even aircraft with long-range early warning radar (AWACS) like the E-3 Sentry could only detect this formidable missile at a distance of no more than 32 km.

“The missile will appear in the blink of an eye on the radar screen and then disappear immediately, the enemy observer has no choice but to think that the tiny fluctuation of light is just a flock of birds or a big wave” , articles write.

The newspaper also confirmed that the only way to record the flight of the Burevestnik missile is to detect radioactive traces from missiles that contain isotopes of iodine-131, ruthenium-103, cesium-134 and cesium-137.

“These traces can be detected later, on day 3 or 4, when radioactive elements reach the upper atmosphere,” the paper said.

The Burevestnik missile was mentioned by Russian President Vladimir Putin in March 2018 in his Message to the National Assembly.

According to Putin, the new weapon is “an unrecognizable low-flying cruise missile, nuclear warhead, with an almost unlimited range of range, unpredictable flight trajectory and passing ability. interceptor routes “.