The rise of Cherubini in the reorganization of Agnelli, so Juve’s desk changes 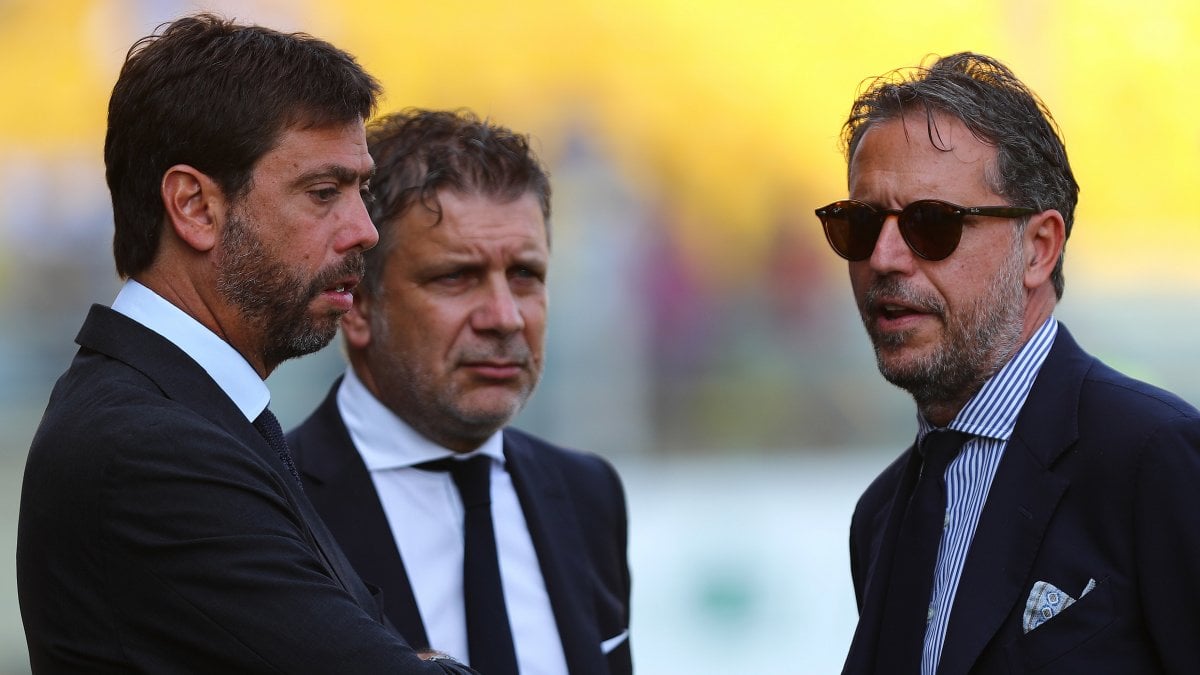 There was no corporate reversal that the social chatter took for granted, but that Agnelli never really took into consideration: Fabio Paratici was and remains the top man of the Juventus management and, indeed, theoretically climbs another step in the Juventus corporate structure. Now is managing director of the Football Area, one level more, at least on the lexical level, compared to Chief Football Officer that was until a couple of days ago. But something has changed, something is changing. And in the reorganization that Agnelli worked on, the role of Federico Cherubini, who was previously Head of Football Teams & Technical Areas and now it is Football director. It is necessary to translate, not only in Italian but first of all in a practical sense, the meaning of this flood of English words: Cherubini, in short, is no longer just Paratici’s number one collaborator, but takes on a clearer importance, officially recognized. It can be said that his situation within the club has consolidated, to the point that today the Umbrian manager can play his cards to become the boss, sooner or later. To become, sooner or later, what Paratici was for Marotta.
Juventus

Juventus, Agnelli: “Pirlo? The world can’t wait to comment on our defeats”

Agnelli reduced the macro areas in which Juventus had organized from three to two. In fact, he merged the financial and commercial ones, making them converge in the Business Area, under whose command Stefano Bertola was installed, who in July had already ousted Marco Re as chief financial officer and who is now making another step forward, even if further innovations are planned in that sector: “More top managers will arrive, but not in the sports area”, explains Agnelli. The one for the moment will remain as it has just been renovated, but will undergo a thorough service at the end of the season. “I give responsibilities, proxies and objectives. And in the end I judge” says Agnelli, with hasty clarity: the Paratici-Cherubini tandem will be evaluated in a few months, and we must take into account that the contracts of both will expire on 30 June. If the new structure works, it will take care of planning the three-year period 2021-2024 (“But let’s start planning the next cycle with them”), otherwise it will change. But Paratici’s desire to stay will also count: he has been working for Juve for eleven years (only Moggi can boast such a longevity) and sooner or later he will want to change. In the coming months he will also reflect in this sense.

Juventus, the Paratici-Cherubini tandem is born. Agnelli: “Appeal to the Tar for Calciopoli”

But in practice, how does Juve change at the desk? Agnelli explains it this way: “Federico will have the responsibility of all the teams other than the first team and the company management of the sporting part: the training centers, the logistics. Fabio remains responsible for the first team and the sports area”. Having said that Cherubini will in any case have to report to Paratici, who remains his superior, at first sight he will have the functions of a general manager (organization, management, coordination), while Paratici that of a sports director, as the superintendent was once called to the team and takes care of the market. But it cannot be called a diminutio, since the new managing director he has never been too fond of dealing with matters not strictly connected to the coach and the players (that is, matches and negotiations) and certainly he will not mind relieving himself of some more bureaucratic task. The point is: will the two spin in love and in agreement or will they end up competing with each other? Agnelli assures us that “what is beautiful at Juve is that we are the managers first of all to make a team”. And of course it includes Nevded, who continues to hold the rank of vice-president.

Sports judge, Juventus-Napoli 3-0 at the table: and the Azzurri penalized by one point

Agnelli asked the three of them first of all to support Pirlo, “who is paying for the absence of pre-season and experience. So I, Pavel, Fabio and Federico above all have to accompany him on this initial path which will not be without obstacles. “. Pirlo was Agnelli’s choice, he is its main sponsor: “In the meantime, I can say that I have never seen a modern staff like yours. I have the feeling that the whole world can’t wait to judge a couple of defeats. . But we Juventus are used to being surrounded, we are almost fine. “

In the meantime, however, Paratici can free himself from the encirclement of rumors that have surrounded him in recent months, even if perhaps not from the negative opinion that many fans give of him, given that basically two technical projects have ended abruptly under his management ( Allegri and Sarri) very different from each other and very different from the one launched in August (Pirlo), with evident setbacks in European competitiveness and rather evident market difficulties. The Paratici-Agnelli relationship remains in any case very good, even friendly. It does not creak. Could the rise of Cherubini, who is ultimately the real man under scrutiny, crack him? This question can only be answered by time.