It’s worrisome that currently, the MV has reached more than 6 million views and leads the 2 latest trending categories and music on YouTube – Screenshot

As title There’s no one at all (No one), the MV tells the story of a person who lived fully with loneliness, was born abandoned, grew up being rejected and bullied by friends. That guy gradually became callous, indifferent to everything and then just like that, the hurt person always finds a way to hurt others.

MV There’s no one at all has many scenes of miserable characters struggling inside, along with lines of boredom with life. Unable to find an exit on a dark road that runs forever without seeing an end, in the end, death becomes the only option to free a soul that has rotted from the inside.

On social networks, there are many opinions disagreeing with the tragic story above. They think it brings a negative and toxic life message, especially when some unfortunate incidents of teenage suicide have just happened.

Writer Hoang Anh Tu questioned the fact that Son Tung M-TP did not label his negative products: “All is perfect with Tung, MV There’s no one at all immediately to the top 1, hundreds of cheers and congratulations.

But maybe Tung is not a parent yet, Tung doesn’t know that many parents will be startled and scared when their children watch this MV. Especially when the continuous suicides have taken place, making the parents and parents still shocked.

If Tung knew, it would be difficult for children to distinguish between movies and real life. If Tung knew, suicide is very contagious…

Every product that is released to the public must always be labeled with an age limit. I think it’s because Tung forgot or Tung didn’t know. In addition to Tung wanting to innovate himself, want to create his masterpiece or leap, please, be responsible to the fans, the children are only 6-16 years old.”

Cultural and artistic works have a great impact on human perception, and cannot be considered as mere entertainment. A song can be sad, but to help people open up and heal, not to bring things to a dead end. 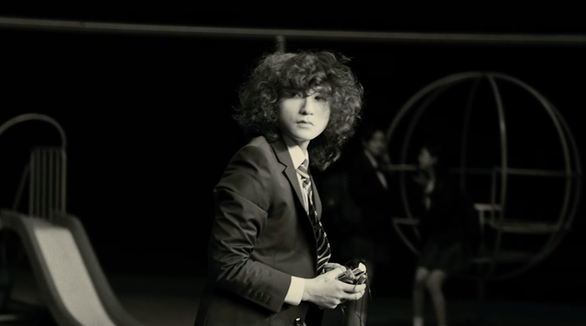 Maybe Son Tung M-TP wants to pay attention to the status of the lonely and miserable people, but does not intentionally promote ways to solve life problems by jumping from the building to commit suicide.

But the danger is that with a fan base mainly students, students – young people who are not mature enough and are facing a lot of pressure and uncertainty – the way to choose suicide to relieve suffering is very easy. influence their thinking.

The fan page of Ba Dong, which is loved by young people, is urgent: “Ignoring all the controversies related to plagiarism, the content of the MV There’s no one at all also unacceptable. In a moment of mental difficulty, the MV provides a terrifying solution for the viewer.

Whether aiming for the international or the universe, the main audience is still the young people of this country, who sometimes appear reluctantly on the news because of their desperate falls. No grudge against Son Tung, but MV There’s no one at all deserves condemnation because it has crossed the red line of artist ethics. Products like that don’t deserve to exist.”

Nguyen Quoc Toan’s account suggested that the MV should be immediately removed from YouTube and asked the production team and the author to publicly apologize:

As for the young people: There will always be with you – There is always someone by your side. Anytime you need, in any painful situation, just raise your hand and someone will stand by you. Life is full of interesting things and very worth living.”

Despite the controversy all day today, the singer still calmly calls on everyone to support his new product on his personal page – Screenshot

In the storm of public anger, there are still a few opinions defending Son Tung M-TP because they think that the MV only talks about the loneliness of people who are abandoned in society, nothing infringes. the law, and on YouTube, there are similar products that spread death.

Audience Tran Minh refuted this view: “In addition to the recent suicides of teenagers, society has just gone through 3 years of COVID-19 with a lot of pain and loss. This is the time when we need it. healing energy, is it necessary to release a negative, deadlocked MV at this time?

If possible, make products so that young people see there the understanding to cling to as a lifeline, not a rock that engulfs them in despair.

Sometimes Son Tung gives the impression that he doesn’t live in the same society as us. Haven’t seen the ambition to conquer the international market yet, but MV There’s no one at all Again, it shows that Son Tung M-TP has both a lack of understanding and a lack of empathy for social issues”.

Outraged at the ending “jumping the floor” in the MV

After Son Tung M-TP released the MV There’s no one at all (roughly translated: “Nobody”), on the morning of April 29, a series of parents with teenage children raised their anger to demand “boycott”.

In the MV, cThe yoke of choosing a negative ending for his character made many people angry. Many parents are concerned that the popularity of Son Tung M-TP and the negative content of the main character in the MV will make young people, especially the students who “haven’t eaten yet, haven’t thought” to be affected when they think about it. life pressures such as being bullied, studying a lot or life being unsatisfactory…

“At this moment, the clip has 5 million views, but the end of the clip is very negative, too haunting about similar things that just happened recently. Son Tung is the idol of many young people. listen to Tung a lot.

Tung’s MVs and actions will greatly affect them. So even a child imitating the end of the clip is too scary,” – Facebooker Tran Thu Ha wrote thoughtfully.

“I watched the MV but it was so haunting, I was afraid that my children might see this MV. Children nowadays just like to act like idols.

The child may think that the idol’s doing this proves that the idol is very “chilled and so forth”. In order to assert themselves, affirm that the ego is not big enough, children who are a little dissatisfied with life can also do the same.

It’s worrying for such a haunting and negative MV. I boycott this MV. I hope the authorities will ask to recall the product” – Ms. Nguyen Thuy Linh, a mother with 2 children in Ho Chi Minh City, angrily criticized.

From the perspective of an educator, Mr. Huynh Thanh Phu, principal of Nguyen Du High School, Ho Chi Minh City, believes that music is a very necessary need for people of all times and ages.

Young singers who sing well have a great influence on social life. Son Tung M-TP is an idol of young people, students, and students. Once they were idols, they imitated Son Tung from hairstyle, makeup, dressing, walking, party… They also bought tickets to support Son Tung. That society does not blame.

“But idols themselves must realize that a product – their MV made to serve the musical life of society cannot contain scenes that are offensive, sensitive, haunting and promote negative thoughts. like the new MV released yesterday 28-4.

From the perspective of an educator, I am very scared, very worried. I am afraid and worried because of the fact that in the world there are many heartbreaking cases that happen when fans learn from the content in MVs, movies or follow the lives of idols.

Moreover, recently, we have witnessed many heartbreaking cases of students where they found a negative ending, leaving their parents sad and miserable. I think such products should not be circulated or have to be adjusted to achieve both aesthetics and full musical perception, but also deserve to be loved by idols.” – Master Phu comment.