The price of pigs has decreased slightly 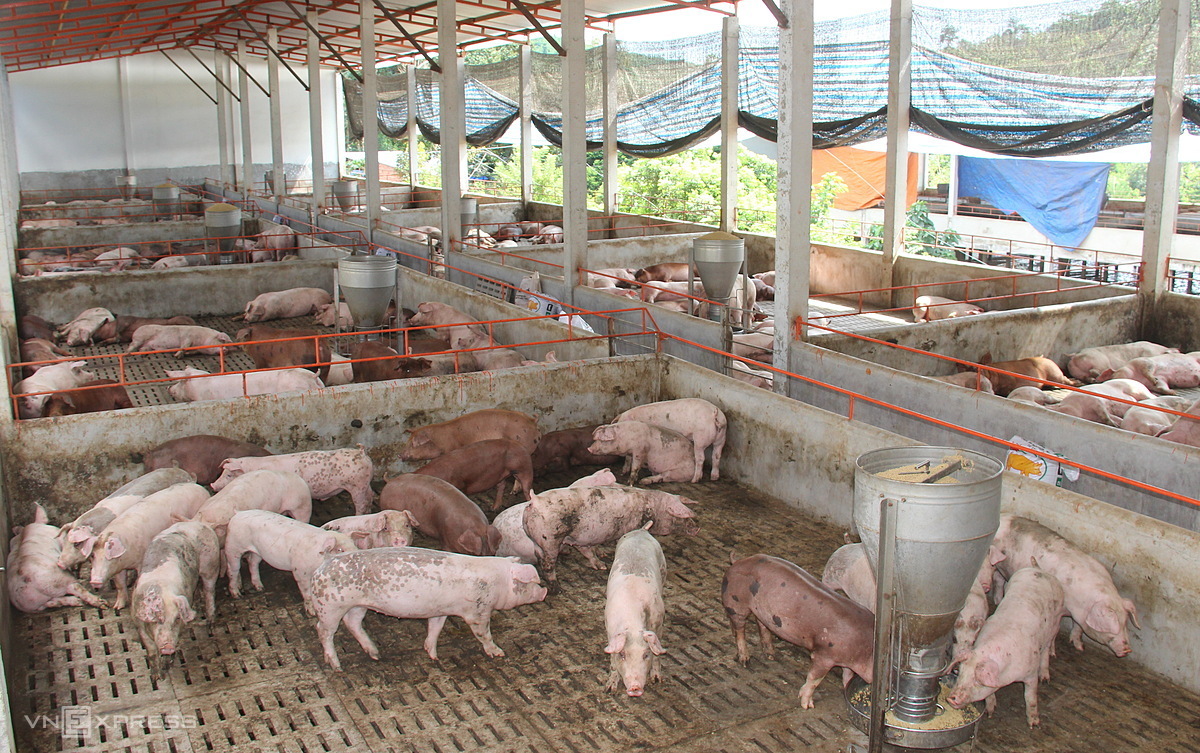 According to Mr. Thanh, a trader specializing in buying pigs in Hanoi, the price of live pigs today is only 66,000 VND / kg. This is also the lowest price for many months and is about 5,000 dong lower than lunar July.

Not only the price of live pigs in small businesses and farmers decreased, but also adjusted to 70,000 VND per kg in big companies.

Share with VnExpressMr. Le Xuan Huy, Deputy General Director of CP Vietnam Joint Stock Company, said that compared to more than a month ago, the pig price of the company has decreased by about 10,000 VND per kg. Accordingly, type 1 (super lean) pigs are being sold for 73,000 VND per kg, while type 2 pigs are 70,000 VND.

Explaining the sharp decline in pig prices, Mr. Huy said that imported frozen pigs and live pigs from Thailand to Vietnam increased sharply. Meanwhile, the purchasing power in the market decreased, the output of slaughter pigs also dropped sharply. At the same time, the easy outbreak of African swine fever made many farms worried, selling earlier than planned.