The power of the technology giants is growing 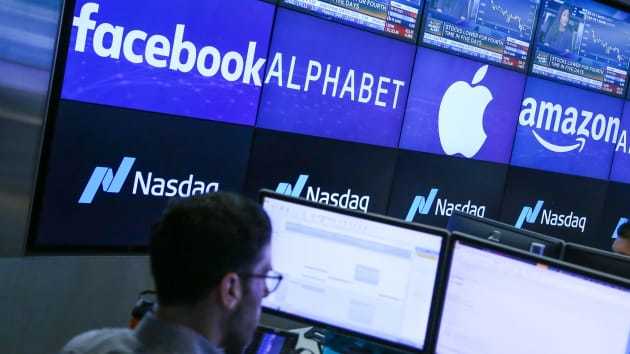 Tech firms, from making phones to running social media, now account for nearly 40% of the US S&P 500 index capitalization.

Analysis of Dow Jones Market Data shows that technology firms are on track to end this year with an unprecedented proportion of the US stock market. Currently, the industry breakeven accounts for 40% of the S&P 500 index, surpassing the old record of 37% in 1999 – the peak of the dotcom bubble. This is the latest testament to the growing influence these companies have on global consumers.

Although many popular technology stocks such as Apple or Netflix have recently been sold, many of the names in this group are still the leading stocks this year, helping the S&P 500 increase by nearly 8% from the beginning of the year and continuously. fluctuated around the peaks despite the economic downturn due to the pandemic. Technology stocks pushed the market up earlier this week, then pulled down again, showing their influence on major stock indices.

Trends such as remote work and cloud computing further motivate these companies, helping them grow despite the struggles of others. Even so, the growth in focus on a small group is worrying many investors. They believe that the stock market is too dependent on this field and only a few stocks plunge and the whole market will be dragged down.

Very few analysts think that technology stocks are overvalued as much as two decades ago. However, many investors are preparing for the possibility that the industry will be more volatile.

“Our lives are going to be digitally mandatory,” said Alison Porter, Portfolio Manager at Janus Henderson Investors. She remains confident in the biggest tech companies, thanks to steady growth and the opportunity when more people stay home during a pandemic.

Investors are waiting for third quarter financial reports of technology firms, as well as weekly unemployment data to assess the health of the economy. Because the US Congress has yet to approve the next stimulus package, many investors are still hesitant to pour money into stocks directly related to economic growth.

Howard Marks, co-founder of investment consulting firm Oaktree Capital Group, thinks that the methods of calculating the cost of technology stocks are related to current returns. Therefore, this metric can underestimate the prospects of companies that have spent a lot to drive growth.

Analysts predict that tech firms’ profits in the S&P 500’s total corporate profits could reach 36% this year, FactSet said. The price-to-return (P / E) ratio of the information technology industry is 28, higher than 24 for the S&P 500. This figure for media services firms is 25. For Apple, Microsoft, Facebook and Alphabet alone. is over 30. Netflix’s P / E is 90 and Amazon is close to 130.

Even so, many investors are still willing to buy shares of expensive Internet firms, which are growing rapidly. “These companies have received momentum over the past 10 years, because the overall economic situation is bleak,” commented David Lebovitz, global market strategist at JP Morgan Asset Management.

The analysis of the technology group’s concentration in the S&P 500 is based on the information technology and communication services firms. Neither of these groups have Amazon, as the e-commerce giant is classified as non-essential consumer goods. So, if you include Amazon – with a capitalization of $ 1,600 billion – in the technology group, the impact on the market will be even greater.

In recent weeks, Amazon and major Internet companies have been increasingly monitored. The US House of Representatives recently announced that Congress should consider forcing tech giants to separate dominant online platforms from other businesses.

Few analysts believe that the biggest technology firms will be split soon. In addition, legal actions are often carried out quite slowly. However, many investors believe that this information can be a new source of instability for the coming weeks.

“The only thing that worries me about the rise of the tech group is the possibility of government intervention,” said Jacob Walthour, CEO of Blueprint Capital Advisors. Even so, he still recommends that customers buy technology stocks, e-commerce and electric vehicles, due to the great growth potential.