The owner of BTS lost 1.5 billion USD in market capitalization when the group stopped working 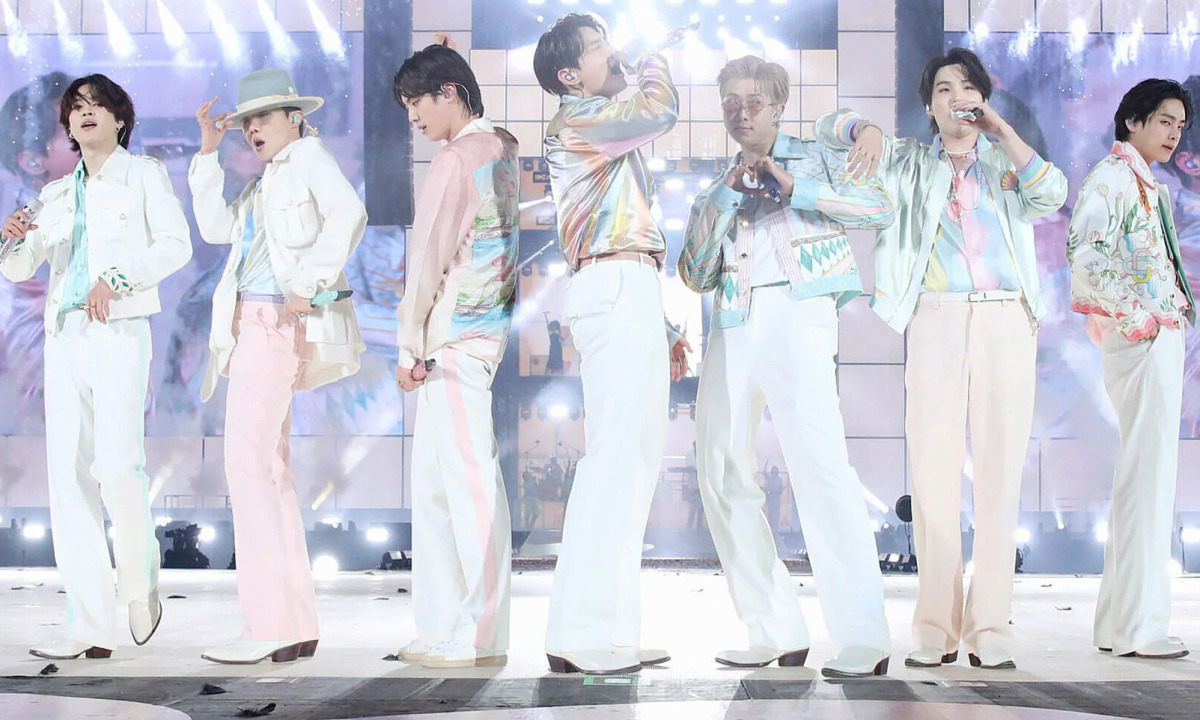 Shares plunged for two days in a row, the capitalization of entertainment company Hybe lost more than 1.5 billion USD when the group BTS announced the cessation of activities.

On June 15, the famous Korean group BTS announced to suspend activities for the members to pursue individual careers. Immediately, the stock price of the management company Hybe dropped vertically from 192,500 won at the close of June 14 to the bottom of 139,000 won, losing nearly 28% of the market price. This is the all-time low for Hybe stock since the entertainment company was listed in October 2020.

In the session of June 16, this stock continued to fall around the 140,000 won mark, then increased slightly but closed at 147,500 won per unit. Accumulating the past two days, Hybe’s market capitalization has been swept away by more than 1.5 billion USD.

The announcement of the shutdown was announced through a video on the official YouTube account of the BTS group. The 7 members and Hybe confirmed that the group will not disband, but only focus on each person’s individual activities.

“This will be a time to develop for each member through different activities, thereby nurturing the group’s long-term vision,” a representative of Hybe said.

Despite the affirmation that BTS is not disbanding, securities companies still lowered the target price of Hybe stock to a significant level. Hana Financial Investment – one of the leading securities companies in Korea, has lowered its target price of this stock by 16%, to only 360,000 won (from 430,000 won). This unit believes that Hybe’s third-quarter earnings decline is inevitable.

Lee Ki Hoon, an analyst at Hana Financial Investment, pointed out, “Members said this is not a disbandment, but investors need to carefully take into account BTS’s gap in Hybe’s profit estimate. in 2023”.

Accordingly, Hybe’s expected revenue and operating profit in 2023, when BTS ceases operations, are estimated at 1,600 billion won and 200 billion won, respectively. This is an increase of nearly 27% and more than 5%, respectively, compared to last year’s actual figures. If the prediction is correct, Hybe will grow much more slowly than in the previous period.

After the success of group BTS, Hybe went from a small company to a large entertainment business in Korea, next to the “Big 3” including SM, YG and JYP. Idols from the 4 entertainment companies mentioned above account for more than 60% of total revenue in 2021.

As Hybe’s flagship group, BTS is the company’s main revenue driver, although the group’s share of sales has steadily declined in recent years. In the nine years since their debut, the boy band has accounted for 27% of Hybe’s album and stream sales in the US, and nearly all of the company’s touring earnings.

Almost 90% of Hybe’s sales in the first half of 2020 are related to BTS. In terms of concert sales, the 7-member group brought in $147 million in 2019. Last year, BTS was responsible for nearly a third of the company’s album sales in the US and 50% in Japan. In the last quarter of 2021 alone, BTS boosted concert ticket sales by 980.5% over the same period, bringing Hybe about $42 million. The majority came from the “Permission to Dance” concerts in Los Angeles (USA).

Not only recently, the “post-BTS” pressure has weighed on Hybe many years ago. Idols who debuted later have not been as successful as their seniors have done, while competitors such as SM, YG, JYP… have continuously launched many groups with good achievements. The “post-BTS” pressure is believed by many units to make it difficult for Hybe to develop sustainably. During the annual meeting earlier this year, the company’s management said it would diversify its revenue structure into new business areas such as games, NFT and interactive applications between idols and fans.

Over the years, Korean music (K-pop) along with the wave of kimchi culture has become an attractive export product of this country. According to the Gaon Chart of the Korea Music Content Association, sales of the 400 most popular K-pop albums worldwide have recorded a huge jump in just a short time. In 2015, about 8.4 million K-pop albums were sold. By 2019, the above figure nearly tripled, to 24.6 million copies. As of November last year, more than 54.6 million music discs have been sold, an increase of nearly twice compared to 2019. Of which, 60% of disc sales are from overseas markets.