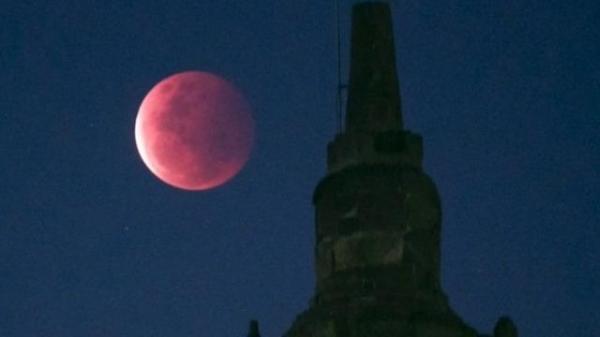 The year 2021 is a year for astronomy lovers to have the opportunity to admire many amazing natural phenomena, partial lunar eclipse, solar eclipse, super moon, meteor shower.

But this June marks the last supermoon of the year, and Native Americans call it the ‘Strawberry Moon’.

A supermoon occurs when the Moon is at its closest point to Earth in its orbit, cyclically. At this point, the Moon looks slightly larger and brighter than a typical full moon.

However, scientists still don’t fully agree on the official classification for this phenomenon, so there is some disagreement as to whether the June moon should be counted as a supermoon.

“In 2021, some publications say there will be four supermoons from March to June, but others say only three supermoons,” said Gordon Johnston, a NASA scientist. between April and June. Meanwhile, some experts only recognize 2 full moons in April and May as super moons.”

According to the American book Farmer’s Almanac, the full moon of June is often called the strawberry moon because it coincides with the time when Native Americans harvested strawberries. But the Moon’s color doesn’t match its name.

The strawberry moon marks the last full moon of spring, or the first of summer. In addition, it has a number of other names such as blooming moon, blue corn moon, honey moon and meadow moon.

The phrase ‘honeymoon’ often used in weddings is also associated with this full moon. It is known that the wedding tradition usually occurs in June, the honeymoon is the sweetest moon of the year.

If you miss the opportunity to admire the super moon this time, you will have to wait until next year 2022 to see the ‘giant full moon’ with your own eyes.

To monitor and have the best photos of the most complete supermoon phenomenon, you need to choose a spacious area, where the observation needs to be open, the sky is not cloudy, not raining, not obstructed by tall buildings.