The ground on golden land continues to be sluggish 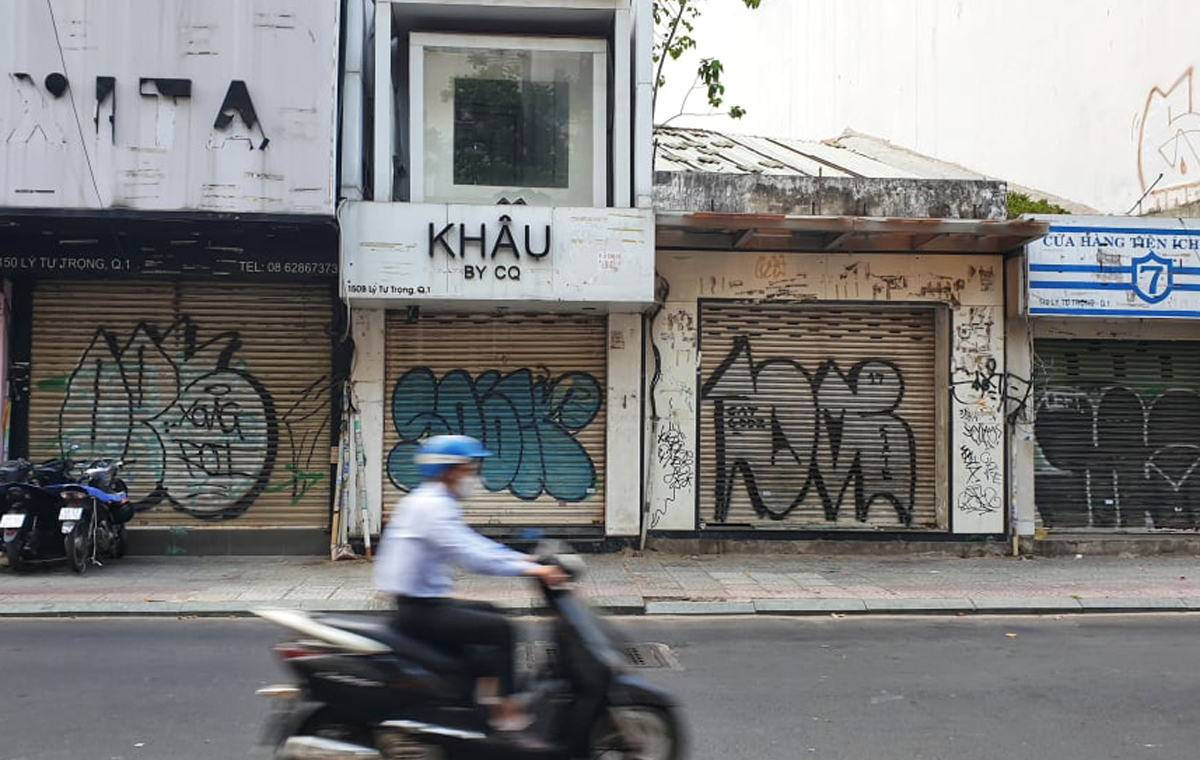 In mid-March, the survey of VnExpress It shows that on the famous road, which is known as the golden land of Nguyen Hue pedestrian street, district 1, there are quite a lot of vacant premises, but the owners of these facades have no longer reduced rents like during the peak of the pandemic outbreak in 2016. 2021. Many vacant spaces on this street are asking for rent at 14,000-15,000 USD a month while at the end of last year the broker said that they can negotiate about 11,000-12,000 USD a month.

The rental price of business premises on this street is currently offered from 6,000-7,000 USD a month, increasing again compared to the third quarter of 2021. In the middle of last year, when Ho Chi Minh City was still in the epidemic center, many premises recorded a rent reduction of 40-50%, and now the rent reduction only fluctuates within the threshold of about 15%. The rental reduction period is only for the first 2-3 months, not for the whole year or for the entire rental period.

Meanwhile, Le Thanh Ton street, the section near Ben Thanh market and the intersection with Thai Van Lung street, district 1, also recorded many vacant business premises, asking rents have increased since Tet. Currently, frontage houses have a width of 4m, a depth of 17-20m, a ground floor and two floors, the asking price is $8,000-9,000 a month, an increase of a few thousand dollars a month compared to the end of last year.

Brokers specializing in townhouses around Ben Thanh market said that, in the heyday of 2019 and earlier, tenants had to pay a high price of 11,000-12,000 USD a month to compete for space, but in the current situation, many front houses have Cheaper rent is still waiting for customers.

Near West Bui Vien street, on Nguyen Thai Hoc and Pham Ngu Lao streets, many double premises (two apartments combined) or corner apartments with rental price of 12,000-15,000 USD a month have remained idle for the past year. However, landlords no longer apply the first year discount or 6-month rental discount like mid-2021.

According to the share of townhouses on Mac Thi Buoi and Dong Khoi streets, District 1, they believe in the recovery opportunity of the international retail and tourism market, so they do not reduce rents by 50-60% anymore. . The biggest rent reduction was recorded until March, only about 15-20% for the first months of rent, then the rent will increase again during the contract term.

Mr. Vo Hoang Quan has nearly half a decade of brokerage space for rent in District 1, Ho Chi Minh City, said that the market of townhouses for rent in the central core area is still prolonging the sluggish cycle. Although there is still a lot of vacant space, landlords are asking rent prices to increase again compared to the mid-2021 epidemic.

If at the end of last year, many homeowners were still willing to accept offers to subsidize and lower prices during the epidemic season, now only about 15% of homeowners accept short-term discounts for a couple of months. The market does not have the same 6-12 month rental reductions as last year. Meanwhile, up to 85% of land owners in District 1 are currently not willing to negotiate to reduce the rent, even the apartments being negotiated also show a fierce tendency to struggle to keep prices.

Currently, there are two opposing sentiments in the market between landlords and tenants. The owner is confident that in 2022, Ho Chi Minh City’s consumer purchasing power will recover and international visitors will return, so they boldly increase the asking price compared to 2021. On the other hand, the owner of the facade in the central core area of ​​District 1 belongs to District 1. group with strong finance, do not mind leaving the premises empty for a while longer as long as the rental price is affordable. Meanwhile, the psychology of the lessee thinks that, if the economy promises to prosper, international guests will come to Ho Chi Minh City, try to wait until the momentum recovers strongly before renting.

This tension caused the rental space in the center of Saigon to remain sluggish until mid-March, although life in the city has established a new normal for 6 months now. The business premises market in early 2022 recorded many units choosing the solution of moving to the central fringe district or going into alleys near the center to cut down on space rental costs.

Previously, although the premises in District 1 were in business at a loss, the lessee accepted it for the purpose of branding other premises. And now, the pandemic has changed the mindset of tenants significantly, they are more cautious and cut costs more. “At this time, when renting a business space like a lottery, success or failure depends on luck. So tenants accept a little delay in exchange for more safety,” explained Mr. Quan.

Answer VnExpressNguyen Hong Hai, Chairman of VNO Group, said that by mid-March, the rental space in District 1 was still vacant and there were many reasons for this situation. Firstly, townhouses in District 1 are sluggish because rents have shown signs of increasing again while the recovery of purchasing power is not clear yet, and prices have escalated. The price increase has encountered resistance, causing tenants to consider and hesitate for a long time before making a decision to rent. “This is also a hidden bargain between the landlord and the lessee,” said Mr. Hai.

Second, due to the impact of the Covid-19 pandemic, many individuals and wholesalers are gradually getting used to doing business online, no longer having a reckless strategy of prioritizing getting a beautiful premises at all costs. Therefore, the potential rental needs of the central area have not yet returned to traditional space rental.

Third, the cost of renting the core space of the center of District 1 is often very large. With the premises on golden land in District 1, the average investment cost to complete is about 4 million VND per square meter, if the site is 100m2, it costs an average of 400 million VND to complete, amortization 2-3 years to pay back. . That is not including the monthly rental cost of two or three hundred million dong, a deposit of 1-3 months. The total initial investment cost for a VIP premises in District 1 can be calculated in billions of dollars.

Fourth, potential tenants of the central area of ​​​​District 1 are planning to move to a district outside the center to avoid the scenario where the cost of premises erodes revenue and profit. This leads to the market of low-cost rental business premises showing signs of recovery faster than VIP premises. Businessmen are tending to reduce cash flow to the premises to lower the investment rate, in order to lower the investment rate. risk reduction.

According to Mr. Hai, currently, business premises on the edge of the center of Ho Chi Minh City (outside of Districts 1 and 3) such as along Cong Hoa, Truong Chinh, Tan Binh or Tan Phu districts, the rate of hanging signs needs to be leased. Previously 40% of the whole area, now the board has been removed by nearly 25%, which means only about 15% of the space is vacant for rent. This is a group of business premises with affordable rents and low costs, so it is easier to find tenants than premises in District 1.

Chairman of VNO forecast that from now until the end of 2022, if the momentum of recovery in purchasing power and consumption and tourism increases sharply, the negotiations on premises will no longer be easy to bargain because landlords in the central area of ​​District 1 will continue. psychology of price keeping and raising prices. Business premises in the low-end segment (cheap price) will recover first. After the popular premises are filled, it is a guarantee for the breakthrough of the retail and tourism markets, the accompanying services, the high-class premises, specializing in luxury goods in the central area can be disbanded. winter, escape the cycle of stagnation.