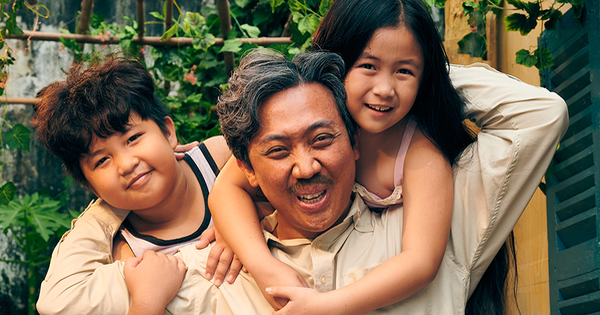 The Godfather is the latest Vietnamese commercial film to be shown in the US – Photo: DPC

The newspaper reported that the film’s domestic box office revenue was 17 million USD (ie 390 billion VND, while the revenue Godfather announced to the Vietnamese press is 420 billion dong).

“How many Vietnamese movies have you seen? Or even just heard of? With a densely populated country, which was colonized in the first half of the 20th century by France – one of the countries with the most advanced cinema. – it’s surprising that Vietnam has such a fragile film history,” wrote critic Todd McCarthy on June 8.

Trailer for The Godfather (Dad, I’m Sorry) in the US, the film is released by 3388cine

McCarthy believes that the only Vietnamese director who has ever made a big mark on the international scene is Tran Anh Hung, who made a name for himself in the 1990s with films like The smell of green papaya and Cyclo.

With that in mind, it can be said that this veteran critic’s access to Vietnamese commercial cinema – not art-house films entering the festival – was almost zero, until before Godfather In theaters in the US, May 28, 2021.

Before Godfather, another Vietnamese movie is Hai Phuong (Furie) commercially released in the US in 2019 and has reviews on equally popular movie sites like Hollywood Reporter, Variety.

Anyway, it is very difficult for a cinema with only a few international films scattered over a few years to leave a deep impression on the international critics’ memory. 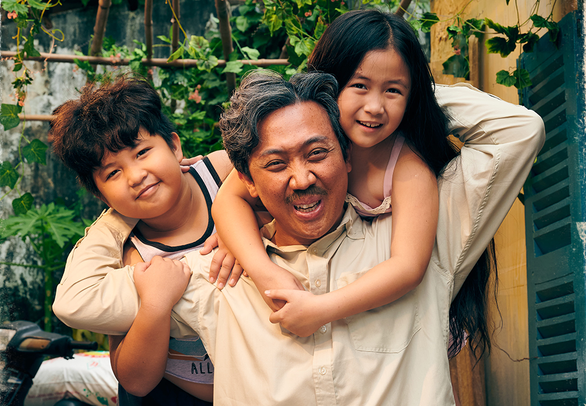 According to the publisher Galaxy in Vietnam, the revenue from the international screening of The Godfather is not too large. The biggest gain is the echo and encouragement for Vietnamese commercial cinema – Photo: DPC

Therefore, the flow of information is quite thick about Godfather for 2 weeks now is encouraging. Those are the reviews on Deadline, Film Threat, the referral line on Fandango, a score of 7.3 on IMDb (rated by 264 users, although some user reviews are quite negative).

During the weekend from May 28 to 30, sales Godfather into the top 10 in North America, earning $350,000 according to Box Office Mojo.

Praise, criticism and words of encouragement

“If Tran Thanh could be compared to an American comedian, it would be Rodney Dangerfield, but not because of his physique or style but because of the fact that his character Ba Sang is always looked down on and surrounded by complaints.” Todd McCarthy writes.

This can be considered a compliment, even if it is not about acting.

McCarthy sees similarities between Ba Sang’s character and the general spirit of Dangerfield’s career, reflected in the stand-up comedy No Respect, which won the 1981 Grammy Award.

Dangerfield’s famous line is “I am not respected by anyone”, inspired by his childhood and life of contempt.

Whether the Godfather is praised or criticized, Tran Thanh is still considered the star of the movie – Photo: DPC

Comedy and music of Godfather underestimated by McCarthy. He thinks that the comedy of the film is just a series of sitcoms or silly jokes.

Actions are fast-forwarded or slow-motion to capture the character in the most awkward or crude moments. The scenes of quarrels, fights, and curses in the alley are accompanied by funny background music but in a way that manipulates emotions in a pathetic way.

About the reason for the success of Godfather In Vietnam, McCarthy gave a rather odd explanation: “No matter what problem you’re having, someone’s going to have a much worse problem than you.”

Overall, Deadline’s review with Godfather Not positive but not too surprising because right in Vietnam, there were reviews of the film only in the mid-range. ‘s strongest point Godfather Tran Thanh is producer, director and actor, who understands the audience too well.

In the above review Film Threat On June 2, author Alan Ng said Godfather reminiscent of “if director Guy Ritchie made a family comedy”.

The author commends the film for its colorful images, fast speed, shots through Vietnamese alleys, use of slow motion effects, very interesting and re-enacts the shooting style common in many action movies. motion today. 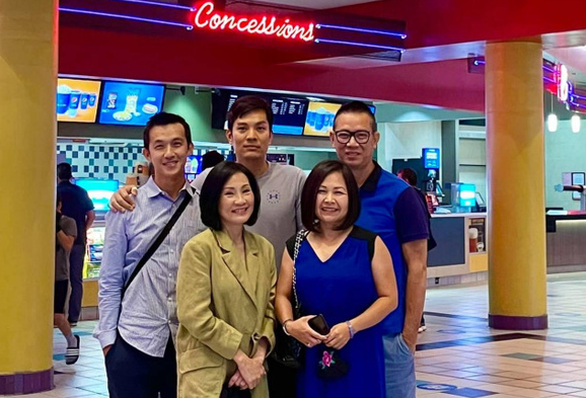 Actor Hong Dao and his family went to see The Godfather in the US – Photo: NVCC

Alan Ng has more emotions than Todd McCarthy when watching Godfather, appreciated the image of Saigon in the film when it was both familiar and new.

It was high tide, the floors were flooded but the owners didn’t care because that was their daily life. The author also thinks that the character’s personality is extreme but the emotions are real, and “Tran Thanh is the star of the movie”.

Meanwhile, with the target audience being the Vietnamese community in the US, Godfather touching and reminiscent of family and homeland of Vietnam.

Actor Hong Dao and his relatives went to the cinema on June 2. She wrote on her personal page, when the theater lights came back on, she looked at her grown-up brothers and everyone’s eyes were red.