The dog in the gas explosion: did not leave the ruined house waiting for the owner to return 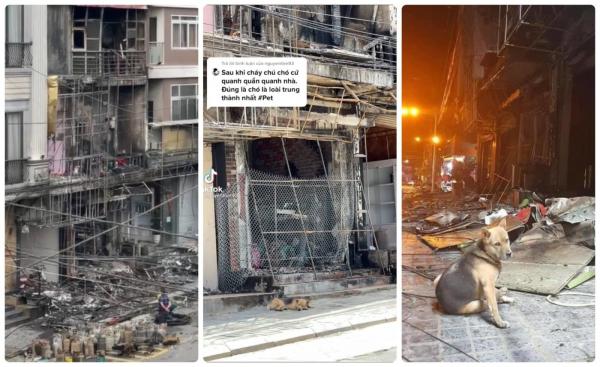 After the fire and explosion of the gas cylinder house in Sapa, what people can see is the desolated scene with nothing left. But there is still a certain dog that refuses to leave his house, touching many people.

When we raise an animal, we know that they also have emotions and feelings like humans. Especially when they are close and like a family member, it is easier for us to feel that.

Like the house dog that caught fire in Sapa a few days ago. Many people nearby took emotional photos of the dog, sitting sad in a corner in front of the ruined house, whoever called it was determined not to leave.

Loyal dog touched many people after the fire in Sapa. Photo: Screenshot of tiktok @nguyentien

A few days ago, everyone was shocked to see a clip recording the scene of a house specializing in selling gas cylinders being blown up. The fire happened at about 10:20 a.m. on August 11, Thach Son Street, Group 2, Sa Pa Ward. Because of the large fire with many gas cylinders in the house, it spread to two neighboring houses. When witnessing the scene of the fire burning with explosions like the sound of bombs, everyone was extremely scared. Soon, the fire brigade arrived and extinguished the fire. 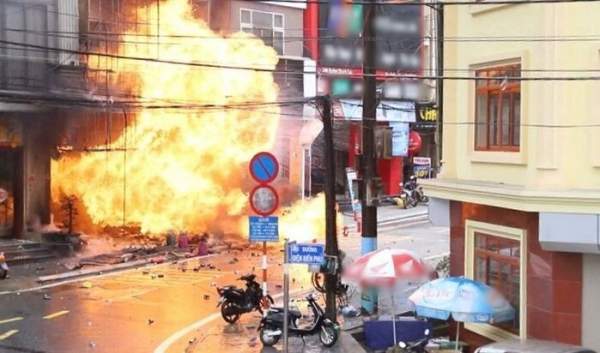 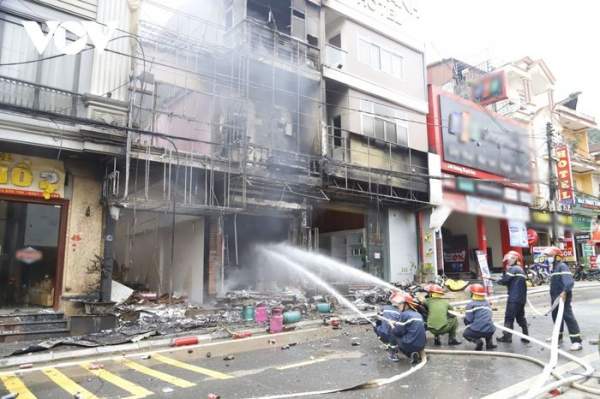 The fire brigade arrived in time to put out the fire. Photo: VOV
Fortunately, there were no casualties, but all material and property were burned. The two houses next door also suffered damage on the first and second floors. After the fire, all that remained was ashes, so much sweat and effort to build the property, there was nothing left. 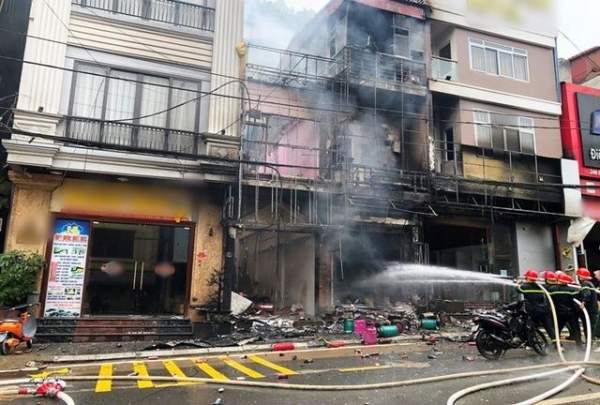 Fortunately, there was no loss of life, but there was nothing left of property. Photo: People’s Newspaper 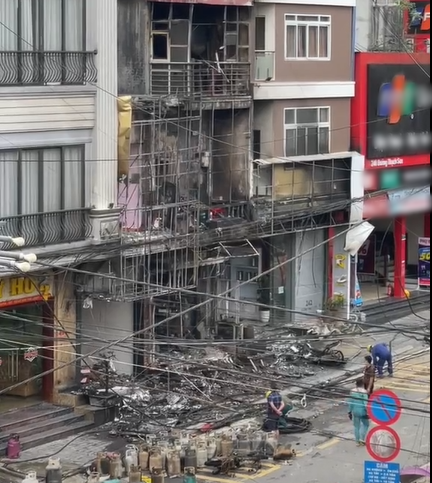 After the fire, only ashes remained. Photo: Screenshot of tiktok @nguyentien

The special thing that many witnesses were extremely moved is that in front of that destroyed house, the family’s dog was still sitting sad in a corner. People around there said that on the evening of the fire, people came to take the dog to another place, but the dog refused to go anywhere but just lay there waiting for the owner to return. He also seemed to understand what was going on with his family. So his eyes were sad and still like he was about to cry. The dog touched many people when he refused to leave the ruined house like that. Photo: DKh The dog just lay so sad waiting for the owner to come back. Photo: Screenshot of tiktok @nguyentien

After a photo of this dog was shared on social media, many people expressed sympathy for the dog and its owner.


– If there is anyone who loves him, let him eat with him, love him so much.
– It’s so pitiful it knows the owner of the house is on fire, so its face is sad, it’s an animal with feelings like a human.
– Injured too. The family also has cats and dogs, so they also feel guilty. Burned down but still there guarding the house.
– a dog may destroy your shoes, but will never break your heart.
– such a smart dog is really precious, which family is very lucky to have such a dog. Many comments expressed love for the dog. Screenshots

Then we can see the special affection that animals have for people, they will not leave us no matter what happens. Just give them love, they will give us back more love. The family’s small dog that was burned in Sapa really touched many people and realized the lesson to be kind to animals.

The dog in the gas explosion: did not leave the ruined house waiting for the owner to return