The CPU is made of sand, and this is how Intel created the brain for the PC In the past, Intel has announced a “press kit” to help readers easily visualize the CPU manufacturing process, and at the same time know what each step is doing. Please refer.

CPU is made of sand

Sand is composed of 25% silicon. Besides oxygen, this is the second most abundant chemical element on the surface of the Earth. Sand, especially quartz, has a high content of silicon and is in the form of SiO2. This is also the base material for the manufacture of transistors.

After finishing refining, it is at the melting stage. In the picture above you can see how a large crystal is formed from a stream of molten silicon. The finished product of this process is called “ingot”. 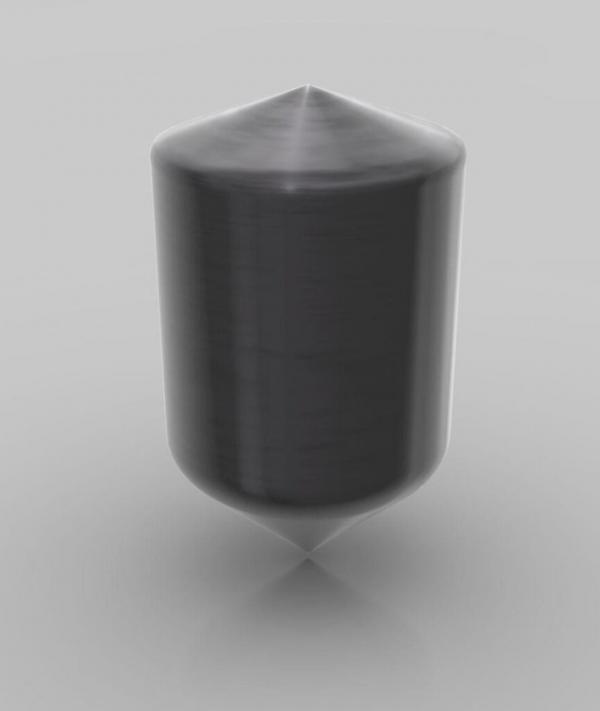 A mono-crystal ingot will be manufactured from electronic grade silicon. An ingot weighs around 100kg and has a silicon purity of 99.9999%. 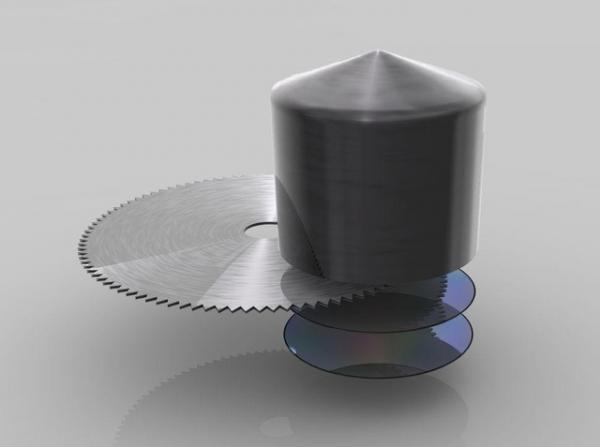 This ingot continues to be transferred to the slicing stage. There will be a cutting edge that divides the ingot into thin sheets of silicon, called a wafer. Some ingots can be taller than 1.5m, and depending on the intended use the wafers will have different diameters. At the time of 2009 the CPU was usually made from a 300mm wafers. 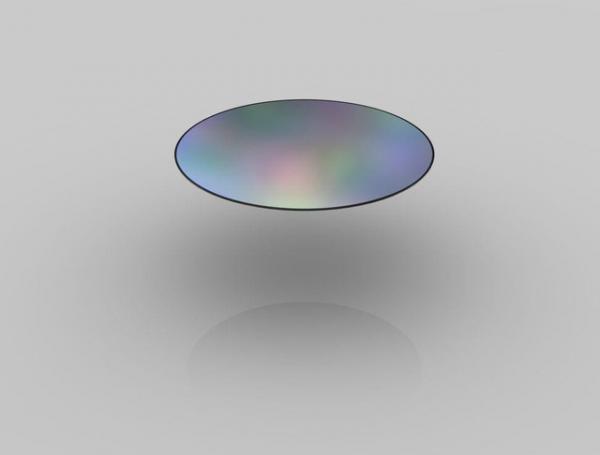 Once cut, the wafers are polished until the surface is smooth. Intel doesn’t make ingots and wafers on its own, instead it will buy pre-made third-party wafers. When Intel first started making chips, they printed circuits on 50mm wafers. In 2009, Intel used a 300mm wafer, helping to lower the cost of each chip. 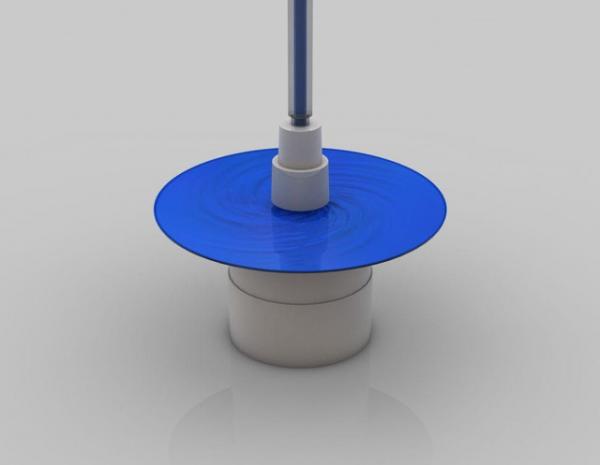 The blue solution in the image above is a contrast coating similar to that found in camera film rolls. The wafers rotate to make the coating even, thin, and smooth. 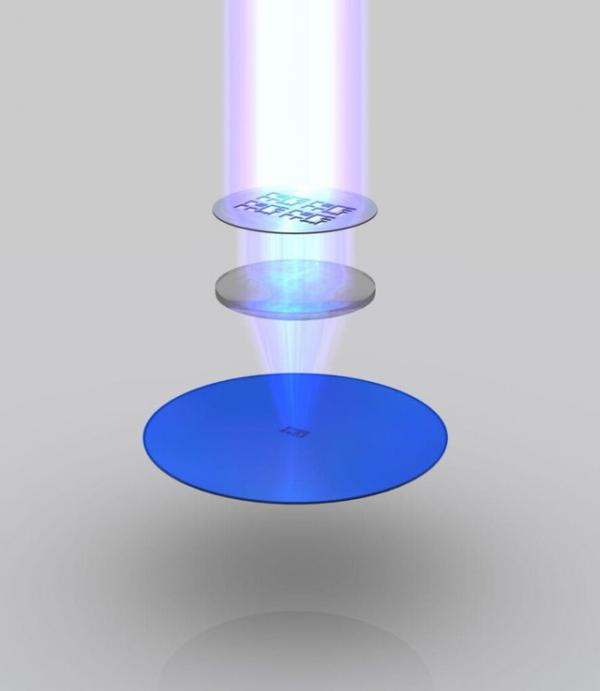 During this stage, the other coating is exposed to ultraviolet (UV) light, creating a chemical reaction similar to when you press the shutter button on a film camera.

The exposed portion becomes soluble. The exposure will take place with the use of “masks” that function as stencils. When used in conjunction with UV rays, these masks produce multiple circuit patterns. This process will be repeated until many layers are stacked on top of each other.

A lens (the middle part of the image) will shrink the mask image, and usually the “image” printed on the wafers will be four times smaller than the size of the “pattern” part of the mask. 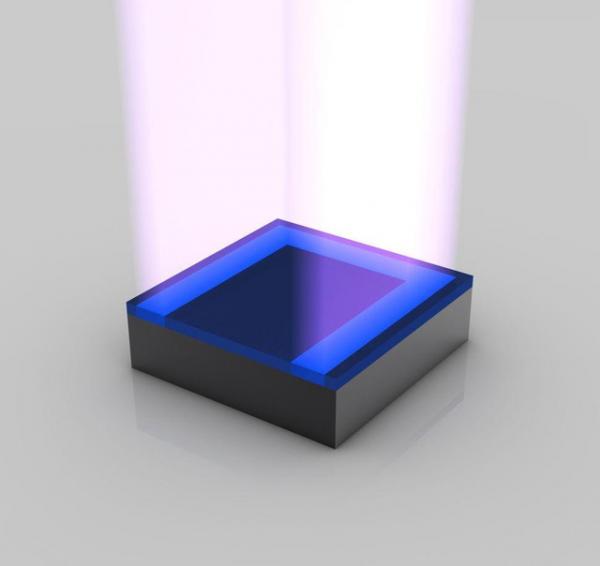 In the picture above is an image of a conductive transistor (if seen with the naked eye). It functions as a switch, controlling the current in the computer chip. Researchers at Intel have developed transistors so small that a single needle can hold 30 million transistors.

After being exposed to UV light, the exposed coating is dissolved in a solution. The result is a pattern that will appear, and this will be the starting point for the transistors, bonding, and some other contact.

The contrast layer will protect the wafer below, preventing it from being etched. The rest will be engraved with sand. 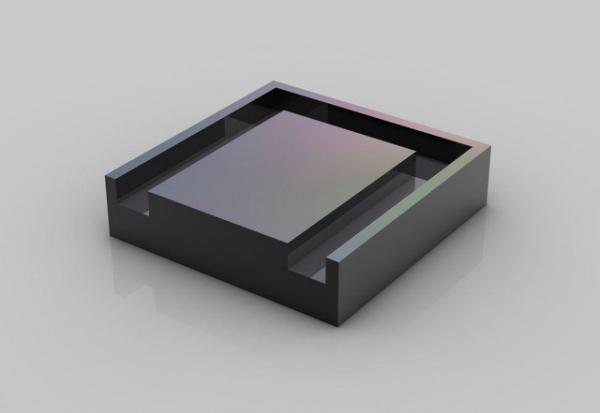 After the engraving is finished, the contrast layer will also be removed, leaving the desired shape.

Add a layer of contrast 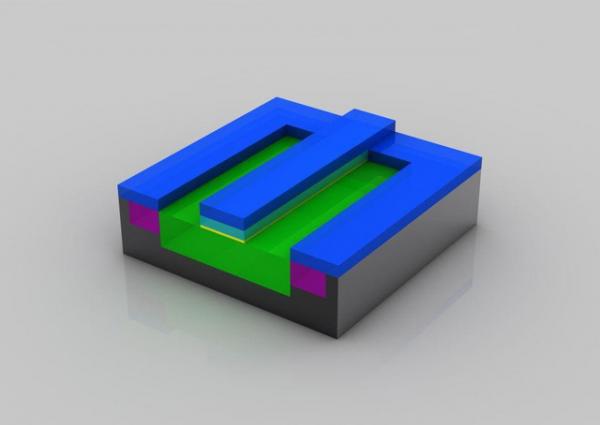 The next stage will add a contrast layer (blue) and continue to be exposed to UV rays. Then the exposed contrast will be washed away, going to the “ion doping” step (roughly translated: doping ion). This is the step where the ions will “meet” the wafer, allowing the silicon to change its chemical properties, helping the CPU to regulate the current.

Through the “ion implantation” stage (roughly translated: ion implantation), the exposed part of the silicon wafer will be “bombed” with ionic particles. The ion will be implanted into the wafer to change the properties of the silicon region, allowing it to conduct electricity. These ions fly at a speed of more than 300,000 km / h and hit the surface of the wafer. 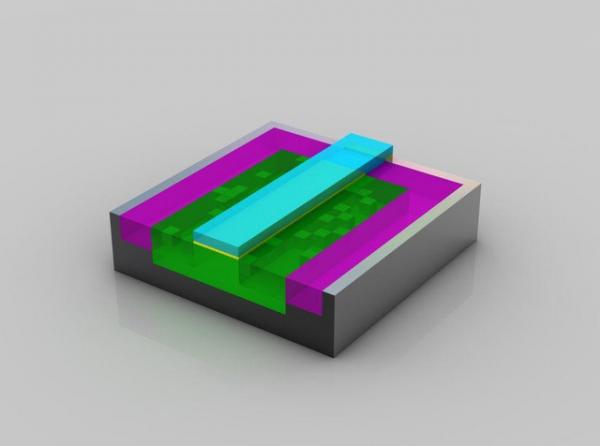 After the ion implantation, the contrast layer will be removed and the green part will contain ionic particles.

The transistor is about to be completed. There will be 3 holes engraved on the insulating layer (magenta red) located above the transistor. All three holes will be filled with copper, used to connect with other transistors.

Electroplating for the wafer

The wafers are immersed in copper sulfate solution (CuSO4). Copper ions will be plated on the transistor. They will run from the anode (anode) to the cathode (cathode) – the wafer.

Copper ions will settle, forming a thin layer on the surface of the wafer.

Metal layers are made to connect (like wires) transistors together. How these layers make the connection will depend on the architecture and the design team that develops the respective CPU. Although computer chips look very flat, they can have more than 20 layers stacked on top of each other, forming a complex electrical circuit. If you zoom in on the chip, you’ll see an extremely jagged grid of power lines and transistors.

The wafer then goes through the first test. The test patterns will be passed to each chip, and the responses from these chips will be tracked and matched with the correct results.

If the wafer passes the test, it is cut into small pieces, called a die.

The ones that return the correct results in the test will go to the “next round” (encapsulation). The rest will be removed. Years ago, Intel used these damaged devices as keychains.

This is a separate die, cut from the previous wafer. The picture above is the die of the Intel Core i7 processor.

The substrate, die, and heatspreader are joined together to form a complete CPU. The blue substrate creates electrical and mechanical connections so the processor can interact with the rest of the PC. The silver heatsink part will be covered with a layer of heat sink, helping the CPU to run cooler.

The microprocessor is the most complex thing ever produced on Earth. It turns out that it takes hundreds of stages, only the really important ones are illustrated in this article.

In the final test, the CPU will be tested for key functions such as power loss and maximum clock speed.

Based on the test results, the CPUs with the same results are put together on a tray. This process is called binning. Binning determines the maximum clock speed of a processor, and the shipments will be split and sold according to different parameters.

Shipping to the store

The microprocessors that are produced and tested are then sold as tray to OEMs, or packaged and sold to the consumer.