The case of the patient leading the drug line: Mr. Vuong Van Tinh returned to operate the hospital 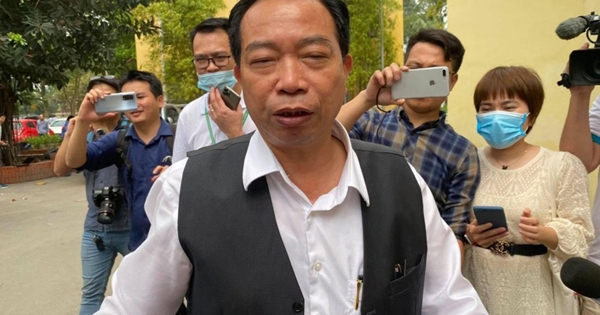 On the afternoon of May 5, the Disciplinary Council of the Ministry of Health, chaired by Deputy Minister Tran Van Thuan, Chairman of the Council, had a meeting to consider his responsibilities and disciplinary measures. Vuong Van Tinh, Director of Central Psychiatric Hospital I after the patient with a history of mental illness “fluttering”, leading the drug line right in this hospital.

Mr. Tinh was suspended from 1-4 to review his violation and cooperate with authorities to investigate the case. On April 16, the Ministry’s Disciplinary Council had a meeting to review the responsibility of the leadership of Central Mental Hospital I and listened to the 1st review of Mr. Tinh.

Mr. Vuong Van Tinh in the siege of the reporter on April 1 – Photo: Tien Phong

On the afternoon of May 5, at the meeting to review the responsibility of the leaders of Central Mental Hospital I, Mr. Tinh continued to accept the form of discipline of reprimand. The Disciplinary Council has not yet approved and asked Mr. Tinh to clarify the issues related to the patient’s illegal trafficking in drugs, repairing the disease prevention into a “flying” place, bringing lights, speakers, safes. Decorate ivory in the hospital room …

However, a major Ministry of Health said that due to the Law on Public Employees, the maximum period of temporary suspension from office is 30 days, but after 30 days, the violation has not been clarified, the Ministry of Health has issued a document to hand him over. Vuong Van Tinh returned to operate Central Psychiatric Hospital I. 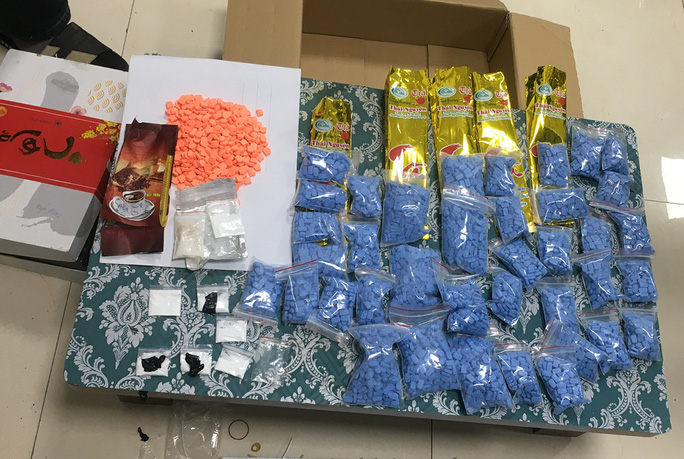 Exhibits are drugs that the police seized in the case – Photo: Police provided

Talking to previous reporters, Mr. Nguyen Huy Quang, Director of the Legal Department, Ministry of Health, said that the case of a patient with a history of mental illness led the drug line right in Central Psychiatric Hospital I. is a “unique” case in Vietnam.

Mr. Quang commented that there are 10 main issues that Central Psychiatric Hospital I needs to continue explaining, related to the patient’s disease prevention transformation into a “swinging movement” of illegal use, possession and trafficking of substances. drug…

The Director of the Legal Department emphasized that these issues show that the nature of the matter is extremely serious, fragile and defiance of the law. The point of view of the Ministry of Health is to strictly handle, not cover and have no restricted areas. The Ministry of Health has asked the hospital to cooperate in providing evidence to the investigating agency.

On March 20, 2021, the Hanoi City Police Investigation Police Office urgently searched the treatment room of patient Nguyen Xuan Quy at the Central Psychiatric Hospital I. Results of seizure on the ceiling of the treatment room quarter of nearly 2.8 kg of new generation drug MDMA; more than 1.6 kg of Ketamin; 569 gr Methamphetamin. In addition, the authorities also confiscated in the room 3 glass jars with straws, 2 heat-sealing machines used to seal the nylon bag, 100 plastic bags of coffee and tea brands …

After the patient Quy was arrested, the leader of the Central Psychiatric Hospital 1 said he could not understand the case of the patient setting up “shaking” in the treatment room.