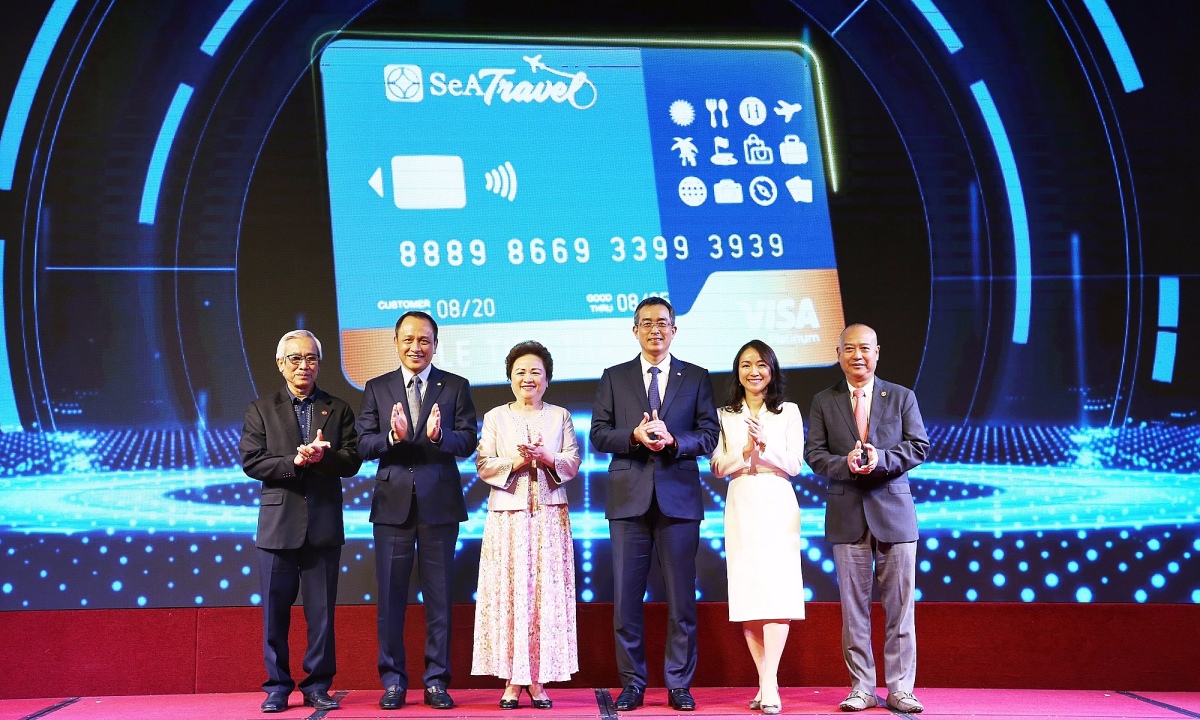 SeABank, BRG Group and Vietnam Airlines jointly launched the SeATravel co-branded card with many incentives for airlines, resorts, golfing and shopping, on June 24.

Accordingly, customers who successfully issue a SeATravel card will receive 3,000 Lotusmiles bonus miles, which can be used to redeem airline tickets, upgrade services, etc., along with the privilege of discounting airfares when purchased on Vietnam’s website. Airlines, including: 40% discount for economy class and 20% for business class (applicable for flights from now until the end of 2022 according to the regulations from time to time).

For customers spending via SeATravel card, in the first month of card activation, if spending one million dong or more in the first month of card activation, at least two payment transactions via POS or online will be given one of three special offers: rights: one round of 18-hole golf at four BRG Group golf courses on weekdays and weekends (excluding New Year holidays); one night stay at international standard hotels such as: InterContinental Hanoi Westlake, Hilton Hanoi Opera, Sheraton Grand Danang, Sheraton Nha Trang; two nights stay at Century Riverside Hue hotel and tickets to visit Hue citadel for two people. After each quarter, customers who spend VND 250 million or more will also receive one of the three privileges mentioned above. Besides, for every VND 30,000 spent domestically or every VND 15,000 spent abroad with a SeATravel card, customers will also receive an extra Golden Lotus mile.

Cardholders also enjoy many premium care services including: global consulting support, 0% installment plan, global insurance with a value of up to VND 10 billion, discounts up to 50% at more than 450 SeABank partners nationwide (BRG, Shopee, Mytour…).

The brand representative said that the SeATravel credit card is deployed to provide all-inclusive experiences including aviation, resort, golf, and shopping, thereby optimizing customer benefits. “This is a product that SeABank, BRG Group and Vietnam Airlines offer to customers in the context of the economy recovering strongly after Covid-19 and the demand for tourism and resort is increasing,” this person said. confirm.