The best way to watch the phone, TV before going to sleep is not harmful to health 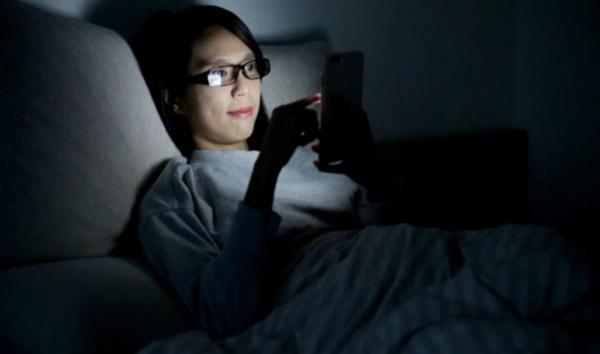 A new study published in the Journal of Sleep Research suggests that watching TV and cell phones before bed does not affect sleep.

The blue light emitted by electronic screens will interfere with the secretion of melatonin, affecting sleep quality. Therefore, most sleep experts recommend that you should not watch cell phones or TV before going to bed.

But a new study published in the Journal of Sleep Research suggests that watching TV and cell phones before bed does not affect sleep, and even helps to sleep well.

A research team at the University of Delaware recruited 55 subjects between the ages of 19 and 66 and asked them to record information such as: time spent on media, video genres, their content, bedtime behavior (such as content viewed as educational or entertaining; watching movies, watching YouTube videos, listening to music, or simply going online); viewing places; When you see if you can do other things at the same time,…

This study excluded social behaviors such as social media surfing. In addition, subjects were also fitted with a probe to the scalp to remotely detect brain activity during sleep, such as when they fell asleep, sleep quality, and total hours of sleep.

The results show that watching relaxing and entertaining videos or websites 1 hour before bedtime can help you fall asleep earlier. If you watch in bed and do not do other things at the same time, you can sleep longer, the quality of sleep is also better.

The study’s results don’t mean you can watch your computer, phone, or electronic device, said Morgan Ellithorpe, study author and assistant professor in the University of Delaware’s Department of Mass Communication. It doesn’t matter how long before you go to bed, but you need to watch content that makes you feel relaxed, comfortable, helps you sleep, or at least does no harm.

However, do not take up sleeping time to watch movies, if you really want to watch, try to limit the time to about 1 hour.

Previous studies have shown that blue light can interfere with sleep. However, research in the Journal of Sleep Research seems to dispel that notion.

According to Ms. Morgan Ellithorpe, the subjects of the study that showed that blue light affects sleep in the past were mostly children, and the link between the two is quite clear, but the effect of blue light on adults is similar. relatively small.

In addition, the movie content is also related to sleep. Ms. Morgan Ellithorpe said that dramatic, stressful, suspenseful content can make people want to continue watching or not be able to calm down to go to sleep; on the contrary, if the content is relaxing, entertaining and we do not do other things at the same time, it can increase the quality of sleep.

However, Ms. Morgan Ellithorpe also said that if you scroll through your phone or watch TV more than 2 hours before going to bed, the average sleep time will be reduced by 40 minutes, so it should not be watched too long.


The best way to watch the phone, TV before going to sleep so as not to harm health – 3

Does blue light really affect sleep as much as you think? Mr. Cai Yuzhe, supervisor of the Taiwan Association of Applied Psychology, pointed out that children are actually more sensitive to light than adults and the suppression of melatonin secretion is caused by watching phone and television screens before going to bed is also more obvious, the reason children’s lives are relatively simple.

But from another angle, Mr. Cai Yuzhe said, the average sleep time of the subjects in the above study is less than 6 hours, which shows that they may be very busy and do not sleep well, so the watching cell phones and television as a way to help them relax and sleep well; In addition, it may also be because they are tired and need to sleep, so whether or not they watch the phone or TV doesn’t make much of an impact.

“However, there is an interesting point mentioned in the above study is what content should be viewed from the media,” said Cai Yuzhe.


The study excluded participation in social media activities that could keep you busy or overly absorbed, but only referred to viewing content that was relaxing, thoughtless, and non-intrusive. to sleep, which is consistent with the arousal hypothesis in psychology, which means that if an event causes a person’s psychological or emotional ups and downs or creates an muscle for them to take action, it will affect sleep.

“So many people say that surfing the phone before going to bed is very relaxing, if your eyes are tired, just turn off the phone and rest, not tired but also sleep very well,” said Mr. Cai Yuzhe.

However, Mr. Cai Yuzhe also said that the above study shows that the type and content of media are factors affecting sleep, this is a creativity, but because there are too few research subjects and themselves they also don’t get enough sleep, so drawing conclusions is still flawed.

“The general recommendation is still not to watch phones, TV and electronic devices for too long. The safest way is not to watch 30 minutes before going to bed. If you really want to watch, the time should not exceed 1 hour. Watch content that is light, relaxing, doesn’t need to think much, and avoids dramatic and stressful content,” said Mr. Cai Yuzhe.