The Australian wine industry has been hit with “scourges” in China 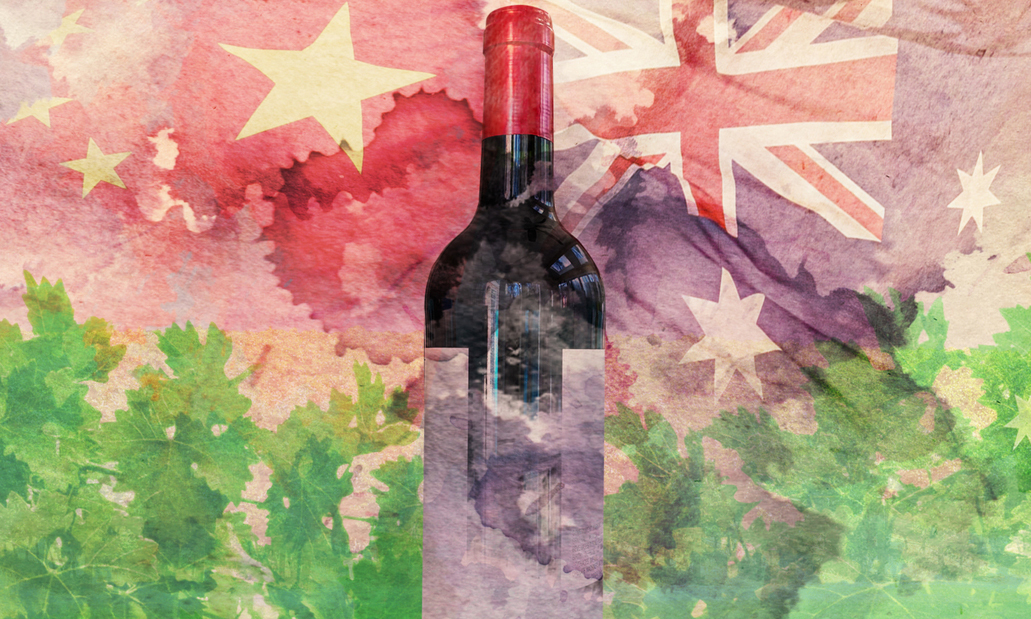 It took Jarrad White nearly a decade to build a business in China, but tensions between Australia and the country over the past few months have left them on the brink.

This difficulty is not due to the quality of White’s wines produced in the McLaren Vale vineyard – one of Australia’s leading vineyards. This is the result of months of diplomatic tensions between China and Australia.

It took White years in Shanghai to establish a distribution network for its Jarressa Estate brand for the booming Chinese market, where middle-class demand for foreign wines has grown rapidly.

In the middle of last year, more than 96% of Jaressa Estate wines were sold in China, up to 7 million bottles a year. However, in November 2020, Beijing announced the imposition of tariffs on Australian wines as part of an “anti-dumping investigation” in China. According to the government, this investigation was prompted by complaints from Chinese winemakers. Since then, White said he could not sell any more bottles.

“It hit us badly. We had a lot of payables and orders had to change. It put us in a very awkward position,” White said. .

Not only White, but hundreds of Australian wine producers who have invested heavily in the Chinese market are also facing uncertain futures. According to Wine Australia, the amount of wine exported to China dropped to 0 in December last year. For the whole year 2020, the total export value of this item from Australia to China will decrease by 14%, to only $ 790 million.

Australia is the fifth largest wine exporter in the world and is also home to the world’s top wine regions such as Barossa Valley and Hunter Valley.

According to Wine Australia, the wine industry contributes up to 35 billion USD to this country’s economy each year. Before November 2020, China was Australia’s largest wine market. In 2019, more than a third of Australian wine was exported to China. China bought 840 million USD from Australian vineyards. That year, the amount of wine Australia sold to China was as much as the US, UK and Canada combined.

According to Alister Purbrick, 4th generation wine producer and CEO of Tahbilk Group, Australia has been building the wine business in China for many years. However, it only really grew after the two countries signed a free trade agreement in 2015, which eliminated 14% of Australian wines.

This move accelerates one day in the growing industry. In the period 2008 – 2018, wine exports to China increased from 73 million USD to more than 1 billion USD. Chinese wine demand is not limited to Australia. France is still the top exporter to China, Australia second, Chile also increased strongly.

Australian red wines are still popular with Chinese consumers, Purbrick said, although they have recently started switching to moons and sparkling wines.

Zheng Li, owner of a wine company in Hangzhou, thinks Australian wine has been successful in China. In his opinion, it is better than wines produced elsewhere and is also cheaper, mainly due to the free trade agreement between the two countries.

McLean said that some wine manufacturers and sellers in China are also invited to visit the vineyards and taste their products. According to Purdick at Tahbilk Group, some vineyards in Melbourne have also hired Chinese interpreters to serve this group of customers.

Tensions between China and Australia

China has maintained measures to prevent cheap wine from damaging its domestic market. However, the Australian wine industry believes that this actually has more to do with tensions between the two countries.

Relations between Australia and China began to deteriorate faster last April after Prime Minister Scott Morrison called for an international investigation into the origin of Covid-19. This made Beijing very angry. Even a spokesperson for the Ministry of Foreign Affairs of China said that Mr. Morrison’s statement was “irresponsible”.

“Maybe Chinese people will ask why we drink Australian wine? Eat Australian beef,” the spokesperson said. Australian Financial Review. Soon after, Australian goods such as wood, beef, some types of coal and finally wine had difficulty entering the Chinese market.

In August 2020, China launched an anti-dumping investigation on Australian wines. By November, this item was subject to a tax of 212% and so far it is not clear when the tariff is applied.

Before the tariffs were imposed by China, the Australian wine industry also faced a difficult year. A series of natural disasters caused vineyards in this country to reduce their production by 40% in the first half of 2020. Next, a pandemic caused a drop in orders from other countries around the globe. “These two effects are still too small compared to the influence from China’s tax policy,” Purdick said.

Currently, Australian winemakers have to find a new way to reduce their dependence on the Chinese market. Some are hoping for India, or smaller markets like Kazakhstan and Uzbekistan. Besides, a free trade agreement with the UK after Brexit may also open up the opportunity to reduce tax on Australian gold wine in this market.

Still, finding international customers in the pandemic year is still very challenging. Some manufacturers are still expecting the Australia-China tensions to be resolved, though it could take longer than a year.

However, Purbrick assessed that even if the tariffs are loosened, the Australian wine industry will not be too dependent on China or any other international market.

“We can draw valuable lessons from the current situation. How do we go along with the same market, the customer that when it collapses can not drag us. “, he said.

Tu Anh (According to CNN)