‘The audience does not feed the artist’ and the gratitude of Ly Hai, Den Vau 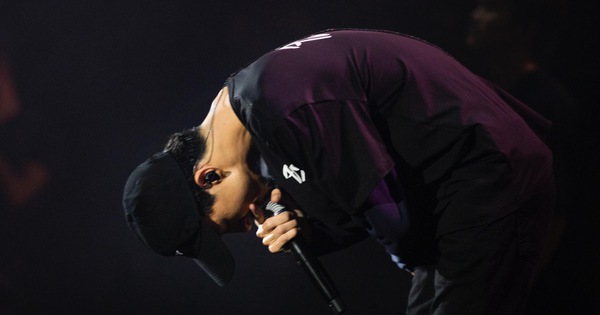 In the past few days, a stage director’s post about “The audience does not feed the artist” and “the artist does not need to thank the audience” has caused a lot of controversy.

The audience may not literally “feed” the artists because they have worked hard, everyone can support themselves, even with the meager wages, from the most arduous jobs. When making money with their own labor, people have the right to be proud and not have to raise their hands to ask for a “cup of rice”.

However, art is a specific profession, which does not make money as a “salaried person” but depends on the audience’s level of interest. The proof is that the most popular artists, the most audience are also the richest in showbiz. For people with millions of followers on Facebook, advertising prices can be up to 100-200 million per post.

But beyond money, artists always need to appreciate and respect the audience. As director Ly Hai acknowledged that the film’s big win was due to “loving relatives”, while rapper Den Vau called the audience because they were “Dong Hom”, sympathizing hearts, not because they “raised” him. 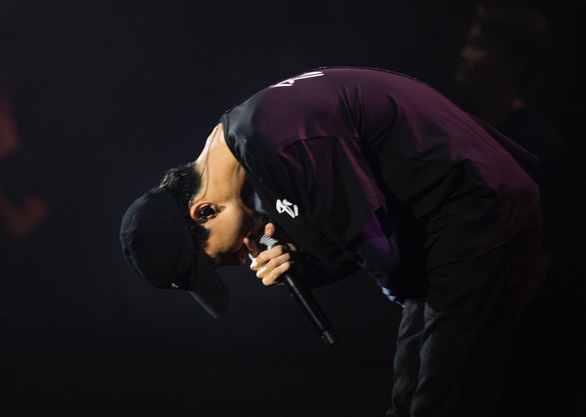 Rapper Den Vau bent over to thank the audience and those who supported him during the live show in November 2019 – Photo: NVCC

“Thank you for each share, the comments expressing your thoughts, the articles of the press and broadcasters have clarified the spirit of the song and brought it to the ears of many listeners. I hope Hide and seek It will be a moment to relax and recall the beautiful little things in everyone’s heart.”

That’s Den Vau’s gratitude to the audience (whom he calls “Dong hom” in capital letters) and the press after the MV Hide and seek debut. This is not an idle thank you, but it says the most valuable thing the audience brings to the artist: empathy.

How many people are touched by the rap line of Den Vau “The loneliness of adults is when they want to hide but no one is looking for them” because it goes deep into the helplessness and lostness of people growing up.

In the words of Den Vau, he considered the press very fair: the articles clarified the spirit of the work, helping his humanistic message reach more people.

In short, the relationship between the artist and the audience is much more noble than money. Every time they find a similar artist, the audience admires and appreciates that artist in a worthy way, even honoring them as an idol. And on the other hand, saying that artists do not need to thank the audience is a mistake.

A work of art always has a part understandable to the general public, one or more parts hidden deep beneath many layers of seams that need to be understood and analyzed. And when the artist’s work is shared by many people, it is also a happiness that money cannot replace.

The value of art and the artist, therefore, is also far more noble than the commercial value of the work. If a work is excellent, it will last for hundreds of years, thousands of years, inspiring and moving generations. And if that is the case, the audience does not literally “feed” the artist, they are millions of people who have “nourished” the lasting vitality of the work and of that artist.

Similar to Den Vau, director Ly Hai also gave a simple explanation for the film’s hundred billion achievements Flip face: 48h recently. He briefly said: “Beloved by relatives, so I have the opportunity to surpass myself and continue working 6 . Flip serve the audience. I don’t know how to express this joy and gratitude.”

“Beloved by relatives”, short and precise.

If there is no sense of that love, then when the movie Godfather Earning more than 400 billion VND, actor Tran Thanh did not have to bow his head to thank thousands of viewers during his exchanges throughout the provinces.

Singer My Tam also once said to fans: “As a stranger, a stranger, why do you guys love me so much?”. Yes, the audience is a stranger, but sometimes they are relatives when their hearts are in harmony with the artist.

Artists should continue to look for such hearts, instead of thinking that the audience only brings temporary money through buying tickets, watching videos, buying products.

Partly because of the lack of respect for the audience, some Vietnamese artists have been involved in scandals like the past time. They either behave differently, causing artist Huu Chau to warn the artist: “What to do, don’t let good people love and appreciate this profession, they think they are all fierce people. . Children, children!”.

Or they advertise for products of poor quality, of unknown origin, capable of deceiving consumers. Qadvertising poor quality products, risking causing users to “lose their money”, famous people helped the producers profit from the audience’s money.

In doing so, will the celebrity’s respect for the audience remain? If they no longer appreciate it, they should stop calling themselves artists.